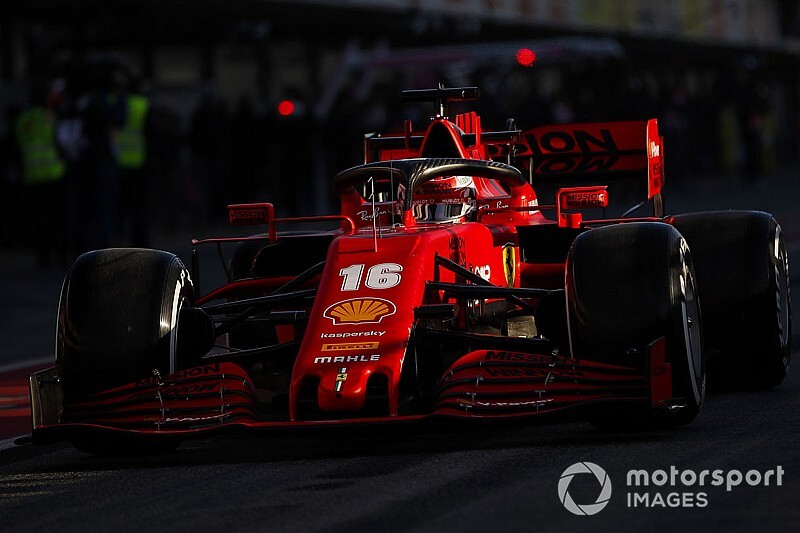 If you were to base your expectations for the 2020 Formula 1 season on the face value of the opening week of testing, the outlook would be bleak.

Mercedes swept to a one-two finish on Friday as both Valtteri Bottas and Lewis Hamilton closed out the opening test with performance runs, closing on the track record set last year.

Amid the buzz of its dual-axis steering system debut, the underlying pace of the Mercedes W11 looks fierce as ever.

Contrasting Mercedes’ strength was Ferrari’s understated start to testing as it ended the test 2.6 seconds off the pace. While the team stressed there was no intention to chase outright performance in the opening week, the gap to the front has still surprised most.

But Mercedes knows all too well how quickly things can turn around. The team looked in big trouble at the end of the opening test in 2019, only to roar back in the second week with an extensive update package that paved the way for its double title win.

In a feature recapping the opening test published by Mercedes on Friday evening, the team looked to give a clearer picture of the pecking order, but remained largely coy.

“No-one wants the egg on their face of claiming that they are faster than another team, because they can never know for certain what was hidden or what is coming next,” the piece reads.

“For example, will Red Bull bring a significant upgrade package to the second test?

“Why have Ferrari spent this test running their PU consistently at much lower levels than their partner teams?”

The final line is the stand-out point: as per Mercedes, the Ferrari power unit is nowhere near turned up to its full potential yet.

It’s an assessment that tallies up with the data. A close look suggests Ferrari may have been running its power unit as much as one second per lap off the pace - meaning the gap at the front is far from representative.

Ferrari’s top speed on the opening day (192.9 mph) was 7.2 mph down on the best set by customer team Alfa Romeo, and 9.3 mph off on Thursday. On the final day, Vettel popped up with a 204.4 mph recording at the speed trap - soon followed by his engine failure.

Vettel explained that Ferrari had not been looking to stretch the legs of its power unit - and said it may not look to do so at all through testing.

“You can play around a lot with engine modes, etc. I think right now the target is not to prove the maximum power of the engine, the target is to do as many laps as possible,” Vettel said.

“I think then ramping up the engine and so on, it's probably not something you want to do in testing and certainly not to show everyone. It's not on the agenda as far as I know.”

Vettel’s comments tie in with the understated message Ferrari has put out throughout testing, acting as the polar opposite to the hype that built around its performance in testing last year.

“We changed the approach to the testing and the programme,” team principal Mattia Binotto explained.

“We focused the first session – so all three days – in trying to map the car [in] various aero configurations, various mechanical configurations, without really trying to optimise the set-up and look for overall performance.”

But Binotto conceded he was uneasy about where Ferrari stood against its rivals: “It’s true last year I was more optimistic at that stage, because the lap time was easy to find out. It seems a bit more difficult.

“Our competitors are apparently very strong, but I think we should not forget the history of last year and let’s wait first for next week and Australia to better understand the true picture.”

But even with its times capturing the headlines at the front of the field, Mercedes has also been keeping things in perspective.

Valtteri Bottas was quietly satisfied with his first week of running, noting decent improvements in the new W11 car.

“It’s been a good feeling. No massive balance issues with the car, the behaviour has been pretty good, and I feel we’ve made good improvement every day with the car,” Bottas said.

“Even though there were no massive problems, there’s always things you’re fine-tuning with the balance, balance through different speeds and types of corners. We’ve been getting that better and better, towards where it should be.

“In general, it’s been quite good. But to say more than that as this point is a bit too early.

“But there are no real negatives compared to last year yet, so it’s positive.”

Mercedes may be leading the pack, but so long as Ferrari keeps its cards close to its chest, intrigue over the true pecking order at the front will remain - potentially until lights out in Melbourne on March 15.