Mercedes is facing a last-minute drama ahead of the Canadian Grand Prix after the team discovered an hydraulic leak on Lewis Hamilton's car. 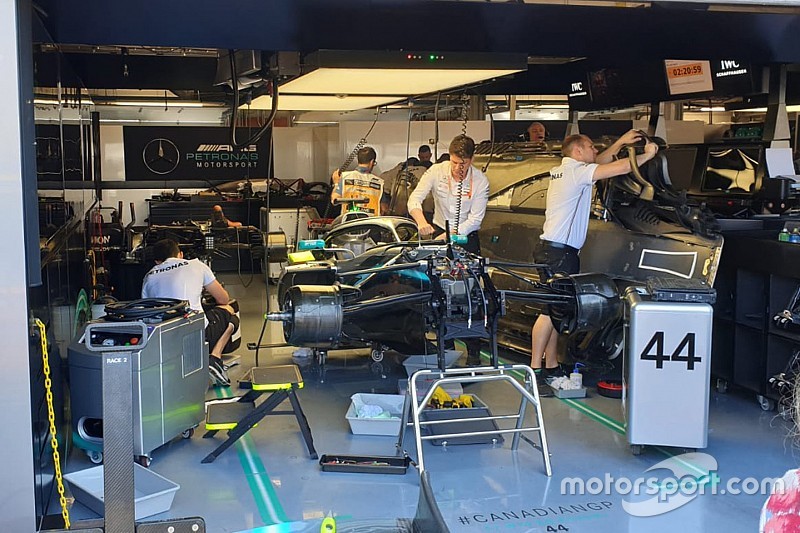 Hamilton had qualified second for the race in Montreal, with Ferrari rival Sebastian Vettel having taken pole position.

But the team found itself needing some extra work to get to the bottom of an hydraulic leak on the car that it discovered on Saturday night.

As Giorgio Piola's exclusive photograph shows, the team had to remove Hamilton's engine and floor on Sunday morning to try to find the cause of the leak so it can be fixed ahead of the race start.

Although parc ferme conditions exist, if Mercedes is able to fix the leak without changing specification of parts then Hamilton will be able to take up his second spot on the grid.

A Mercedes spokesman said: "We have diagnosed the source after the car came out of parc ferme and are now putting the car back together. We plan to be ready [for the race]."