Mercedes felt it was "almost impossible" tyres would last 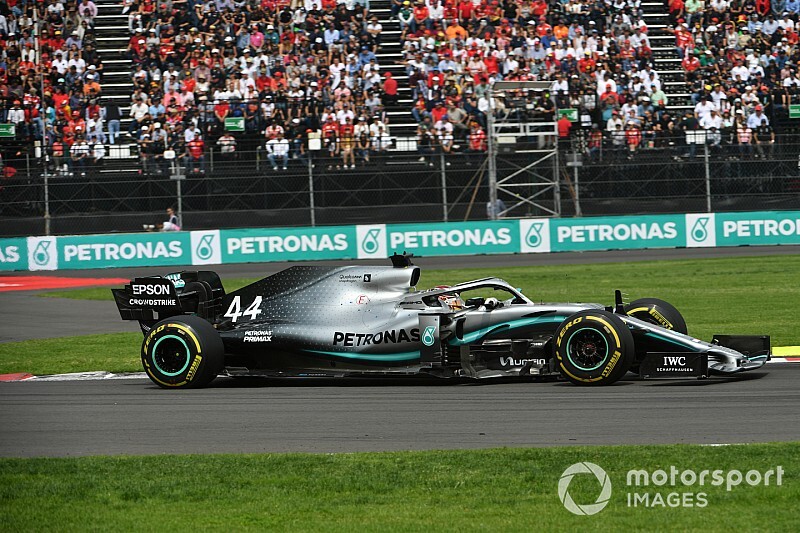 Mercedes has admitted that it was "not convinced" Lewis Hamilton's tyres would last to the end of the Mexican Grand Prix, but said it had to do something bold if it was to beat Ferrari.

Hamilton pulled off a brilliant win in Mexico after an early switch to the hard compound gave him track position, but also a mammoth task in nursing his rubber for 47 laps.

Reflecting on the strategy call, Mercedes motorsport boss Toto Wolff said that the option of going to a one-stop opened up when the team realised Daniel Ricciardo's early hard stint showed promise.

"We were not convinced," said Wolff about the tyres lasting to the end after Hamilton's stop.

"There were two main factors. One we knew that we had to take a risk when you are starting third and sixth. It is easier to come up with some bold strategies providing you come up with a good car, which we had today, and fantastic drivers. So we knew we needed to do something different.

"And we saw Ricciardo going long on the hard tyres, I think he had 30-odd laps and was posting green lap times. Then we had quite some discussion and in the end, what James [Vowles] and his strategy department opted to go long, it worked out."

Hamilton questioned over the team radio how early his stop was, although Mercedes was convinced that that the world champion could pull off what seemed a difficult task.

"We knew it was going to be stretched and even the best driver needs to rely on the material," added Wolff.

"Forty seven laps sounded like almost impossible, but then when you look at the data from the first stint and Ricciardo and Max [Verstappen] going strong, it kind of made sense. But visualising 47 laps, it sounded like an awful lot of laps."

Wolff also said that the team's main threat was always going to be Vettel on the one stop, rather than Charles Leclerc who was put on a two-stop strategy.

"Vettel was more of a worry," he explained. "We thought a two stop could have been the main game plan in the beginning.

"But in the first stint, the tyres behaved so well and held on so much better than expected that we pretty early on in the race switched to the one stop. So we were quite surprised early on that Leclerc committed so early to the two stop. Vettel was the worry for us."