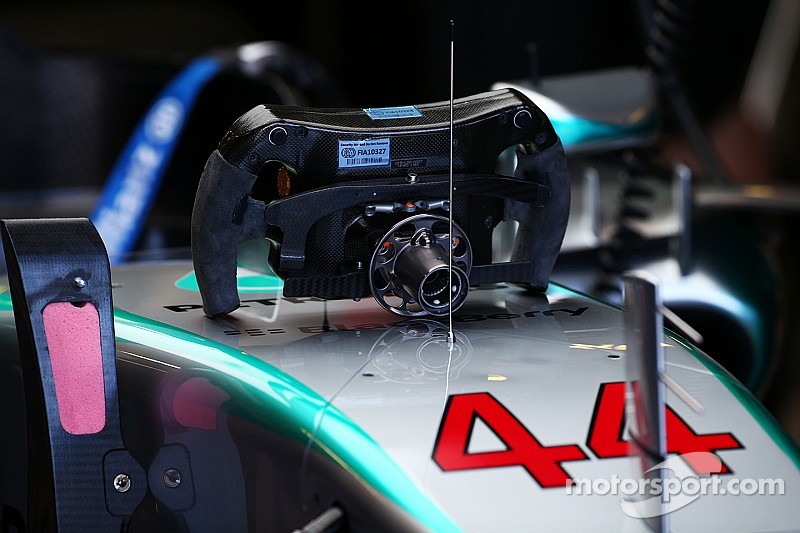 Mercedes chiefs have lashed back at those calling for immediate rule changes after the opening race of 2015.

Amid a diminished grid and earlier courtroom dramas for F1, the Mercedes giant's domination of 2014 then appeared only to have been extended further in Australia.

Lewis Hamilton was 1.4 seconds clear of any non-Mercedes rival in qualifying, and then stood accused of sandbagging in Sunday's race - even though the nearest non-Mercedes rival, Ferrari's Sebastian Vettel, was 34 seconds behind at the chequer.

"That wasn't Mercedes' real pace today," Williams engineer Rob Smedley said on Sunday. "The real pace is what we saw in qualifying."

I think 'just get your f***ing head down, work hard and try to sort it out.

Former world champion Red Bull, however, was lashing out in every direction as the Melbourne sun set on the first round of the new F1 season.

Australian journalists were busily writing up stories of a 'boring' race, while Christian Horner and Helmut Marko were slamming engine partner Renault and warning that Red Bull mogul Dietrich Mateschitz might quit F1 in protest of the current rules.

"Yes," said Marko, "there is a danger that Mateschitz will lose his passion for F1.

"The technical regulations are incomprehensible, too complicated and expensive. We have let F1 be governed by engineers.

"But our designer Adrian Newey has his creativity castrated by these engine regulations. They are killing Formula One!"

We are all here to bring the maximum in technological innovation, the best car, the best engine, the best drivers and try to win the Grand Prix.

"I think 'just get your f***ing head down, work hard and try to sort it out'," said the Austrian.

He then suggested Marko and Horner should take their 'wailing' out of the F1 paddock.

"Those who continuously criticise have no idea what they are talking about," said the F1 legend.

"We are all here to bring the maximum in technological innovation, the best car, the best engine, the best drivers and try to win the grand prix," Lauda told the Austrian news agency APA.

"That is the goal in Formula One. If others are here because of other things, they don't know what they're talking about," he insisted.

Lauda said there was nothing wrong with the image presented by F1 on Sunday.

"Ferrari is back on the podium, so how is that bad for Formula One? Everything comes from Red Bull because they're annoyed their car doesn't work."