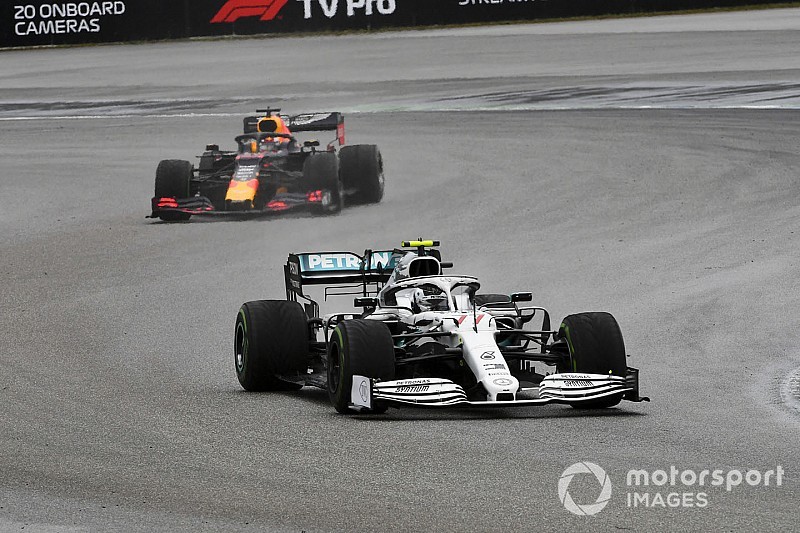 The "mighty" performance of Mercedes in low-speed corners has left Red Bull in no doubts that it is facing a tough task to win this weekend's Hungarian Grand Prix.

While the tight and twisty confines of the Hungaroring should in theory be the perfect stomping ground for the Red Bull-Honda package, team principal Christian Horner thinks the form between the top teams this year has changed.

He believes that Mercedes has turned around an old weakness it had on slow-speed circuits into it now being one of its core strengths.

Asked by Motorsport.com if he believed Red Bull was favourites for this weekend, Horner said: "Hungary is a track we enjoy going to. But Mercedes's slow corner performance is pretty mighty, and I think they're going to be tough opponents."

Red Bull has cause for optimism that it can at least launch a challenge based on the recent progress it has made with its RB15 though. In Max Verstappen's hands, the car has won two of the last three races.

Horner is convinced that his team has now unleashed some good potential from the car, but feels it still needs to add more speed if it is going to regularly challenge Mercedes.

"We've got stable regulations from 2019 into 2020, so whatever we learn this year applies to next year. So we want to keep the trajectory going the way we are."

And although Red Bull's motorsport advisor Helmut Marko still has his sights set on five wins this year, Horner says he does not want to set specific targets for the team.

"I never talked about five wins," he said. "Helmut, that's his objective and optimism. I take each race at a time.

"We've won two grands prix, which is fantastic given this is a transnational year with Honda. For Honda, if you think about the results they were getting a year or two ago, it's a phenomenal turnaround."