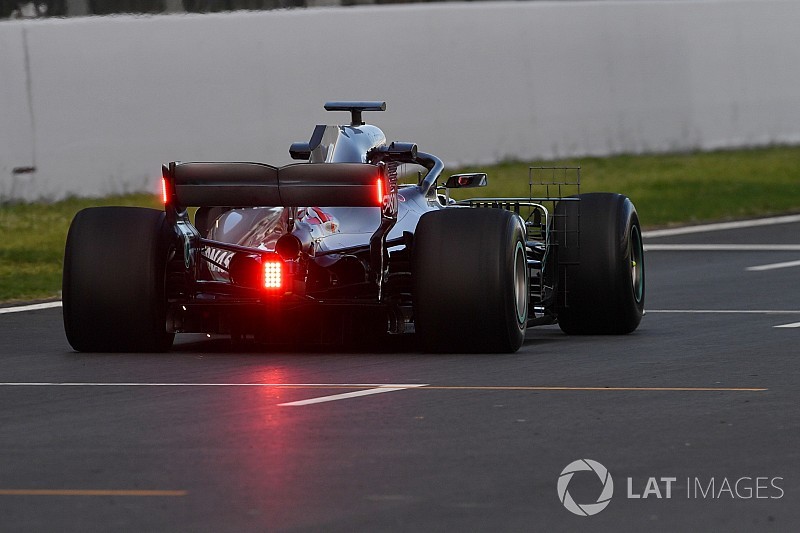 The Mercedes Formula 1 team has been running a new rear light arrangement in the post-Spanish Grand Prix test, as per request from the FIA.

Reigning champion Lewis Hamilton's Mercedes W09 has carried a strip of red lights mounted in each rear wing endplate during the morning session of the opening test day.

The strips are being trialled as a possible solution for improving visibility in heavy spray conditions, although sunny weather in Spain meant that the test could only really prove the functionality of the device.

Although the deadline for the 2019 F1 technical regulations has in theory passed, changes still can be made with a unanimous vote.

In addition, any safety improvements can simply be mandated by the FIA – as was the case with the halo, which wasn’t officially confirmed until late July last year.

Rear endplate lights are not a new invention, having already been seen in the WEC for several years, but this is believed to be the first practical single-seater version.

Design consultant Chris Beatty, who had some input into the 2018 IndyCar concept, noted today on Twitter that he has previously conceived endplate lights that show green, red, yellow and blue flags to following drivers.