Mercedes drivers surprised by gap to Red Bull in Hungary 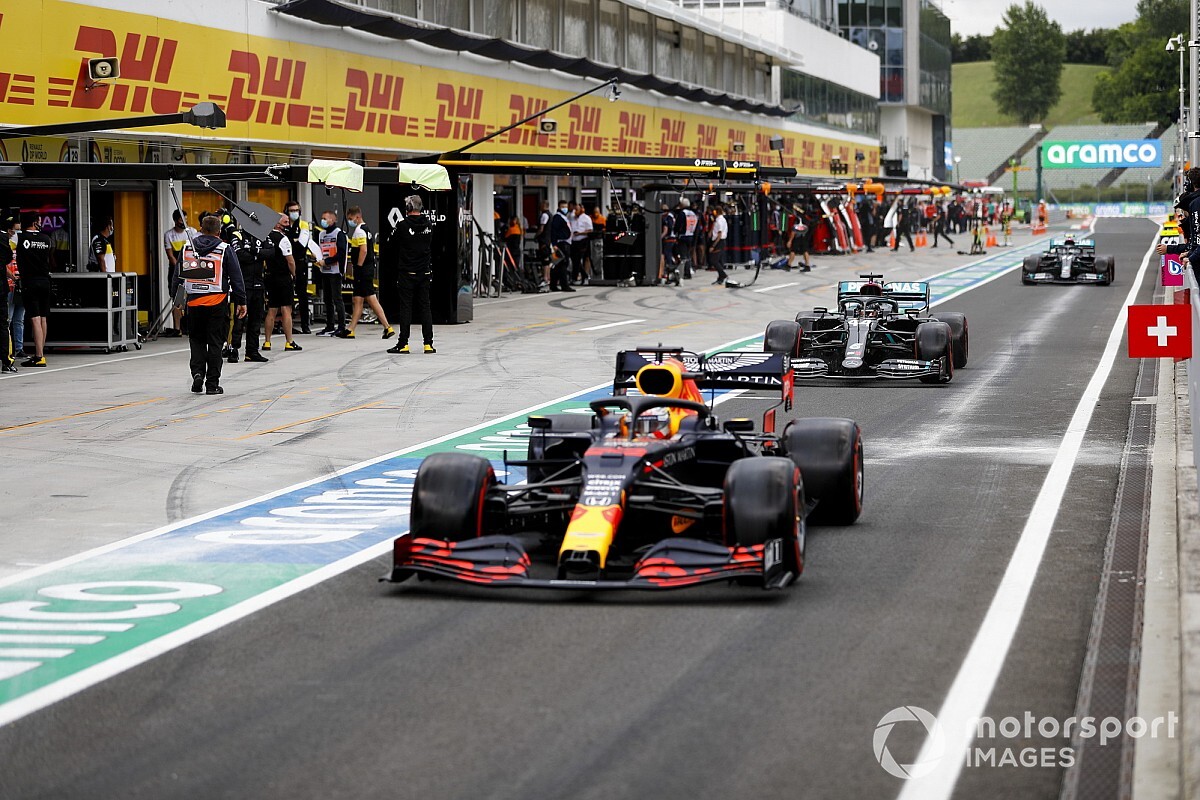 Lewis Hamilton and Valtteri Bottas are surprised by the gap between Mercedes and Red Bull in Hungary Formula 1 qualifying after the teams fought for victory in 2020’s opening rounds.

Red Bull hoped to be closer to Mercedes at the Hungarian Grand Prix after Max Verstappen took pole and battled Hamilton for the win at the same event last year.

The team also felt it was in contention for victory in the opening round of the 2020 season at the Austrian Grand Prix thanks to Verstappen’s contra-strategy against Bottas before he retired, and the Dutchman chased Hamilton in the opening stages of the Styrian race before finishing third.

When asked how surprised he was by the 1.402s gap from pole to Verstappen’s seventh place in qualifying at the Hungaroring – where Alex Albon qualified 13th – Hamilton said: “I didn’t know that was the case, but that is a really big gap.

“Definitely wasn’t expecting them to be as off as they have been this weekend.

“Because you saw the pace of them last year, this is not a power circuit, this is more about the car and the mechanical grip and aero package.

“I thought that they had a better package than I guess today’s result showed. But I don’t know if they all had great laps or not, but still either way that’s a big, big gap.”

“For sure I was expecting them to be maybe potentially closer here than Austria.

“I also don’t know the details of how their session actually went – was it nice and clean or was there other issues?

“But the whole weekend they’ve not really been that close – so just surprising. Obviously I don’t know the details [of] why.”

Albon said he thought Red Bull’s qualifying result was because “firstly the others have made a huge step”.

“If you look at Mercedes, look at Racing Point, McLaren, they've all done a good improvement,” he added.

“We're a bit slower than we were last year, not by an awful lot but we are.

“We're not saying 'the car is unstable here or here, the car is washing out here or here', it's very much just a 'yes, we're just not quick enough really'.

“With set-up, it's not like we're a million miles out, the set-up for the car even this weekend is not bad at all.”