Mercedes has ruled out supplying Red Bull with Formula 1 power units following Honda's planned exit at the end of the 2021 season. 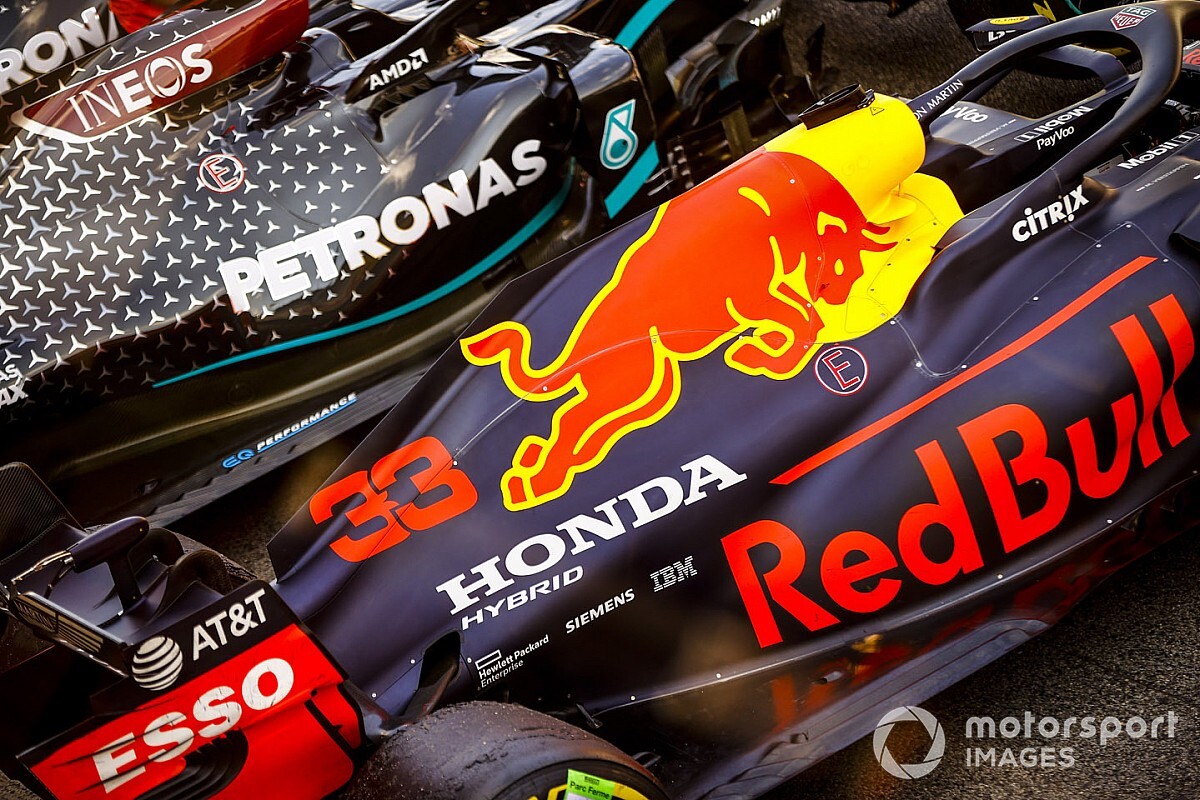 Honda announced last week that it would be quitting F1 at the end of next year, leaving Red Bull and its sister team AlphaTauri without a power unit supplier.

Both teams are now in search of a new engine partner ahead of the 2022 campaign, but appear to have limited options as just three manufacturers remain in F1 supplying engines.

Renault has said that it would be open to rekindling a partnership with Red Bull, having last worked with the team in 2018, but team principal Cyril Abiteboul doubted doing so would be Red Bull's plan A.

Asked by Motorsport.com whether Mercedes was open to working with Red Bull as a customer team, the manufacturer's F1 chief, Toto Wolff, ruled it out for "various reasons".

"The main [reason] being that we are supplying four teams including us," Wolff said.

"We are almost in a state where we cannot make power units for all of us, so there is no capacity.

"But I have no doubt that Helmut [Marko] will have a Plan B, as he said, and probably doesn't need to rely on any of the current power unit suppliers."

Red Bull team boss Christian Horner said that Wolff had "made it clear that Mercedes is not keen to supply an engine", therefore limiting the team "to two current suppliers in the sport".

Horner added that Red Bull had to "take our time to do the necessary investigation and due diligence" about its options for 2022.

Mercedes was previously in talks with Red Bull about an engine supply when it was trying to cut ties with Renault back in 2015, only for the move to be rejected by the German manufacturer's board.

Red Bull also discussed a possible partnership with Ferrari at that time, but the Italian marque feared it would have been "dangerous" to its own competitiveness.

Current team principal Mattia Binotto said supplying Red Bull from 2022 was not something it was currently considering, and would only do so if approached.

"It is something that we need to start considering now, I think we have not decided," Binotto said.

"I think it will be down to Red Bull eventually to look at us and ask for a supply. They are a great team, no doubt, and I think supplying them is as well a lot of energy which is required.

"Timing-wise, there is very little time because we need to organise ourselves. 2022 is just here behind, so as we said, it was somehow sudden news from Honda and now we need to consider something that was not considered a few days ago.

Eifel GP Friday as it happened