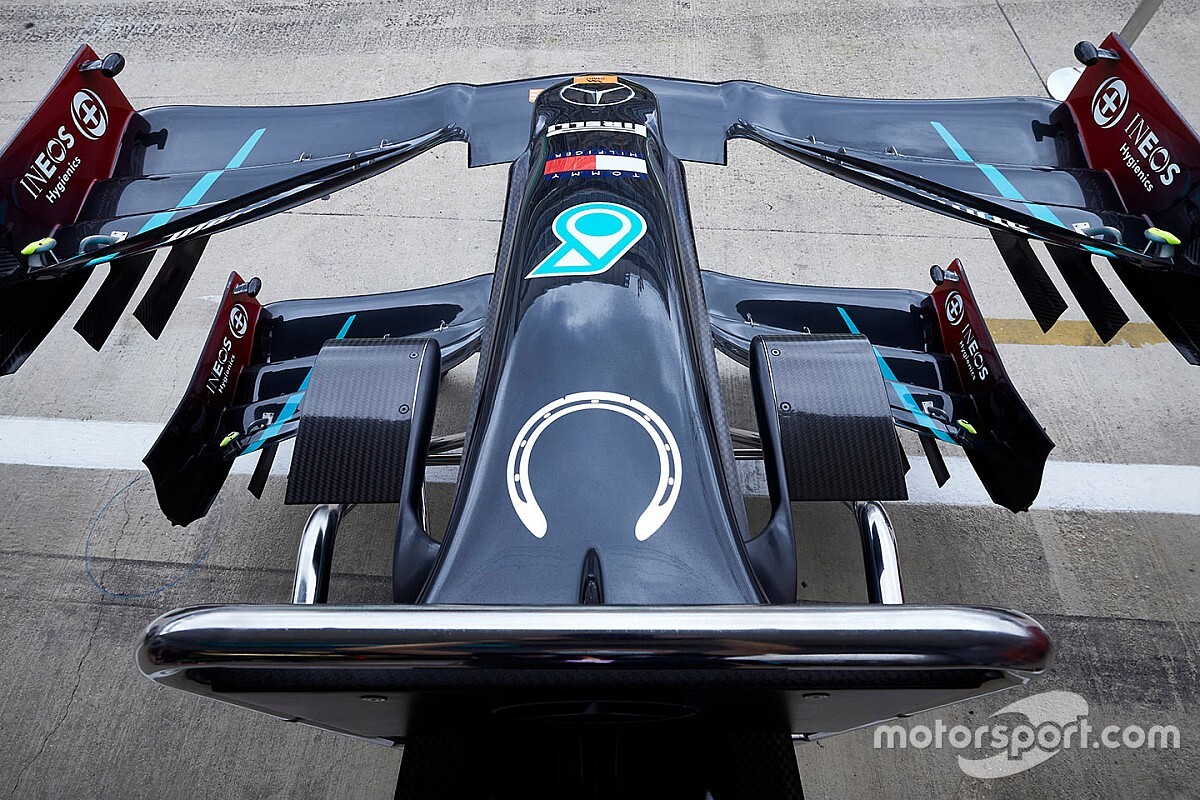 Mercedes has revealed it will race with a tribute to Sir Stirling Moss on both of its Formula 1 cars at this weekend's 70th Anniversary Grand Prix.

Moss died at the age of 90 in April, sparking an outpouring of tributes from across the motorsport world following his passing.

Moss finished as runner-up in the F1 world championship in 1955 with Mercedes, scoring victory from pole position in the British Grand Prix at Aintree. He would go on to finish second in the championship on three more occasions.

Through much of Moss' F1 career, he raced with a horseshoe logo on his car which had seven holes in it.

The Moss family took a keen interest in horse riding, and seven was a lucky number for both Moss and his mother.

Mercedes announced ahead of this weekend's 70th Anniversary Grand Prix that Moss' horseshoe logo would be placed on both Lewis Hamilton and Valtteri Bottas' cars for the upcoming Silverstone weekend.

The tribute was suggested by motor racing historian Doug Nye, according to the team.

On Moss' passing, Mercedes F1 team principal Toto Wolff said: "Sir Stirling was a larger-than-life figure in our sport and one of the survivors of an age when motor racing was about danger, bravery and camaraderie.

"But most of all, Stirling's career was characterised by an impeccable sportsmanship and in this he truly set himself apart. He was a great figure in the history of Mercedes, both as a Grand Prix driver and the winner of the 1955 Mille Miglia.

"It is no exaggeration to say that we will never see his like again."