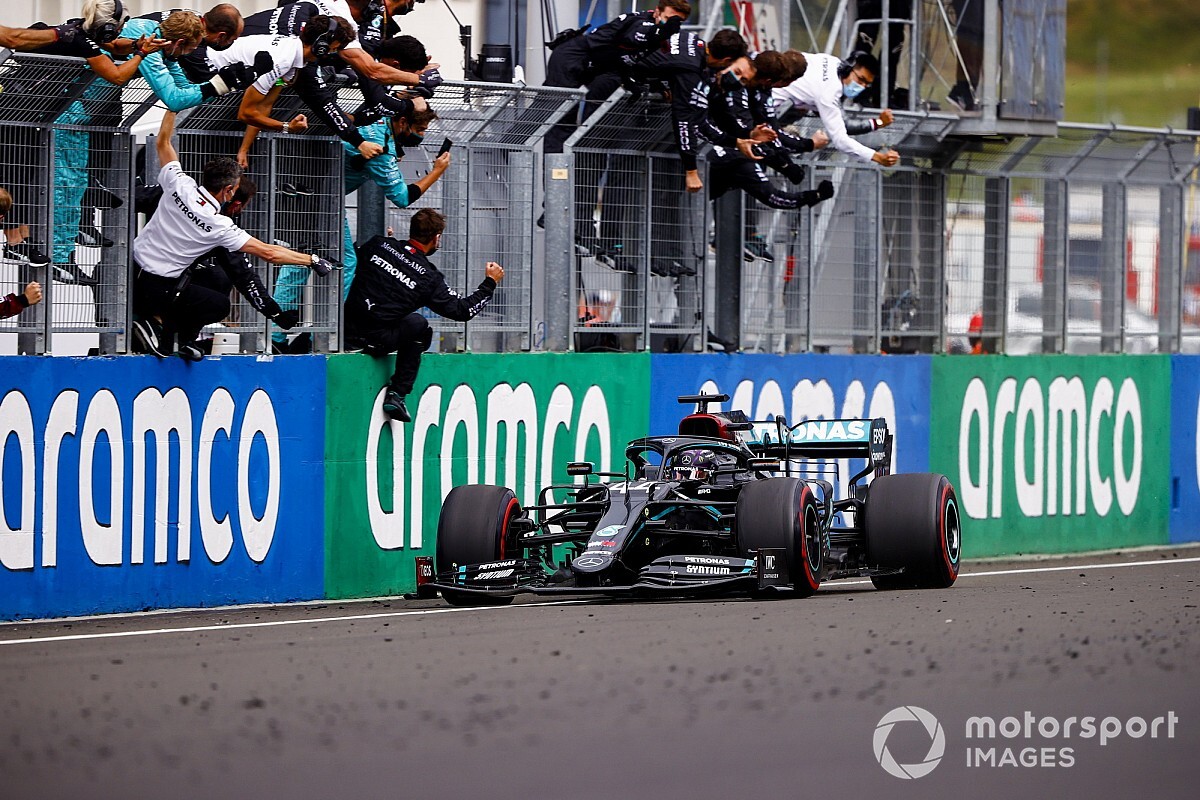 Mercedes Formula 1 technical director James Allison has cautioned that there are still concerns in the camp about racing in hotter temperatures this summer.

The Styrian and Hungarian GP weekends were both cooler than expected, and Allison says the team doesn’t know if its tyre management will be as effective when the track temperature goes up.

Helped by the DAS system, the Mercedes W11 has proved very effective on its tyres thus far.

“I'd note that we've had two quite cool tracks,” said Allison. “So far it was warmish in the first race of the year. But that was also the race where we were least convincing.

“So we would like to find out just how swift we can be when the track is roasting hot, and whether or not we can still show the sort of tyre management and pace under those conditions that we've been lucky enough to show in the opening races of the year.”

Allison warned that reliability issues still hang over the team, despite a 100% finishing record. He also noted that the decision to switch to development to the 2022 car will also play a role in how the form book looks until the end of 2021.

“I think anyone who had sat with us through the first weekend of the year wouldn't have entertained the idea of a Mercedes procession at that stage. They would have seen us all desperately worried about the car, and its ability to finish a single race.

“Every car on the grid has a sword of Damocles hanging over it pretty much every lap, because they are all experimental vehicles with any number of ways that they can catch you out, or actually, you disappoint yourself for not having seen it coming.

“We're only too well aware of the billion frailties that are there, even in a product that is pretty strong, like our car and driver combo that we've got this year.

“I think too that everyone will have a different view about how long to develop for, we're heading into some fairly big rule changes, both technically and financially.

“And what you decide to do in this year will definitely set the tone for what comes the year after. And precisely what decisions we make internally will affect our fate in the second half of this championship, and maybe others will decide differently.”

Allison says that struggling rivals have the opportunity to recover.

“In qualifying we looked very strong for a couple of races now. The race day though is tougher. The margin is not the same size in the race that it has been in qualifying.

“We're a sneak ahead than we were in the overall power of the team this year than we were the year before. However, I would say that that might be more to do with the competition having a little bit of a tougher time, rather than us having done something remarkable.

“And the relevance of that is that normally you can fix something that has gone a little bit wrong, and so the gap might be big now, but it will close down very quickly, [for example] if that sort of snappiness that you sometimes see on a Red Bull can be softened.”

Norris happy to see Russell make an impact with Williams