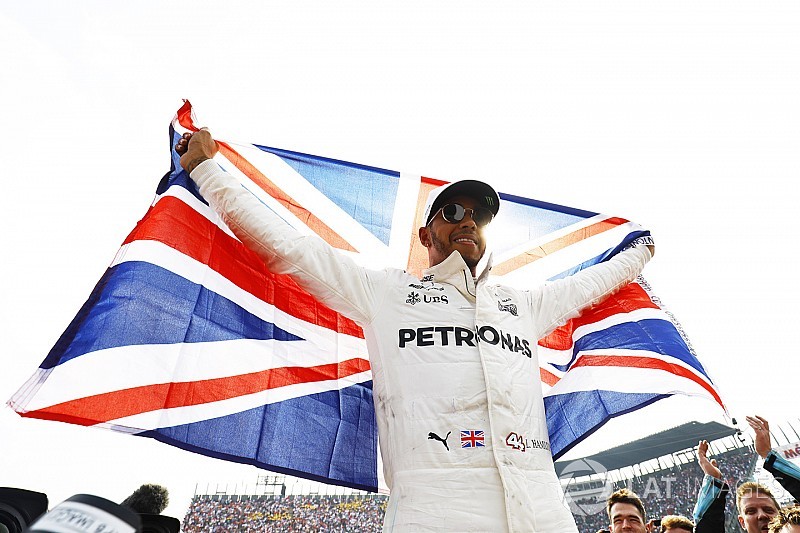 Motorsport.com has compiled some of the most interesting statistics and figures from last Sunday's Mexican Grand Prix. 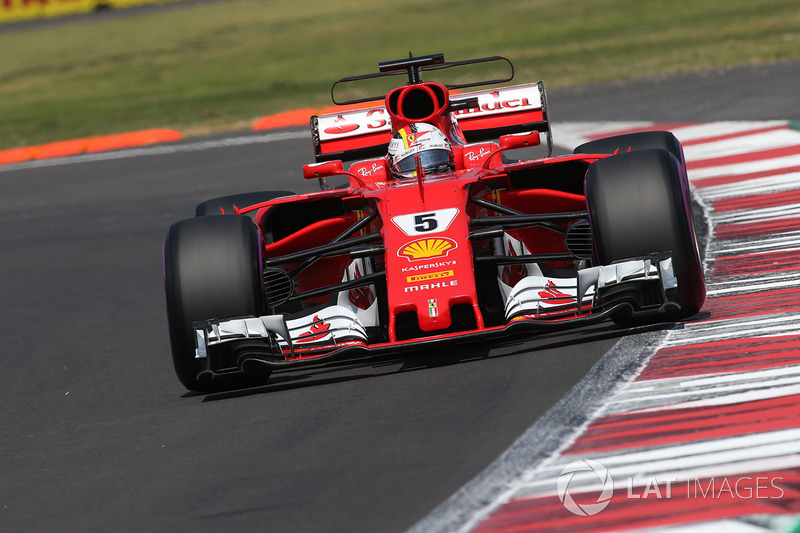 Sebastian Vettel notched his 50th career pole in Mexico. He is fourth in the list of most pole scorers, behind Ayrton Senna, Michael Schumacher and record holder Lewis Hamilton. 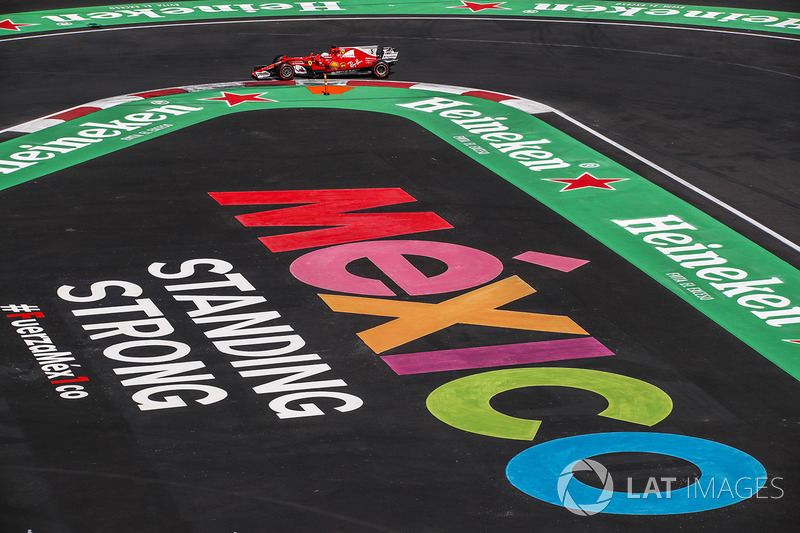 With a qualifying time of 1m16.488s, he also set a new lap record for the current configuration of the Mexico circuit, previously held by Hamilton with 1m18.704s 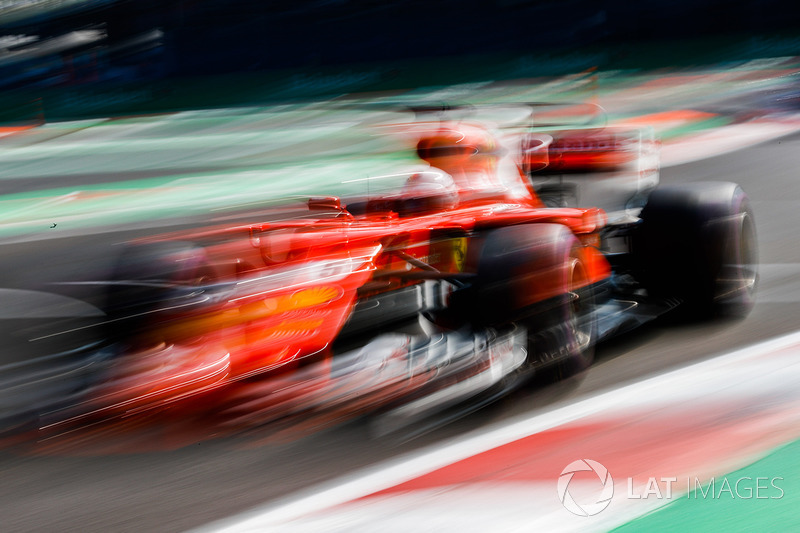 It was 213th pole for Ferrari as a team and 214 as an engine manufacturer. With this pole, the Scuderia has edged out Renault's tally of 213. 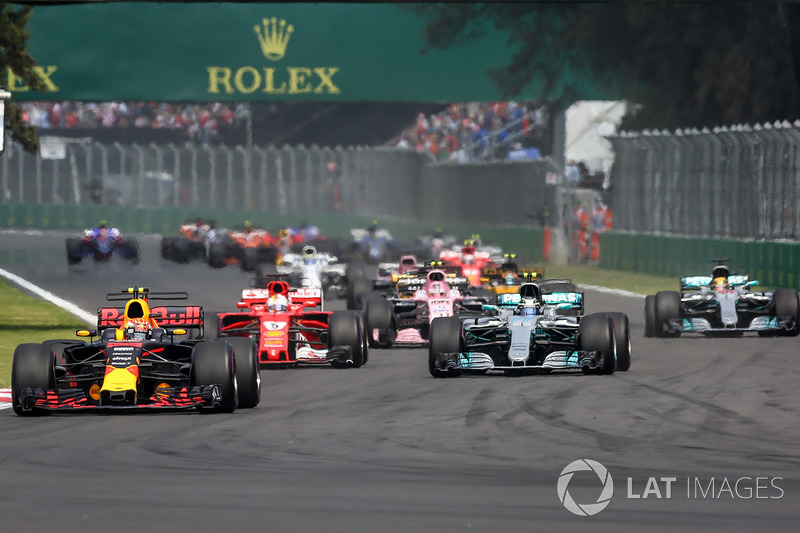 Vettel slipped two positions at the start, before clipping with one of Hamilton's rear tyres. For the third time this year (out of four), he wasn't able to hold on to the lead after starting from pole. 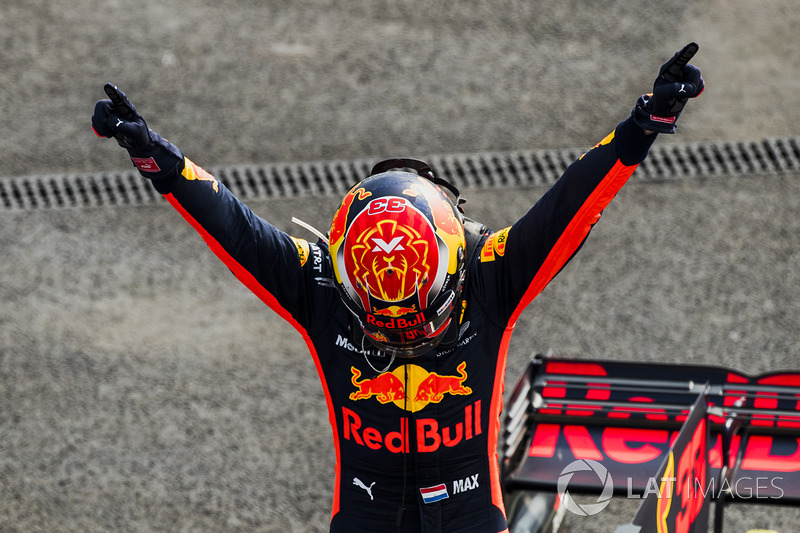 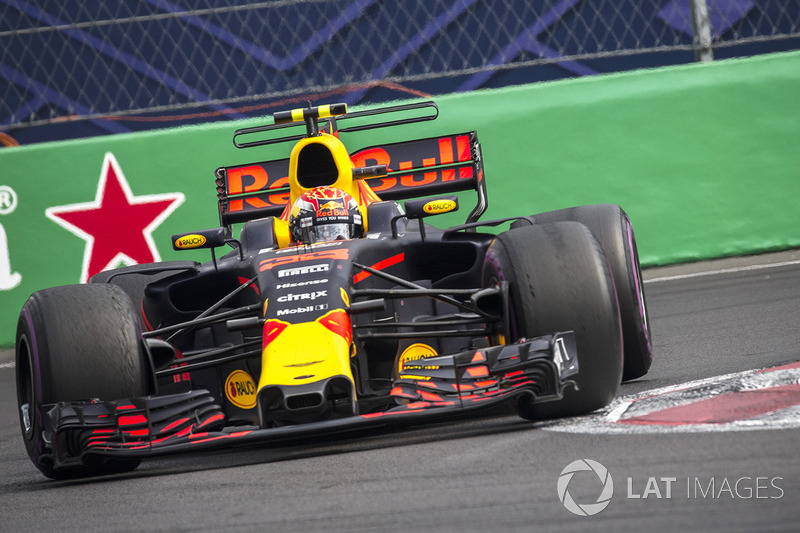 It was the first time Verstappen led all laps of a race. 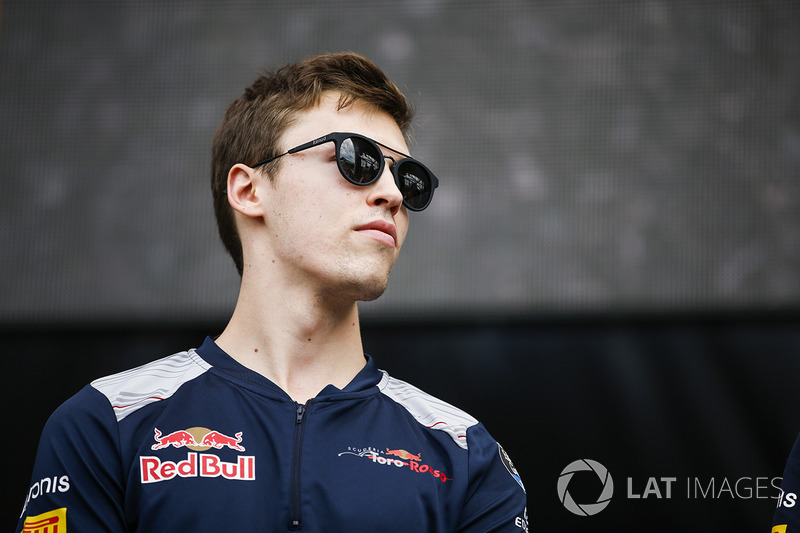 And like Verstappen's previous two wins, this one also came after Daniil Kvyat received some form of demotion by Red Bull. 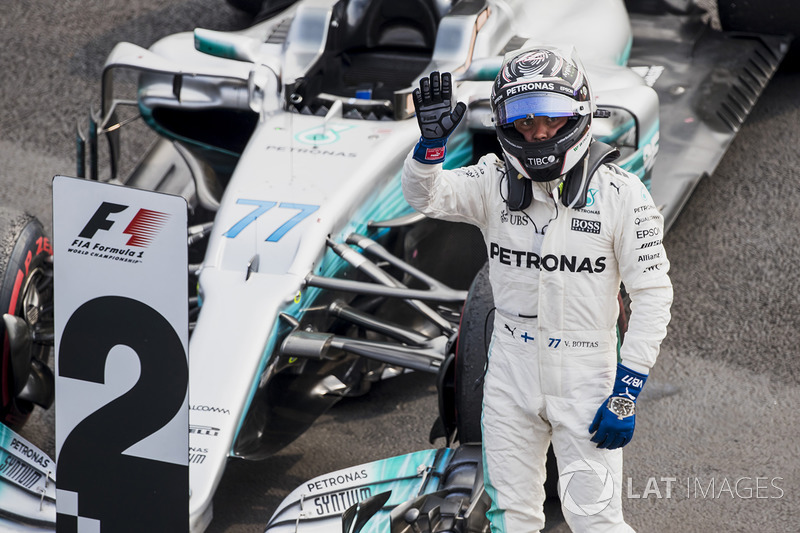 For Valtteri Bottas, it was his 20th career podium and 11th of the season. He now joins Giuseppe Farina and John Watson. 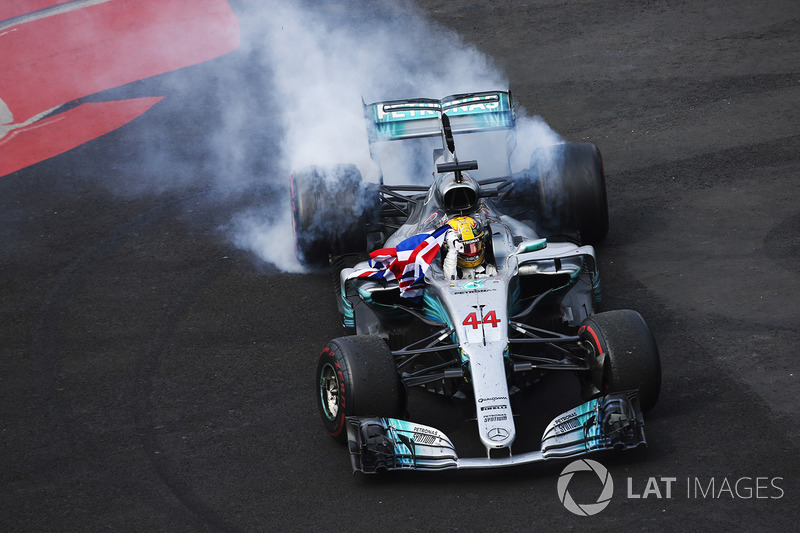 Bottas' second place helped Hamilton seal the title as Vettel had to finish in top-two to keep his championship chances alive. 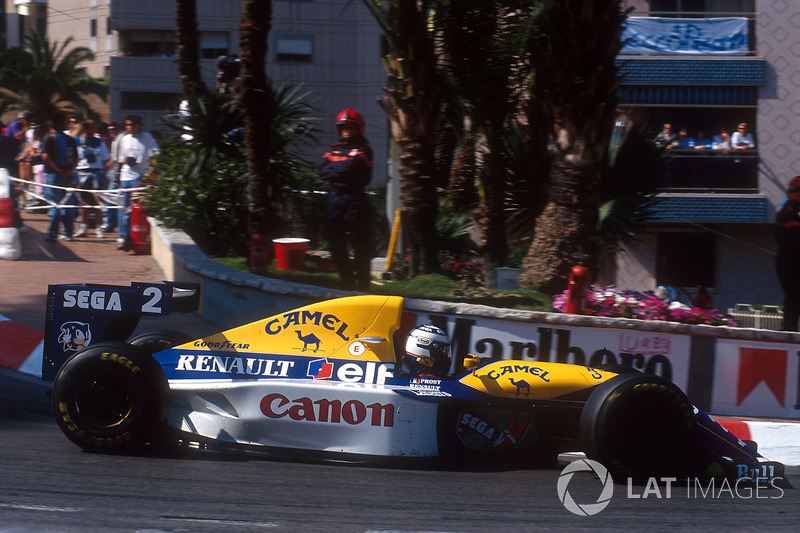 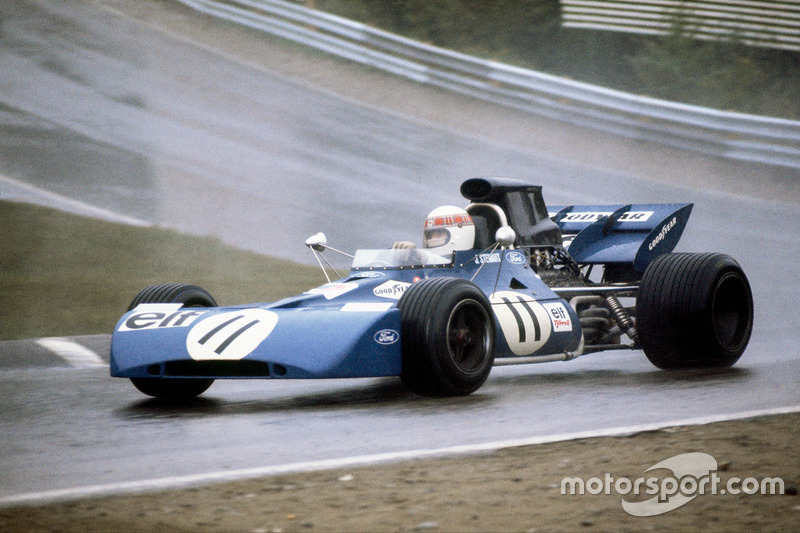 He is now the most successful British driver in terms of championship wins, ahead of Jackie Stewart, who won three titles in 1969, 1971 (pictured) and 1973. 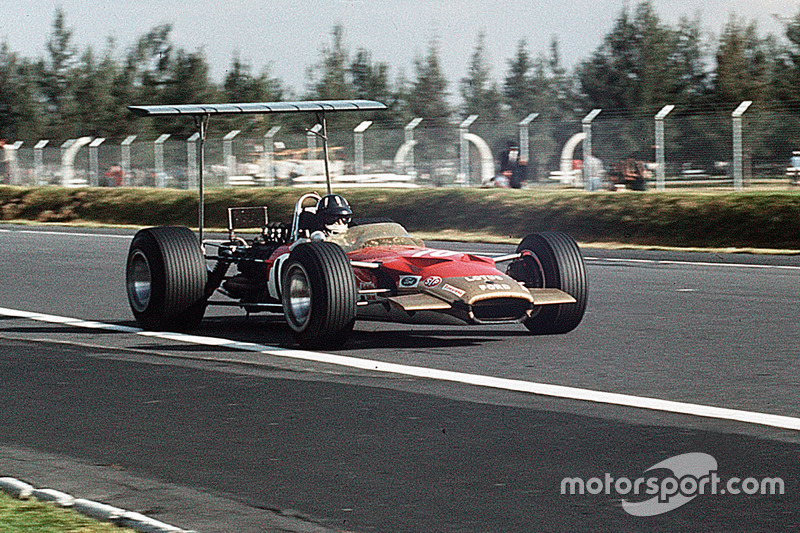 Hamilton became the fourth title to be crowned champion in Mexico after John Surtees in 1964, Denny Hulme in 1967 and Graham Hill in 1968 (pictured). 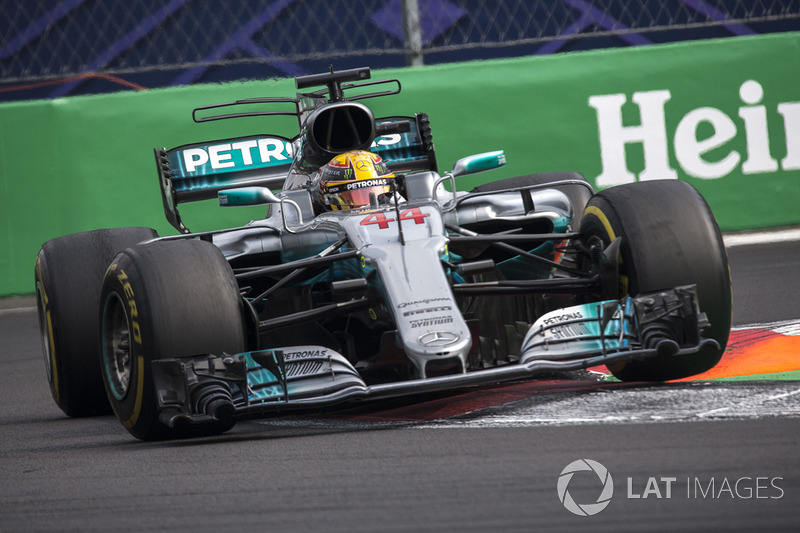 Quite frustratingly for Hamilton, he sealed the title with his worst finish of the season (ninth). Prior to this weekend, he had only once finished outside the top five - in Monaco. 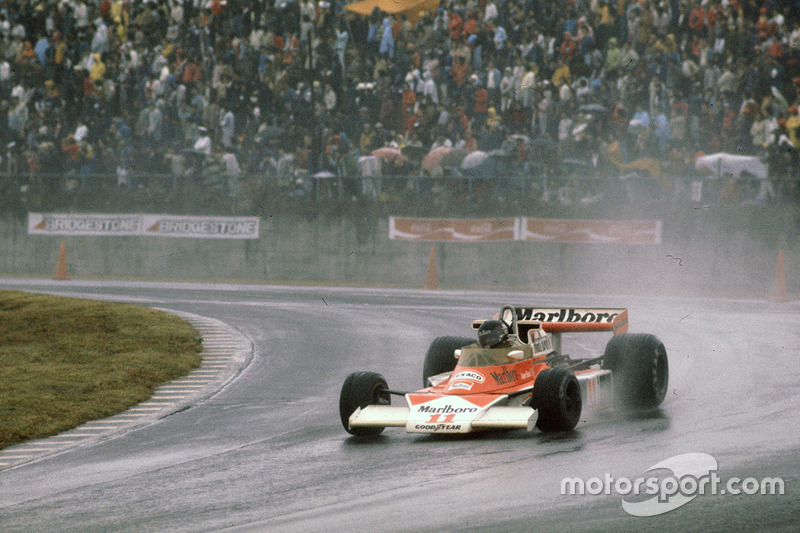 It is quite rare for a driver to be crowned championship after getting lapped in a race. One has to go back to the 1976 Japanese GP, where James Hunt won his maiden title despite finishing a lap down in third. 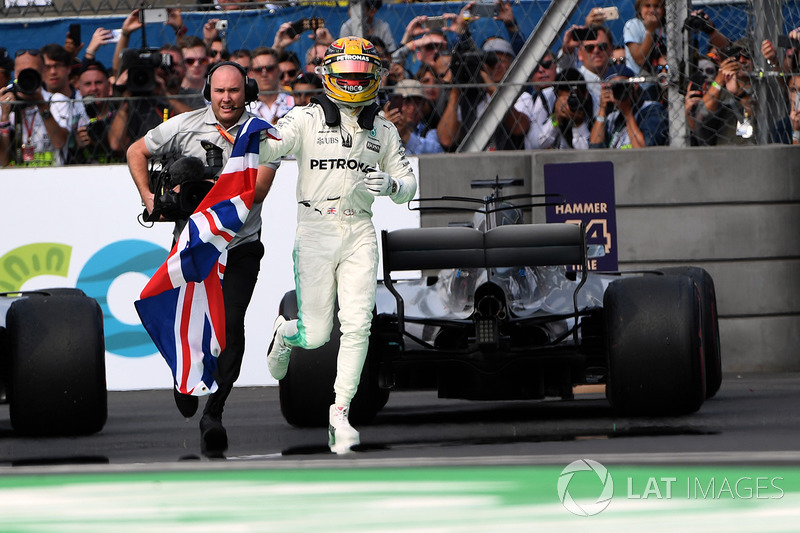 Despite his lap 1 crash with Vettel, Hamilton was able to finish inside the top 10 and take his points-scoring streak to 23 races (from 2016 Japanese GP). The current record holder is Kimi Raikkonen, with 27 consecutive points finishes between Bahrain 2012 and Hungary 2013. 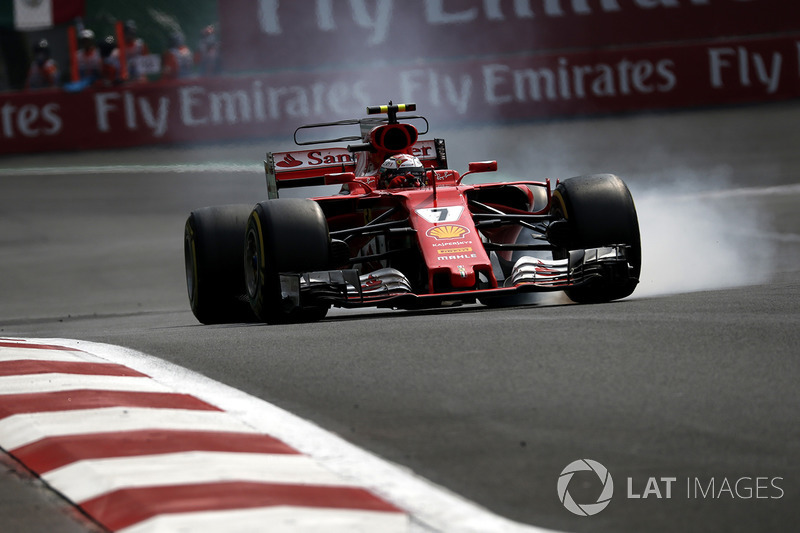 For Raikkonen, it was his 90th career podium. He is now only seven rostrum finishes behind Vettel and Fernando Alonso. 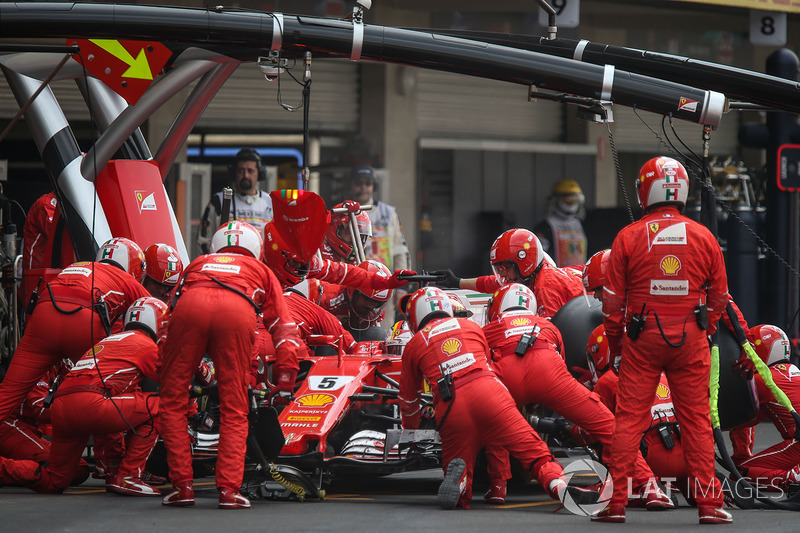 Despite a stunning recovery drive, Vettel could finish no higher than fourth. He has scored only one podium in the last five races. By contrast, he missed out on rostrum only thrice in opening 11 races of the year. 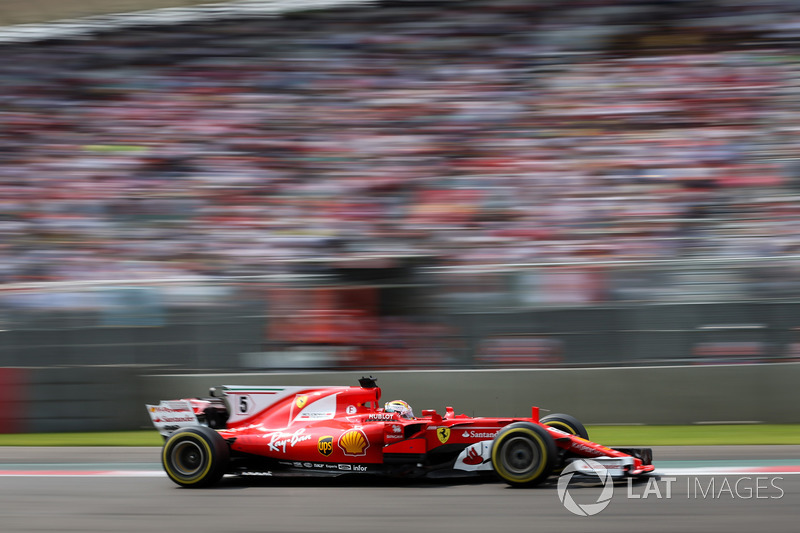 Vettel, nevertheless, managed to snatch the race lap record from Verstappen with a time of 1m18.785s. It was his 33rd fastest time. 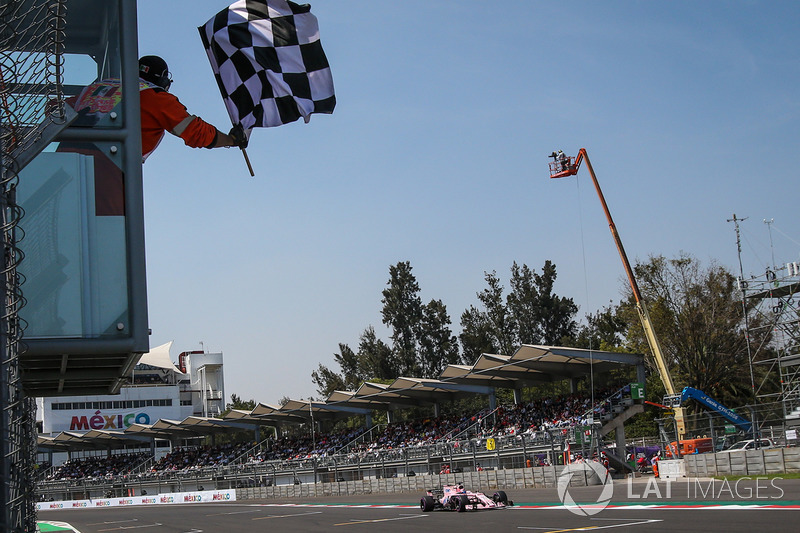 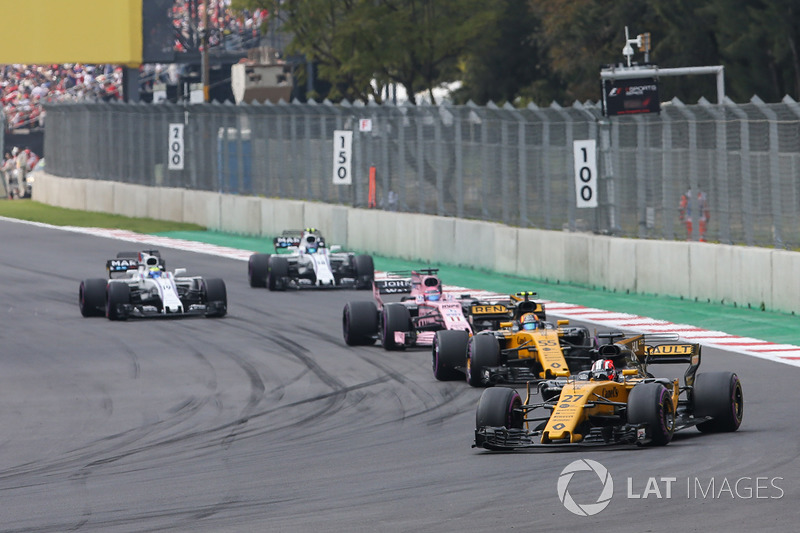 It was a difficult weekend for Renault, however, who suffered their first double retirement since the chaotic Azerbaijan GP in June. 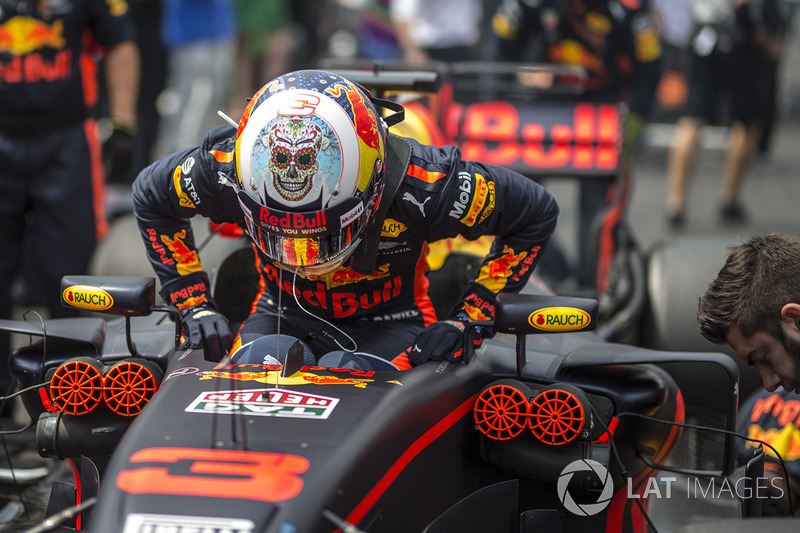 For Daniel Ricciardo, it was his second consecutive retirement of the season. One has to go back to the first two races of 2014 where he had a double DNF. In Australia he was disqualified from the race, while in Malaysia that year he retired with a series of accidents.

Analysis: How Mexico delivered three races in one

Renault "made an error" with engine balance in Mexico