Despite being replayed thousands of times since it took place on this day in 1990, Nigel Mansell’s overtaking move on Gerhard Berger at the Mexican Grand Prix Formula 1 still captivates fans today.

The around-the-outside manoeuvre at Peraltada, one of F1’s most fearsome bends, showed bravery of the highest degree from Mansell, and incredible trust between him and his Austrian rival about going side-by-side through there.

Had their wheels interlocked, then it would have been an aircraft accident.

The moment played out on the penultimate lap of the Mexico race as Mansell in the Ferrari chased down to repass then second placed Gerhard Berger, with Alain Prost out of touch in front.

Mansell’s move was spurred by his never give up attitude; but also he had been given some extra spice when Berger had wrestled second place from him after grabbing a slipstream down the main straight and making a dive into Turn 1.

Chatting to Mansell over dinner in Mexico a few years ago, he opened up on the build-up to that overtaking move and the key elements that stood out for him.

“I was so incensed with the way Gerhard passed me down the straight,” he said. “I thought there was no way you are going to take second place from me!

“Gerhard is a very accomplished racer, a winner, and he was my teammate as well the year before. We knew each other quite well.

“He gave no quarter, but he really ticked me off when he overtook me – as he had all four wheels locked up.

“At the first corner, I looked in the mirror because sometimes when you turn in you have a courtesy look, and I saw this thing steaming down the inside. If I had turned in, he would have T-boned me!

“So I turned away from the corner, and he got down and took second place. I thought you rude bugger!” 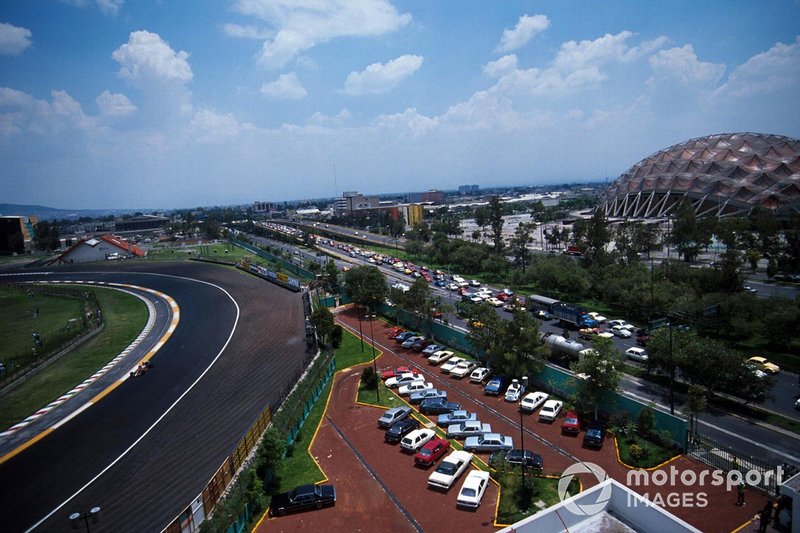 Mansell hounded Berger and was looking for any opportunity to get his position back.

As they approached the super fast banked right handed final corner for the penultimate time, Berger moved to the inside to cover what he thought would be the most obvious plan for Mansell to try a move.

But Mansell wasn’t going to wait and instead went high into the corner – swooping around the outside as television commentators around the world went wild.

For a man known for his bravery in the cockpit it was a stand out moment, and he has confessed to it being something super special.

“It was one of the greatest overtaking manoeuvres of my career probably,” said the 1992 world champion. “It’s mainly because when I review it now, being here, I think 'did I really do that?'

“In that day, if it went wrong you were going to get seriously hurt. You had to be a bit mental to take it on. When I revisited it on YouTube, I didn't realise that I was going at it all down the straight too.”

But it wasn’t just the speed and layout of the corner that has etched the moment in to F1 folklore. For, as Mansell recalls, the bumpy circuit and the unique challenges of the lack of downforce because of high altitude all added to the challenge.

“It was pretty horrendous because there were bumps in the middle of it,” he remembers. “We didn't have power steering, so halfway around you had to catch the car. And the faster you went, the harder it was to catch. That was something Ayrton [Senna] found out, because he rolled it there as well [in 1991].

“The other thing you have is that the grip value you had lap to lap wasn't consistent because of the altitude. There was smog and if you got any wind blowing it swirled the dust around, so you couldn’t rely on the same grip lap after lap. That was worrying, especially when you were going that quick.”

Mansell said there had not been much premeditation about where he was going to take Berger: he just knew he had to give everything to get past.

“It was a complete on the spur manoeuvre, like when I boxed Ayrton [Senna] in at Hungary [in 1989]. It was spontaneous moment,” he said. “I had to try it because if you think it, you are already too late.

“I executed it on the entry as we were really close, and I thought if he touches me now, I am history big time. But, if I am honest, I think it shocked him and frightened him too, because if he had tangled with me, he would have gone too.”

There was one other aspect to the move that allowed it to happen: for Mansell knew that if he hesitated for a second and lifted off, then that would unbalance the car and probably have him off. Once he started the move, he had to keep his foot flat and pull it off.

“Primarily there is one line around it, but what I was able to do was somehow keep my foot down and not break the aerodynamic attachment to the track,” he said. “When you have a little light feather [of the throttle] then it detaches and the car moves around.

Peraltada as it was is long gone. Now, the current corner features only the second half of the old corner as the cars emerge from the baseball stadium. 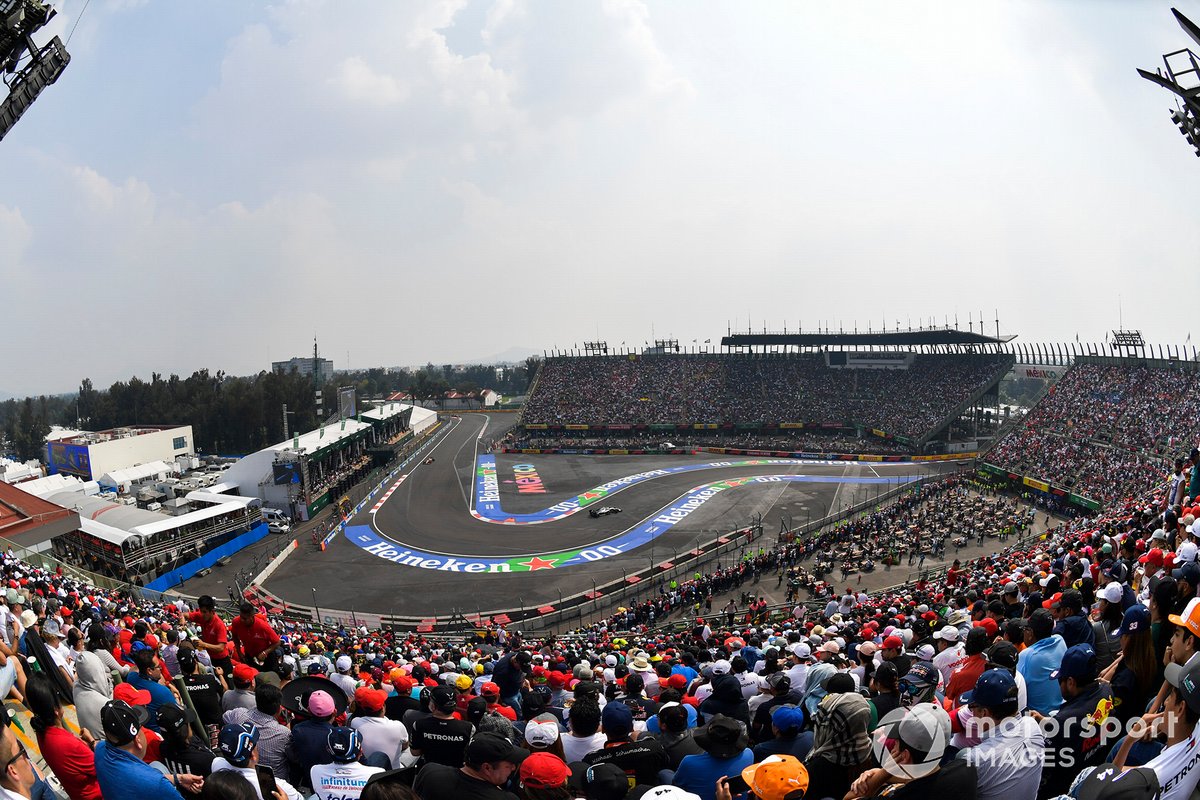 Mansell is aware that safety concerns have had to take preference in recent years, but he say it is a shame that some of F1’s more challenging turns have gone.

“I have a lot of regrets that two people lost their lives in 1994 and that changed all circuits around the world forever - because we have lost iconic corners,” he explained.

“If you look at Silverstone, the old Becketts, Copse, Stowe and Club have all disappeared. I have to say it’s been done for the right reasons, but the psyche you had to have, with your ability to try something, was something different.

“As a driver you are not suicidal, you don’t want to go and lose your life, but you had to fight with your right foot and your brain because your head is saying ‘back off a little bit’, but you want to be quicker and you want to do it and it to come off.

“You cannot stop your foot coming off. Your brain has a self-preservation chip which we all have. You know when you are right on the edge, that it is going to do that. So when you can overcome that, and just change it like the rev limiter on an engine, you can up it to a different level and it is pretty neat.”

Mansell has taken heart from the fact that people still talk about that Mexico moment from 1990; but he feels a sense of sorrow for the current generation of drivers who have to drive cars that he thinks are not capable of repeating what he did.

“We could put our personality into the car. There was no power steering, no traction control, and everything was down to us.

“When we went into the corner with our hair on fire, we knew how the car was going to operate. And the car was always constantly moving, so we were having to dance with the car a little bit.

“Now, it's changed immeasurably because of the sophistication of the computer and the controls. The cars can't be driven irregularly or with personality, because if you do that, the tyres are so small, you wear them out quicker and you degrade them sooner.

“So it doesn't get the best out the whole package. Drivers have some constraints on them, which aren’t their fault.”

Mansell’s move at Mexico in 1990 looks set to remain a stand-out moment for F1 forever.

Brown: Lando Norris "as fast as anyone on the grid" in F1

What is Hamilton’s place among the greatest F1 qualifying laps?