Bike racing legend Mike Hailwood should have turned 80 today, but instead died following a banal road traffic accident. How good was he when he switched from two-wheels to four? Let's look at the evidence.

On bikes, Mike Hailwood was beyond astonishing. He remains a contender – maybe the prime contender –for the unofficial accolade of “Greatest rider of all time,” with four 500cc titles (37 wins), two 350cc titles (16 wins) and three 250cc titles (21 wins), as well as 14 wins at the Isle of Man TT.

But he was also very good in open-wheel racecars – although that wasn’t apparent from the word go, as it had been for fellow bike-to-car convert John Surtees who would go on to win the 1964 Formula 1 World Championship. When Surtees, another four-time 500cc bike champ, stepped into a Lotus 18 in 1960, it took until just his second Formula 1 Grand Prix to score his first podium, and just his third, at Oporto in Portugal, to take pole and fastest race lap. Should have been a win, too, but he had a late spin. 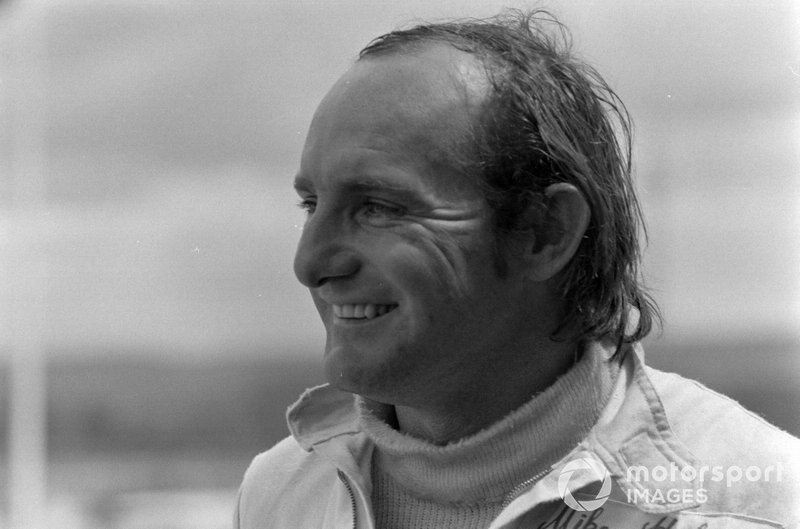 Hailwood, by contrast, had a more bewildering time trying to make the conversion to F1, his hopes artificially boosted by winning two out of three Formula Junior races, and his equipment at the top level of the sport certainly not on the cutting edge as Surtees’ had been. In an F1 car, Hailwood’s efforts were solid rather than startling, driving for Reg Parnell Racing in a year-old Lotus 24-Climax, then a Lola Mk 4, in a handful of championship and non-championship F1 races in 1963. For ’64, Parnell mated the Lotus 25 with a BRM V8 and Hailwood scored sixth at Monaco after qualifying 16th– albeit a mere 0.3sec slower than the underrated Innes Ireland in a similar car.

So there was potential, clearly, but it wasn’t consistent. The problem was that whereas Surtees’ 1960 toe-in-the-water F1 experience had been the start of a full-scale conversion to cars in ’61 (once he had finished demolishing his opposition in 500cc and 350cc bikes), Hailwood was still at the height of his game on two wheels in the mid-’60s and was in no hurry to quit, rendering his four-wheel adventures more of a dabble in the unknown. And that being the case, switching back and forth meant the contrast in requirements was more apparent. He was a supremely neat and precise bike racer, and therefore sliding a racecar was quite anathema to him.

So after crashing out of a couple of non-championship races in ’65 and being blown away by teammate Dickie Attwood in his one championship outing that year, the Monaco GP, Hailwood was done with racecars for a while. 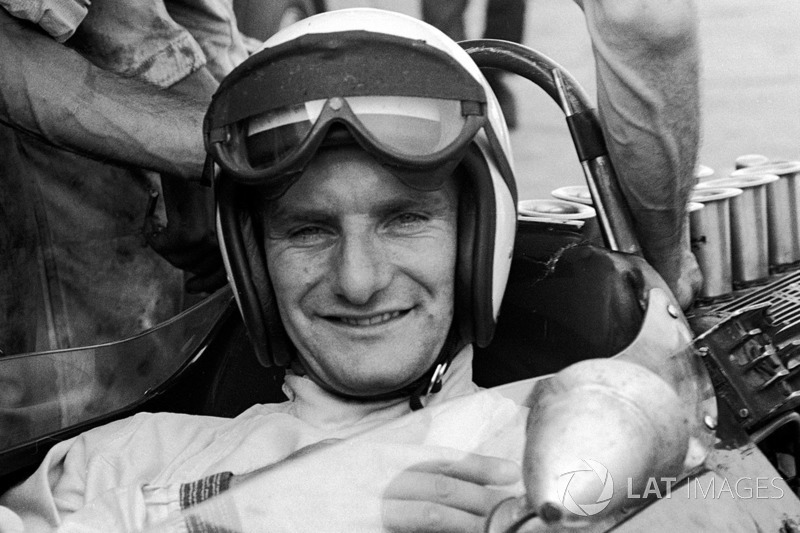 However, Honda pulled out of World Championship bike racing at the end of ’67, and Hailwood had a lot more time on his hands as the Japanese marque had paid him a year’s salary to not race for anyone else in ’68. He therefore rode privately-entered Hondas occasionally in European non-championship events, but found his thoughts turning to cars once more. With less two-wheeled action in his diary, he could start to master the art of extracting the most from a four-wheeled machine.

Sure enough, at that point, it started to come together for him and aside from a couple of outings for BSA in the prestigious Daytona 200 bike race in ’70 and ’71, Hailwood became pretty much a car convert. That dedication – as it always does – started to show in his driving. With David Hobbs, he finished third in a John Wyer Automotive Ford GT40 in the 24 Hours of Le Mans, while in an Epstein-Cuthbert-entered Lola-Chevrolet, he finished third in the European Formula 5000 championship, winning at Brands Hatch, taking four other podium results and scoring three pole positions. Staying on at this team for 1970, he scored two more F5000 wins, a handful more top-three finishes and was fourth in the title race.

The next step, in terms of building his confidence in powerful open-wheel racecars, was coming under the tutelage of Surtees, who had set up Team Surtees back in ’66, won the Can-Am championship as an owner/driver and had also found success with his own cars in Formula 5000. After signing Hailwood for ’71, Surtees knew as a fellow ex-biker precisely how to interpret what Hailwood was telling him, and what questions to ask. Heck, ‘Big John’ was still racing the other team car, so his feedback and analysis couldn’t have been more up-to-date and relatable. 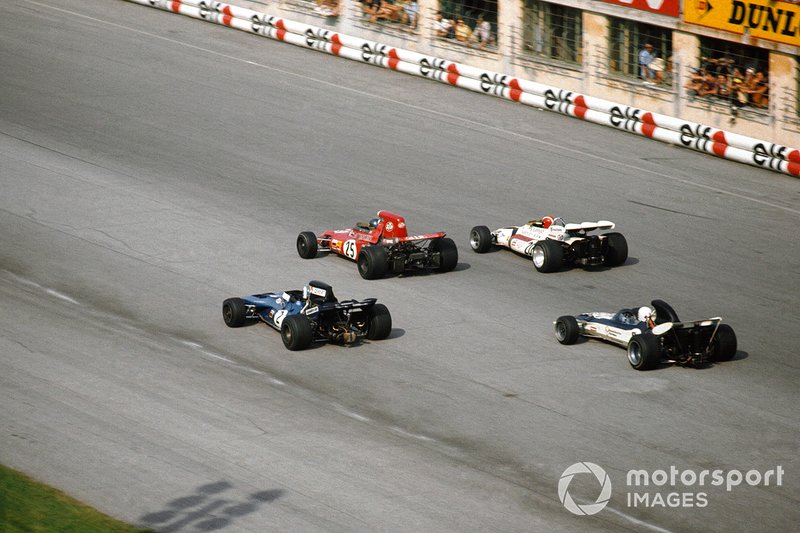 Hailwood (rear car) embroiled in battle at Monza in 1971, that would see him classified fourth – despite finishing just 0.18sec behind the winner!

Initially, Hailwood was to focus on Formula 5000 for Surtees, and he eventually racked up four wins and finished second in the ’71 championship to Frank Gardner driving a works Lola. But ‘Mike the Bike’ would also find himself thrust into the limelight in his very first F1 Grand Prix for Surtees – Monza 1971, when he claimed fourth in that Hollywood-unbelievable finish. At the culmination of what would stand as the fastest ever GP (150.754mph) for the next 32 years, five drivers – Peter Gethin, Ronnie Peterson, Francois Cevert, Hailwood and Howden Ganley passed the checkered flag covered by just 0.61sec.

Surtees, encouraged by Hailwood’s improving handle on open-wheel racers, decided to step down from full-time competition and combined Hailwood with Tim Schenken and Andrea de Adamich for ’72. The year started off with Hailwood finishing runner-up in the Tasman F5000 championship ‘down under’. Then in the Race of Champions at Brands Hatch in March, he was the only driver to keep Emerson Fittipaldi’s dominant Lotus 72 in sight, and he finished a worthy second.

But World Championship gratification was a little harder to come by. In between those two achievements had been F1’s South African GP, in which Hailwood was stalking race leader Jackie Stewart until his rear suspension broke and he was forced to retire. Of four points finishes, Monza was the highlight as Hailwood again finished runner-up to Fittipaldi – although he hated the revamped track which he felt had been ruined by chicanes. So perhaps more satisfying for Hailwood was that he drove a Surtees TS10 to Formula 2 championship glory. 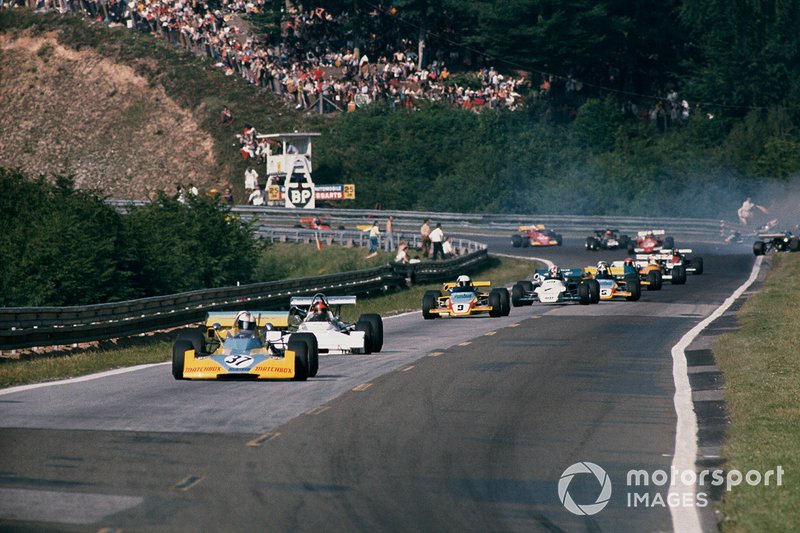 Leading the Formula 2 field at Rouen-les-Essarts, in 1972, the year he would clinch the championship.

If that was the zenith of his time with Surtees, the nadir quickly followed in 1973. At the Race of Champions, Hailwood was leading when again his rear suspension let go – an inauspicious foretelling of what was to come in the championship rounds. Hailwood would retire from 10 of the World Championship races, while of the five he finished, not one of them was in the points. In fact his standout moment came outside the cockpit – pulling Clay Regazzoni from his burning BRM after the pair collided at Kyalami, an act of bravery for which Hailwood received the UK’s prestigious George Medal.

A switch to McLaren, alongside two former World Champions, Fittipaldi and Denny Hulme, saw Hailwood directly compared with his stiffest competition yet. Only once did he outqualify Emmo, but he started ahead of Hulme eight times in 11 races, and had racked up four top-five finishes including a podium at Kyalami, when a penultimate-lap crash at Nurburgring broke his legs, one of them badly enough to give him a permanent limp. At this point, Hailwood decided to retire from racing, aged 34, and move to New Zealand. 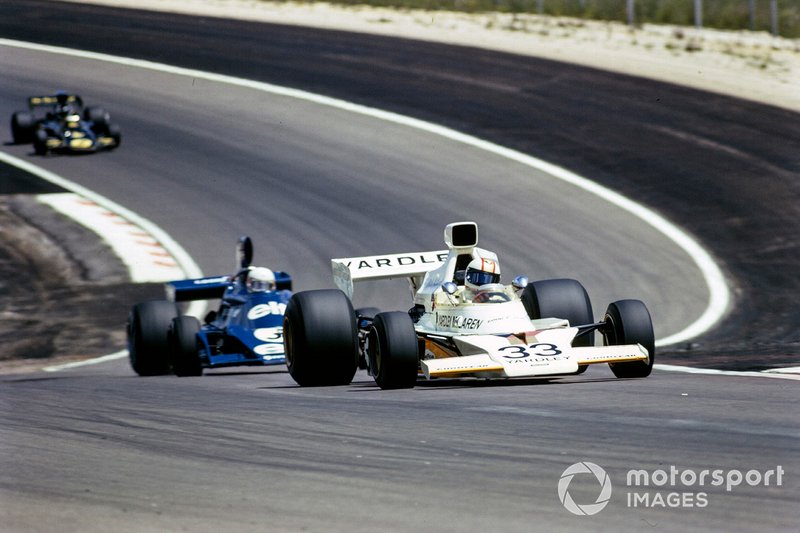 But there was an itch he couldn’t scratch, and in ’77 he started racing bikes once more Down Under, and in ’78 entered the Isle of Man TT races – and won the Formula 1 class in dominant fashion on a Ducati. The following year, he clinched the Senior TT race on a Suzuki, and then, finally, he retired for good.

One Saturday in March 1981, driving his Rover 3500 with six-year-old son David and nine-year-old daughter Michelle on their way home from picking up a fish-’n’-chip supper, Hailwood encountered a large big-rig transporter suddenly pulling an illegal U-turn. The resultant collision left David slightly injured, killed Michelle instantly and left Mike himself clinging onto life. Two days later, on March 23, barely a week before his 41st birthday, one of the greatest racers of all time succumbed to his injuries.

To have survived a lethal time in bike and car racing at the top level and then perish at the hands of another in a road traffic accident still seems so impossibly cruel.