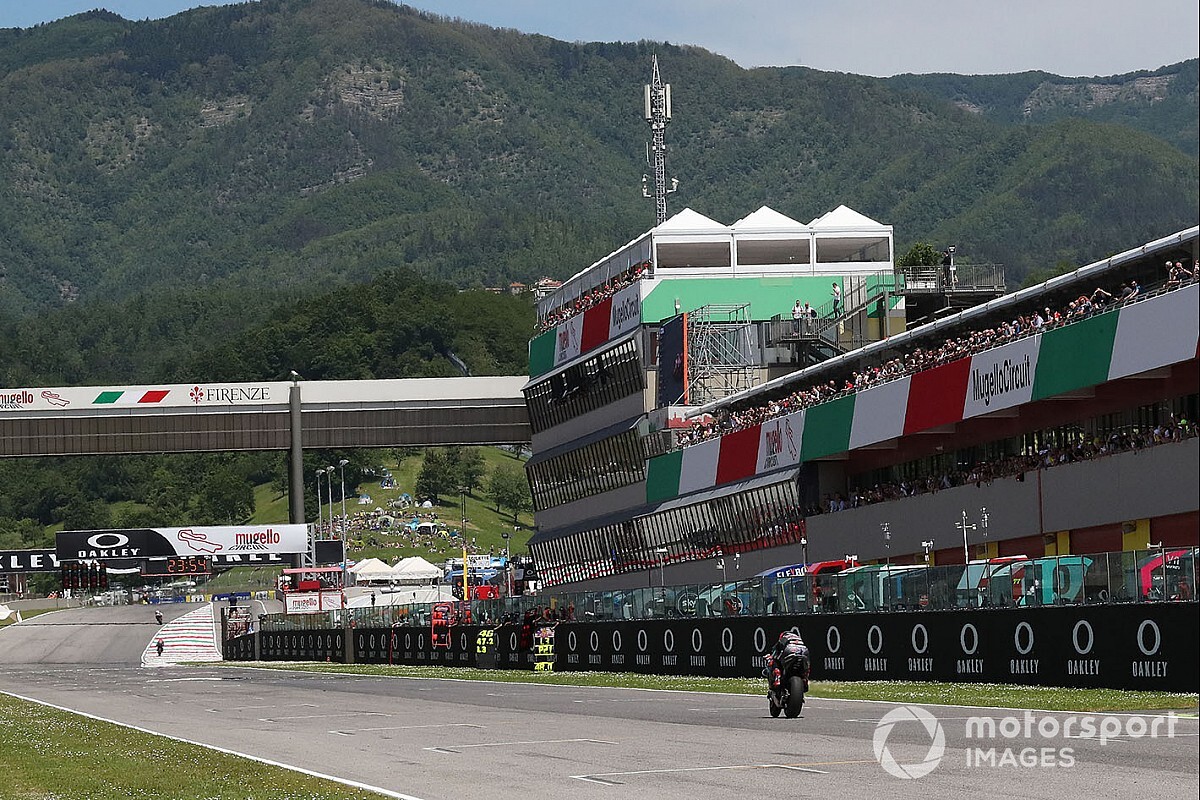 Ferrari Formula 1 boss Mattia Binotto says that the Mugello circuit owned by the Italian team could put on a “great show” if it is granted a Grand Prix date in September.

Mugello, Imola and Portimao are all in the frame for races in September and October to follow the last currently scheduled event at Monza on September 6, with September looking highly likely for Mugello.

Many flyaway events have yet to be officially cancelled, but the ongoing COVID-19 virus and border control issues are making it hard for F1 to confirm any dates for races outside Europe. However the next leg of the calendar is expected to be announced next week.

If Mugello is added the fortuitous timing could mean that Ferrari celebrates its 1000th Grand Prix start at its home venue, and where it recently ran a two-year old car for Sebastian Vettel and Charles Leclerc.

“I can confirm that we are discussing with F1,” said Binotto. “Our hope is to try to bring F1 to Mugello. We believe that Mugello is a great circuit, not only the sustainable side but generally speaking for the drivers – it’s very demanding.

“I think it’s a great track. I think that bringing F1 even in Italy to Tuscany, it’s a great region, with all the jewels we’ve got there, Florence etc. So I think it could be an exciting race there, and being potentially our 1000th race, doing it in Italy, at Mugello, our own race circuit, that would be great.

“It’s a track that I myself know pretty well because I’ve been there since 1995 when testing as an engineer – obviously not as a driver. But I’ve been very often there.

“It’s a very interesting track, demanding, fast. Drivers normally enjoy driving there, and we’ve been there a few days ago with Seb and Charles and both of them really enjoyed the track.”

Binotto added that he would like to see spectators allowed: “It would be great even more if we may have some fans there, which at the moment we cannot confirm. But I think generally speaking if this happens, we will try to organise a great show for the entire broadcasting and the entire fans.”

FIA president and former Ferrari boss Jean Todt said that F1’s efforts to fill out the 2020 calendar provide an “opportunity” for circuits like Mugello and Imola that would otherwise not be in a position to host a Grand Prix.

Todt met with F1 CEO Chase Carey in Austria to discuss how the calendar might look from September onwards, and said he would be pleased to see both of the classic Italian venues land race dates.

Todt would not elaborate on how the rest of the season might look.

“It would be inappropriate for me to announce things which are the responsibility of the commercial rights holder, Chase Carey, who is working day and night to present a calendar.

“I know that some more details will be given soon, because everybody needs more detail about what will be the calendar.

“In certain countries the situation is obviously very complex, so they need to have a lot of creativity to see what are also the possible options which were not planned, and to optimise in order to present a calendar which will be of course less than 22 races, but which will be significantly more than the eight races which have been planned so far.”

Todt also praised the efforts of those who made F1’s return in Austria possible: “I think the world needs some activity, everybody was looking for something to come. That’s why I am so grateful to all those who are contributing to this achievement.

“But clearly, you had to be brave. I would say honestly the easiest solution would have been [to] wait until it’s much easier, and we would not be here.”