New Williams front wing "a step in the right direction" 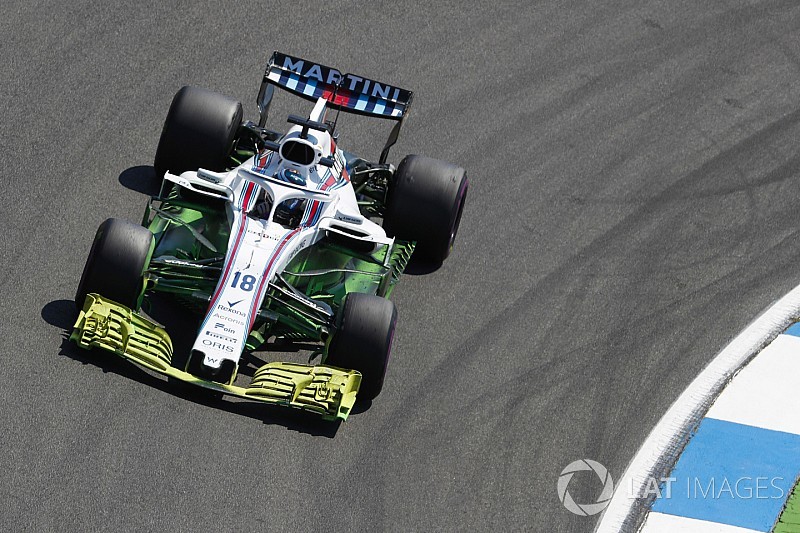 In a bid to help cure the balance issues that have plagued the start of the campaign, Williams has introduced a different concept front wing at the German Grand Prix that it hopes will make the car less nervous in corners.

Although the team knew that the changes would not deliver an immediate step-change to in laptime, early feedback from running allied to data gathered by the team has lifted hopes that progress has been made.

Sirotkin said: "There are some interesting things to look at. I mean we never said this is something which gives us a laptime on its own, but we do see some good improvements.

"It definitely gave us a more stable base, and a more stable airflow. That is what we can already see, even having not passed through the process of adaptation yet.

"From now on it is more about turning this more stable base into the performance which, obviously not having this base [before], we could not do in the past.

"It it is a step in a right direction, but obviously there is a lot more to come on top of it."

Williams technical chief Paddy Lowe said the team was delighted with the amount of data it was able to gather from Friday testing – which included some extreme use of flo-vis paint to check on car airflow.

"We had a perfectly executed programme to learn what we needed to learn, and gathered a lot of data," he said.

"You saw we had a lot of rakes. I think we managed to cover the entire car in flo-vis at the end. So yeah, a lot of analyse, but the feedback so far is pretty good, so an encouraging start."