While Formula 1’s championship battle last year was not the closest in history, the season did produce a series of sensational races.

The Italian Grand Prix, which has been rerun on F1’s channels today, was one such classic: as Charles Leclerc brilliantly held off Lewis Hamilton to claim an emotional win just a week after his maiden success in Belgium.

Leclerc was clearly overwhelmed after the race, and he has subsequently admitted that his victory in the Italian Grand Prix, and standing on the podium in front of the tifosi, was the greatest moment of his life.

“To be on the podium, to finally have won the race, and to see the red army under the podium was something extremely special,” he said at this year’s Autosport International.

“It gave me chills and made me realise what it is like to be a Ferrari driver, which of course I realised a little bit before, but I think you really realise it once you win in Monza and see the passion [that] you can really see in the eyes of the people – the passion that they have for the brand. It’s unbelievable to see.”

Hamilton had come close to getting past Leclerc at one point, but his best chance fell away when the rivals briefly touched wheels under braking for the second chicane.

With the world title at stake, Hamilton had said that he didn’t want to take too many risks to try to grab the lead.

Mercedes boss Toto Wolff was not completely happy with what had happened though, and suggested that Leclerc had gone too far.

“The racing was very hard, maybe over the line - and Lewis I think was instrumental in not making it an incident,” he said.

"But at the end of the day, what do you do? You give a leading Ferrari in Monza a five-second penalty? Out of the question….because then we need a police escort out of here." 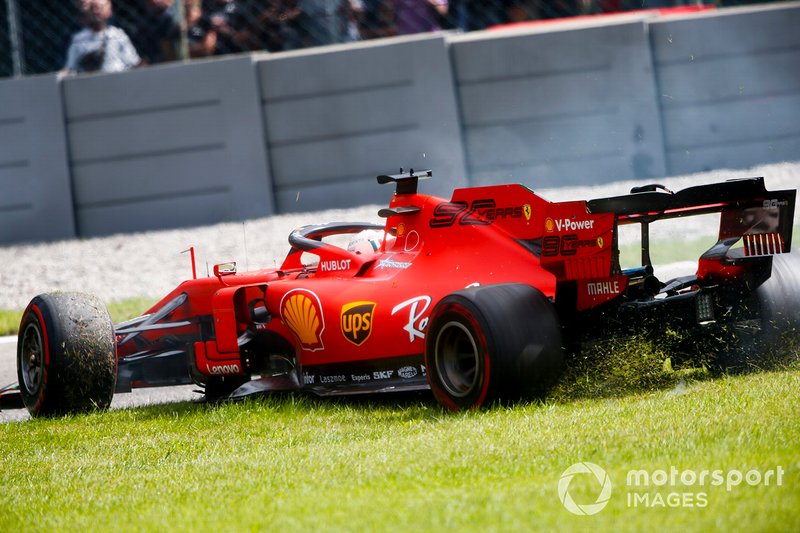 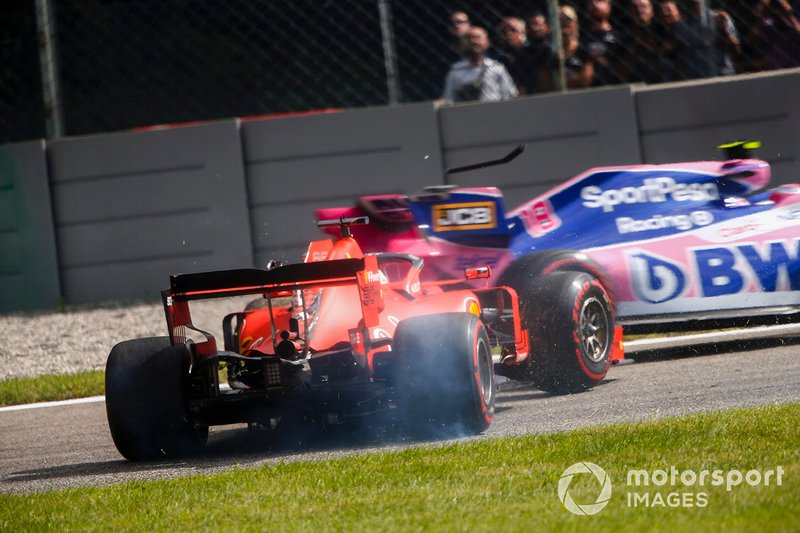 While Leclerc made himself the darling of the tifosi with a brilliant win, his teammate Sebastian Vettel had a torrid time which prompted fresh questions over his future.

He spun early in the race and in rejoining he collected Racing Point’s Lance Stroll – which earned him some penalty points on his licence.

"I lost the rear, couldn't catch it," said Vettel of his mistake to Sky. "As simple as that. I'm obviously not happy and after that the race was obviously gone.

"I struggled a couple of times to get the car going and struggled to get in the right direction so I couldn't see him.

The sanction meant he was just one serious incident away from a race ban. 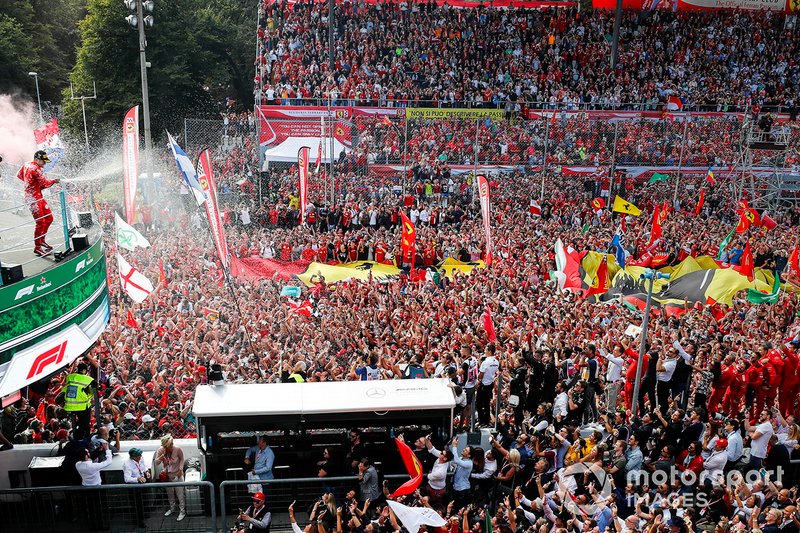 Race winner Charles Leclerc, Ferrari celebrates on the podium with the champagne