No point being fake for Netflix - Steiner 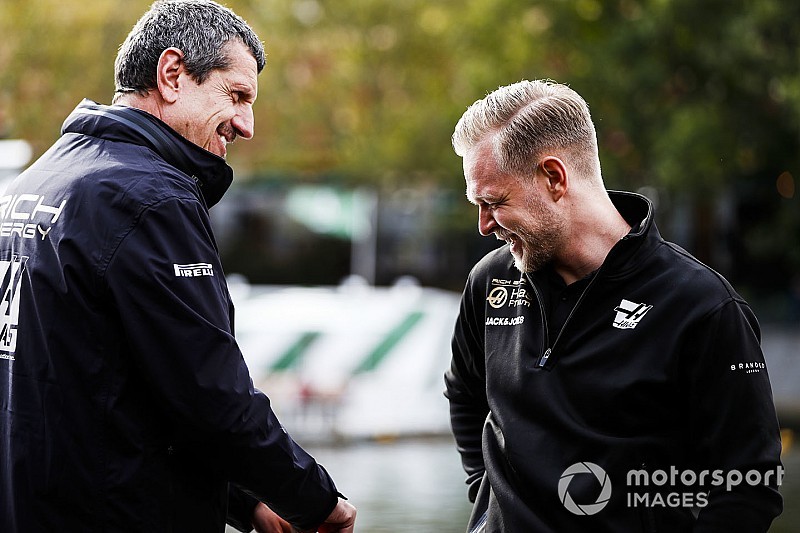 Haas team boss Gunther Steiner says it was essential he showed his real side in Formula 1's new Netflix series, with his sweary rants having become a major talking point for fans.

Steiner's frequent outbursts on the pit wall, team radio and in phone calls to team owner Gene Haas have proved to be a highlight for many from the new Netflix series F1: Drive to Survive.

And while Steiner has joked that he has advised his daughter not to watch it because of his bad language, he says it would have been wrong for him to water things down on film.

"I was OK with it," said Steiner about how he has been portrayed. "If they want to make something you have to be real, otherwise what are we making?

"I think the people who did it, they were very good. I mean you could immediately see they knew what they were doing, what they wanted.

"They wanted the real thing, and they were very clever about it, how to get a real thing.

"And that is what they should be, because in the end to make a bad movie there is no point, because then we lose fans.

"For me it's like helping it along. If people see it and we get more fans and people watching it, it's what we all want. So again, I was just myself."

Daniel Ricciardo, who let the Netflix film crew get behind-the-scenes access at his Perth house and apartment in Monaco, said the producers had done a good job in getting across what F1 people were really like.

"Whenever people are getting more personal information about you or being a fly on the wall and coming out to Perth or your apartment in Monaco and actually seeing your surroundings, you want to be comfortable with the people behind the camera running the project," the Renault driver explained.

"They were always respectful, and it was always on our terms which was good. So that was just important, that you get on with the people behind it.

"I would definitely encourage people not to watch it on their iPhone but on a proper screen. I am curious to know how it is going to turn out.

"It is weird seeing yourself on camera. I see myself behind the wheel of a car but you sound different when you hear yourself talk.

"I think it is going to be cool, just generally, not just for me but also F1, to have more of a presence like that.

"So someone in a small town in the States or wherever they are in the world, they can watch it and get an actual understanding of a bit more about the sport. So that is really good for F1 globally."

The only question mark Ricciardo had was on the title itself – which has been criticised for playing up the danger aspect of the sport.

"They love the drama though. They do like a drama," said the Australian. "The title is a bit … Drive to Survive. It's a bit 'intense' But it's TV isn't it?"