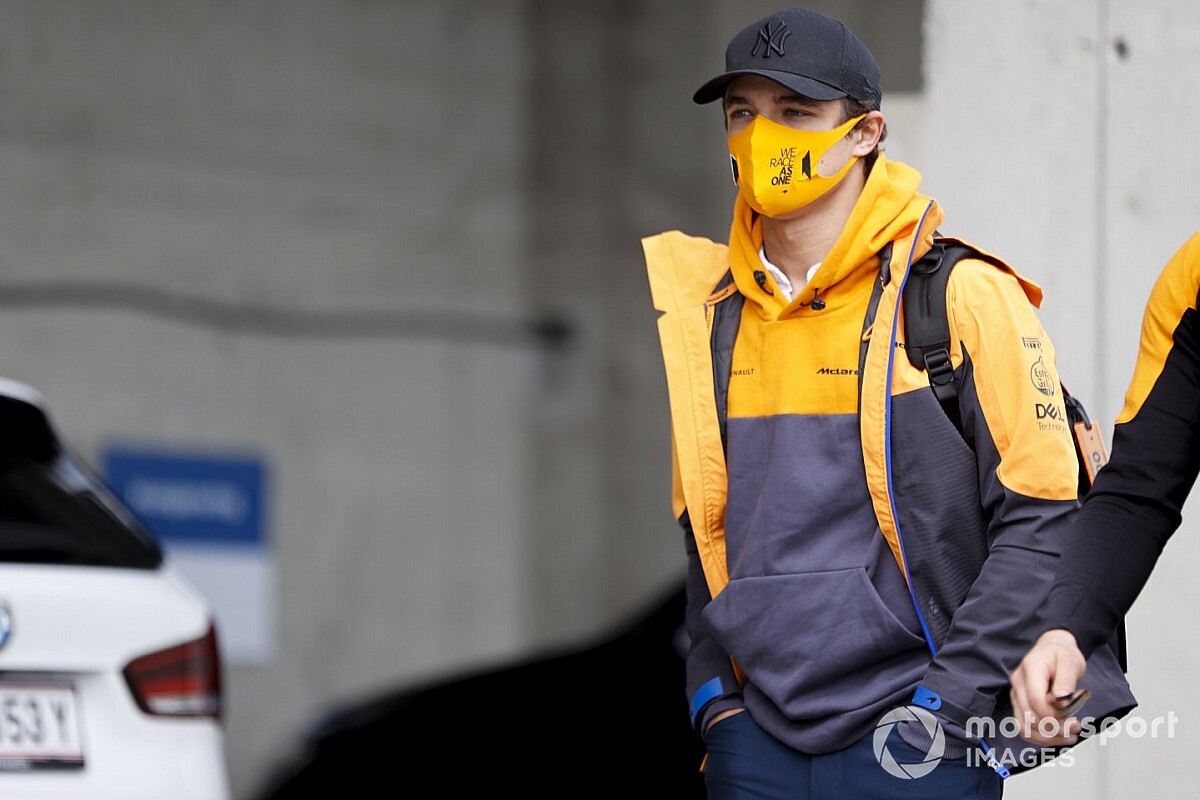 Lando Norris says that the pain that hit him over the Styrian Grand Prix was caused by bruising triggered by his long absence from a Formula 1 car.

The McLaren youngster was left with back and chest pains last weekend, and had to take painkillers to get through the second Red Bull Ring event.

But after flying back to the UK this week for diagnosis by specialists, the Briton is confident he has got on top of the issue and should be in better shape at the Hungaroring this time out.

“We've kind of diagnosed it,” he said, when asked by Motorsport.com for the latest on his troubles.

“I'm feeling better for this week, which is a very good thing. I went back to the UK in the last few days, staying in my bubble, to go and see some specialists and get scans and so on.

“We diagnosed pretty much what the problem was. And I'm feeling better. It's not something that is going to heal completely overnight, but I'm much better than what I was last weekend, so that's a good thing.”

Pushed on what the specific problem was, he said: “It's just bruising from being out of the F1 car for so long, and then getting back into it and straight back into a race weekend, doing so many laps and so on.

“It wasn't something I could really prepare for or know about until after we did the first weekend, obviously having a few days off in between.

“It then hit my body a few days later and I was just a bit bruised and so on.”

Norris added that he changed his seating and steering wheel positions after the first Austrian GP weekend, with him having noticed before the start of the season how his body shape had changed during lockdown.

“It was a bit of my seating position and the steering position,” he explained. “Again, just for being out of it for so long, we did the seat fit and so on before we even went back to Austria

“Having just put on so much muscle over the break, I was just a bit out. I was slightly shaped differently in my seat, so I had to change a few pads around and a bit of my position and so on, which could have been a bit of a cause and a bit of a lead for it.”