McLaren Formula 1 driver Lando Norris says he has been experimenting with his driving style for the all-new 2022 F1 cars and is conscious that he might need to adapt to the new McLaren.

F1 has introduced its biggest rule change since 2009 with cars that feature completely overhauled aerodynamics designed around ground effect.

While F1's pre-season officially starts in Barcelona on Wednesday with the first of two three-day tests, drives have already sampled their new equipment in the virtual world with plenty of hours in the simulator.

Norris says he's used his time in the sim to experiment with changing his driving style to suit his team's MCL36 challenger, in case the new car needs a different approach to get the most out of it.

"Of course, that's in the back of my head," he said when asked if he's mindful of having to adapt his driving to the 2022-spec cars.

"On the simulator I've been spending a lot of time not just driving the car but being prepared to drive it in different ways and being ready to drive in different driving styles because of this.

"I would say our car has been quite specific in the last few years in how to drive it and how to get performance out of it. That showed through Daniel [Ricciardo] coming to drive the car. I think it is the case that some cars are easier to adapt to than others." 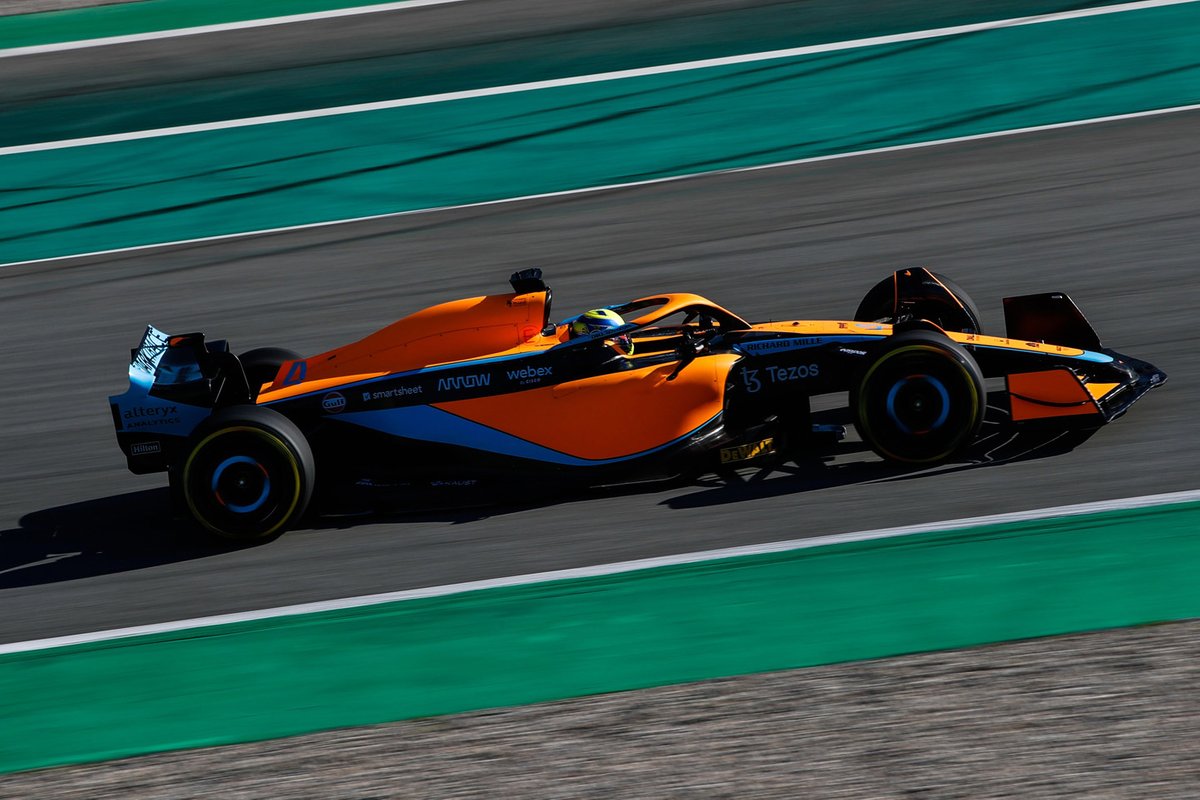 In his first year at the Woking team Ricciardo struggled to get used to McLaren's predecessor, the MCL35M, but the 2022 reset now puts both drivers on equal footing.

Norris is conscious every driver on the grid could end up in Ricciardo's 2021 situation, although the Briton is confident in his ability to quickly get used to new machinery.

"I think there's that for everyone: that they might suit people's driving styles more than others, and it could potentially be a hard one for me," Norris acknowledged. "But that is life, right? You have to deal with it.

"Before F1 I had to deal with it in every category I did, and I spent one year in every season and each year I had to adapt something new and try to make the most of that.

"It has been proven by champions and race winners that an F1 car is not an easy thing to get your head around and get in the zone, which I felt I did more last year and that is what Daniel struggled with.

"I hope it suits my driving style and everything's groovy but definitely there will be things I have to adapt to.

Norris: Russell pole not a surprise given strong Mercedes