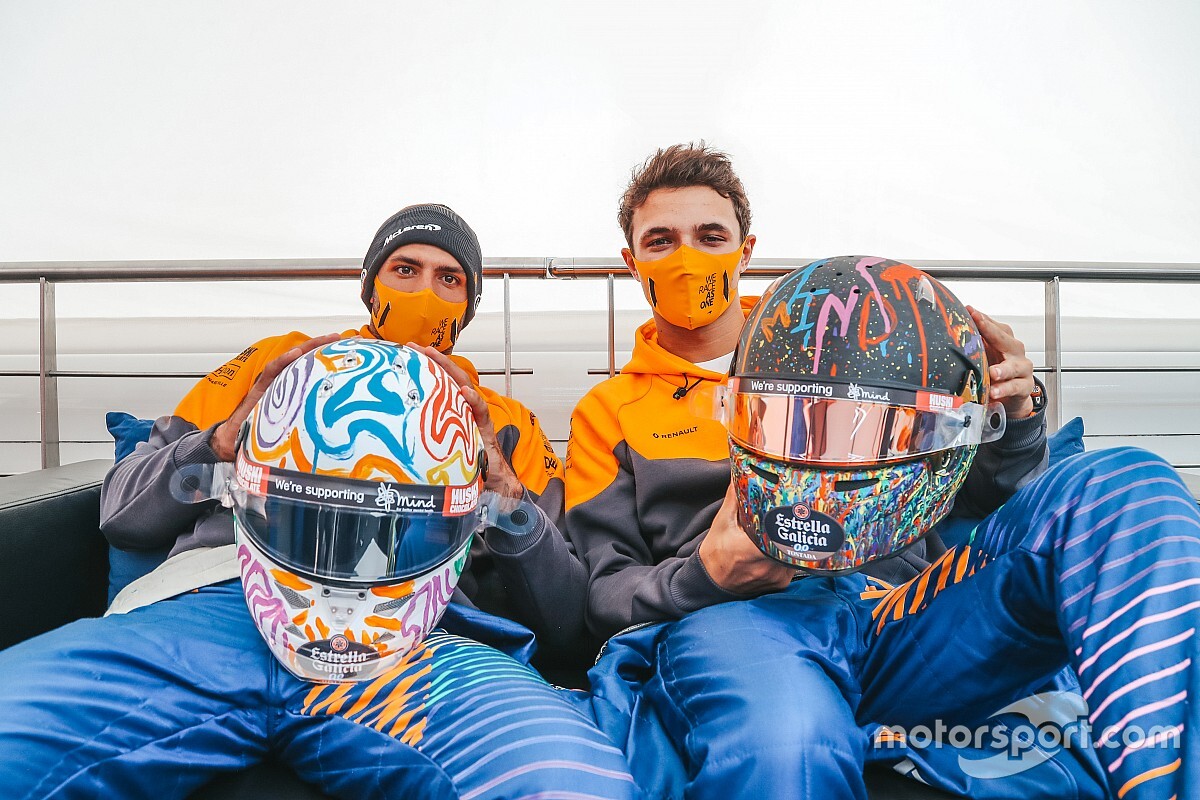 Sainz and Norris took part in a special helmet painting challenge to raise funds for Mind back in August, with their designs being raffled off and raising over £70,000 for the charity to tackle the mental health crisis.

The designs have now been fully brought to life and homologated for use at the Nurburgring this weekend, with Norris and Sainz set to begin using them from the start of final practice on Saturday.

Both drivers opted for bright and colourful paint designs on their helmets, Sainz’s featuring a number of swirls on a white base, with Norris opting for a scatter-paint look on a black background and ‘Mind’ at the top.

A prize draw will then be held at the end of November to auction off the race-worn helmets via a raffle to raise funds for Mind.

McLaren will also race with ‘We’re Supporting Mind’ and ‘#WorldMentalHealthDay’ on both of the MCL35 cars throughout the Eifel Grand Prix race weekend, as well as on the visors of the drivers’ helmets.

“This weekend is important for our whole team as we mark World Mental Health Day and raise awareness of the work of our charity partner Mind in fighting the mental health emergency,” said Mark Waller, McLaren’s managing director of sales and marketing.

“The coronavirus pandemic continues to have a huge impact on mental health for millions around the world.

“Advocacy of better mental health is something we critically value at McLaren and continuously strive to educate ourselves about, to provide the necessary support to our people.” 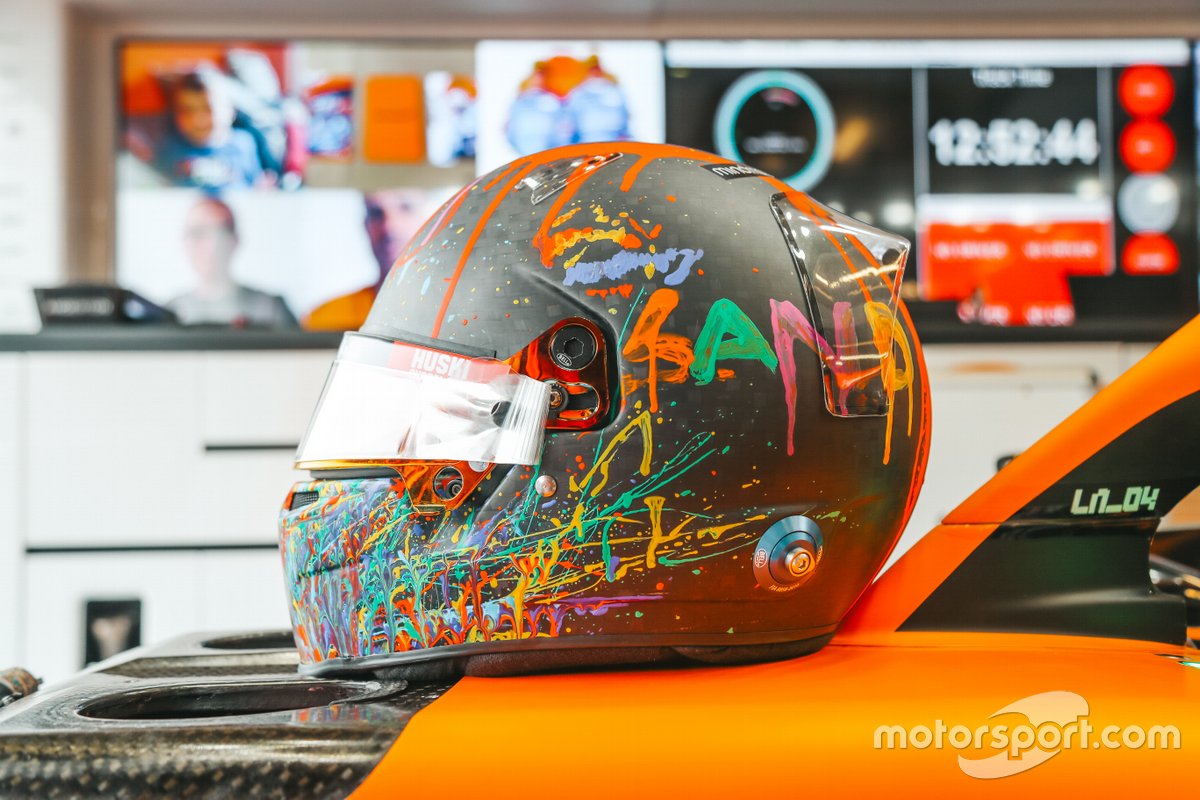 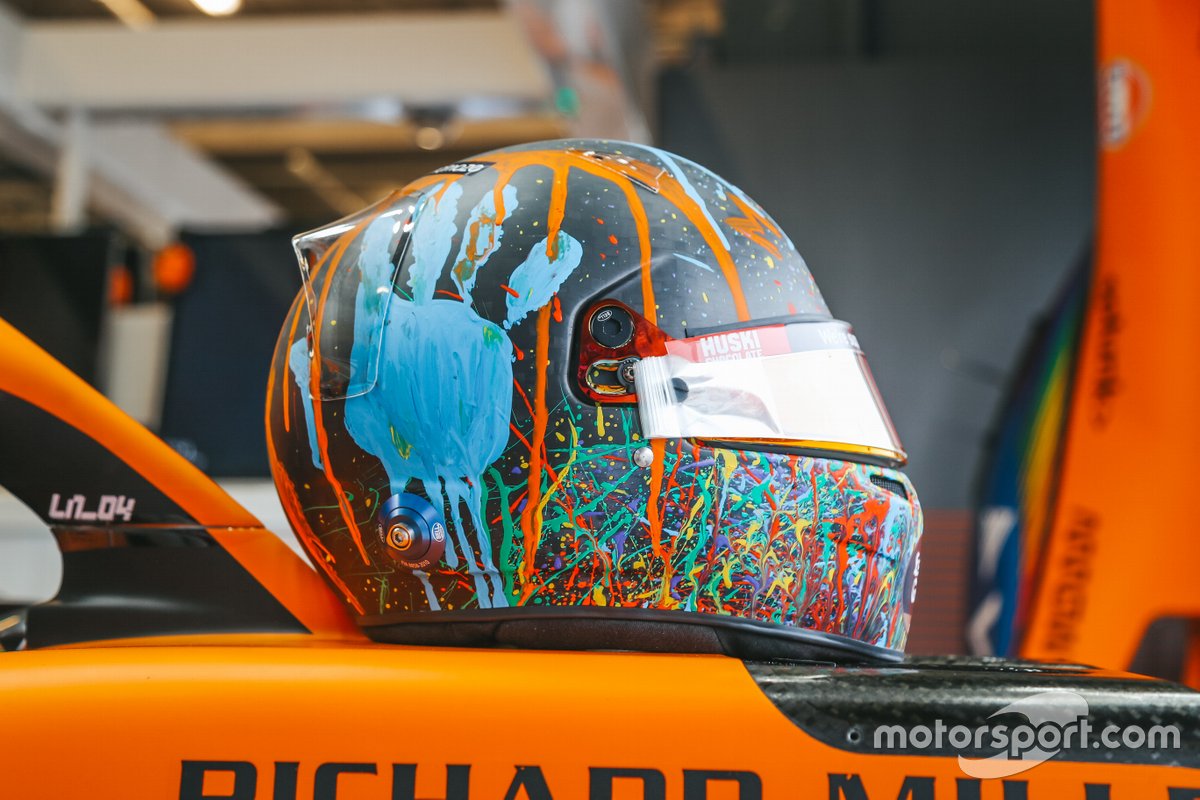 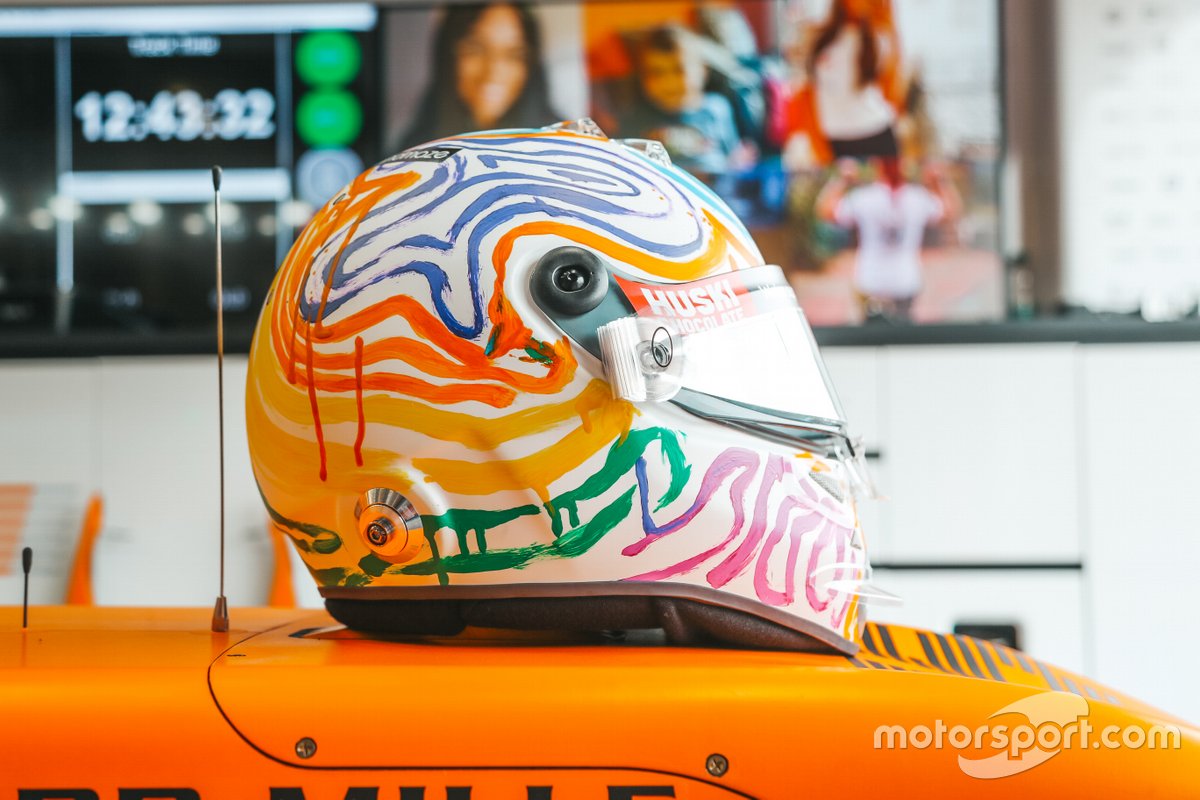 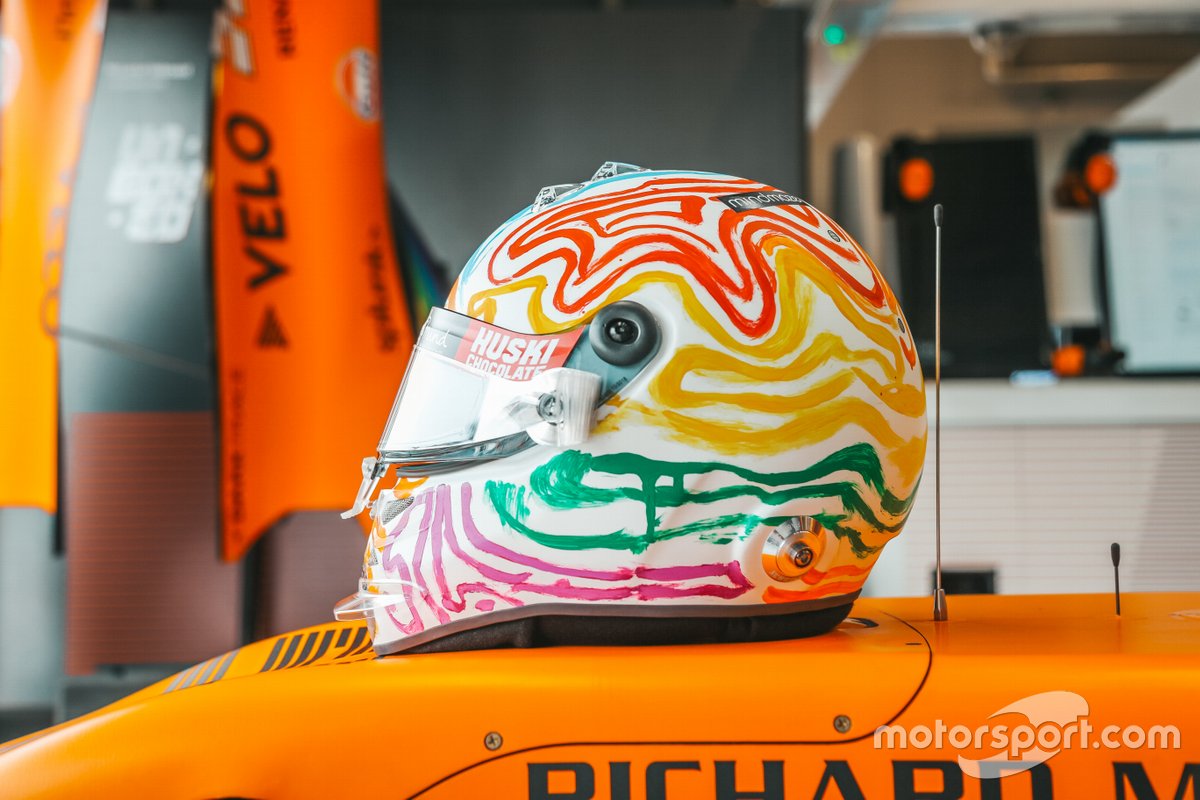 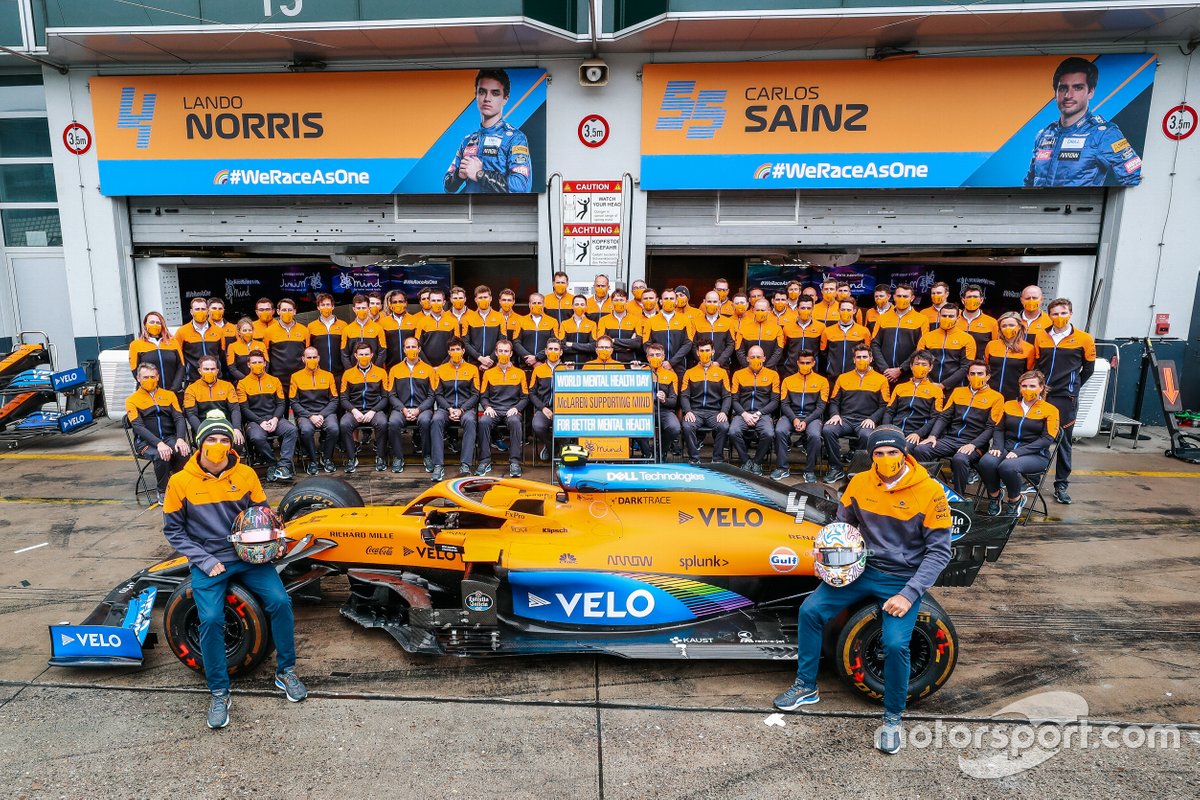 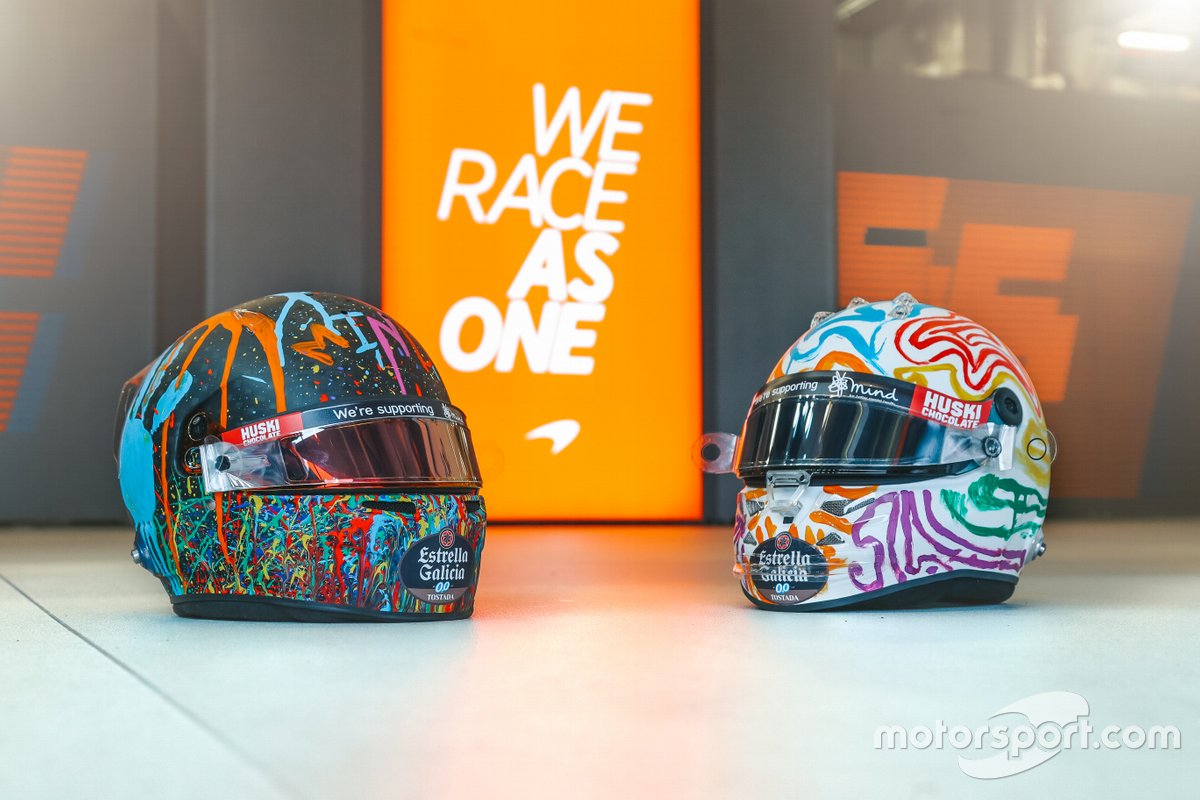 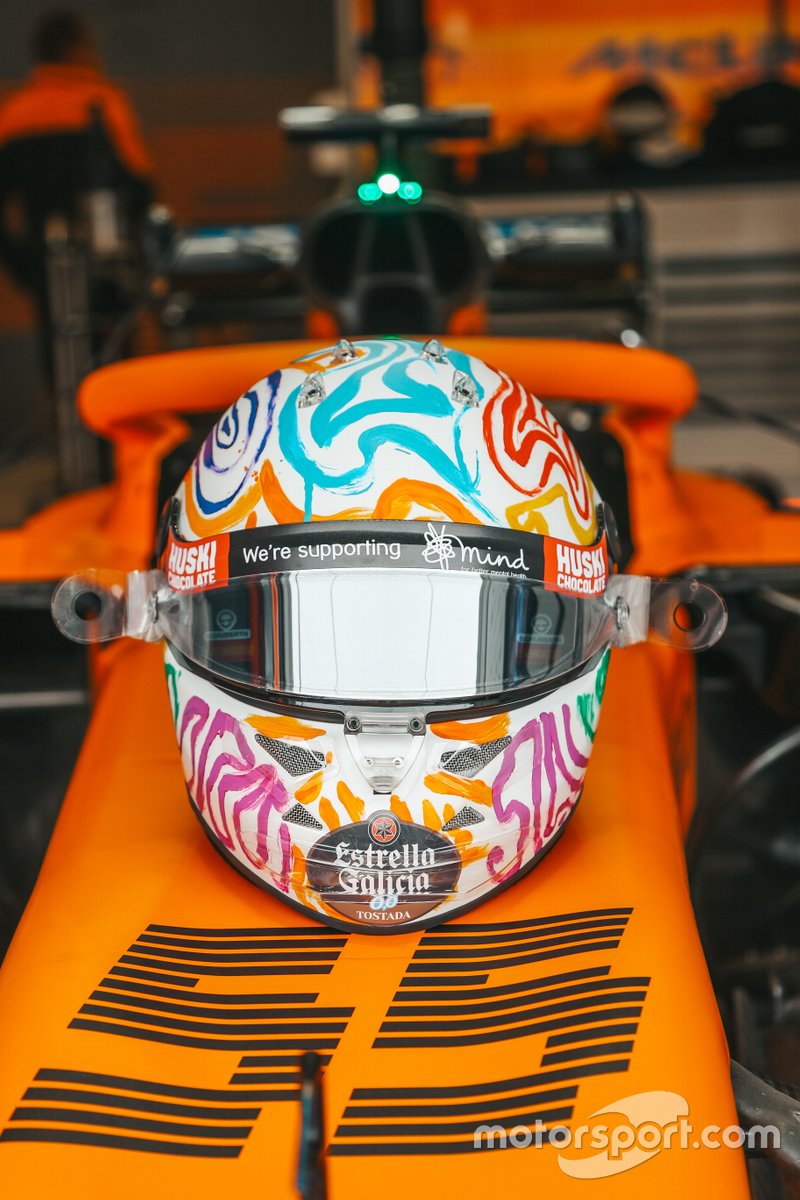 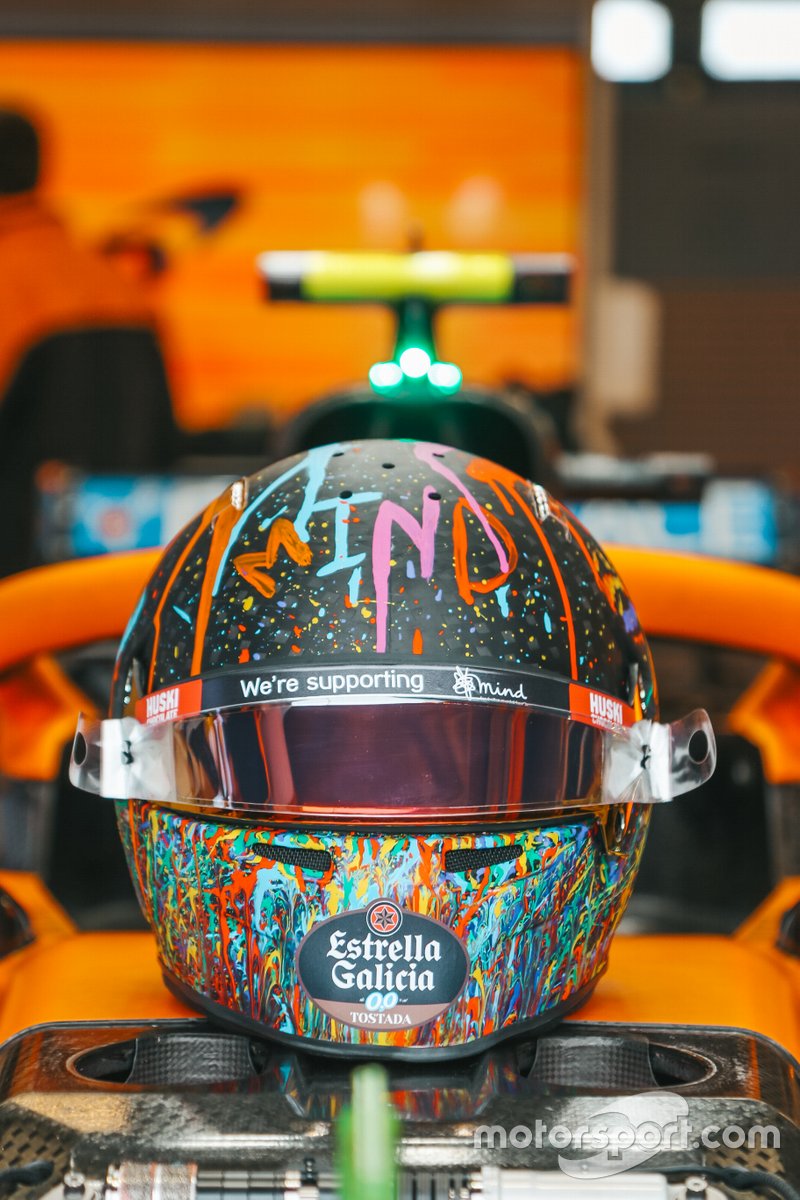 "We designed the helmets that we did a few weeks ago, which was really fun,” Norris told Motorsport.com.

“I think it’s important, because it’s something which a lot of people suffer with and have problems with, but it just doesn’t get talked about as much as many other problems.

“It’s something that is very important. If you want the best performance out of everyone, you need to know how to put everyone in their best position and their most comfortable position to perform at their best.

“Kids and other people growing up that want to be racing drivers and so on, helping them and giving them the belief that they can also achieve it if they work hard enough and are dedicated enough to the job and trying to achieve that, it’s something that I’m very proud of.”

Wolff exit may lead to "bad turn of events" at Mercedes