The McLaren driver will join polesitter Max Verstappen on the front row for Sunday's race at the Red Bull Ring, where he has vowed to attack the Red Bull driver if an opportunity presents itself, despite the championship leader being expected to have a significant race pace advantage following his commanding victory in last weekend's Styrian GP, where Norris was fifth.

Norris ended up just 0.096 seconds behind Verstappen's best time, after the Dutchman could not improve running at the head of the Q3 pack on his final flying lap in the third part of qualifying.

When asked if his second Q3 lap, which was 0.19s faster than his first, had been one of his best-ever qualifying laps, Norris replied: "Quite possibly. I think most corners I definitely did my best [times] on.

"I was actually just behind Max, so I was P2 on track and was a bit nervous I was going to start losing a lot in the straights – which I did but I made up for it in the corners, especially the high-speed.

"I took quite a few more risks and that's where I found a lot of my laptime and it paid off in the end. So, it's a cool feeling – especially around here.

"It's a pretty awesome track to really push it on and to try to find those last couple of hundredths. 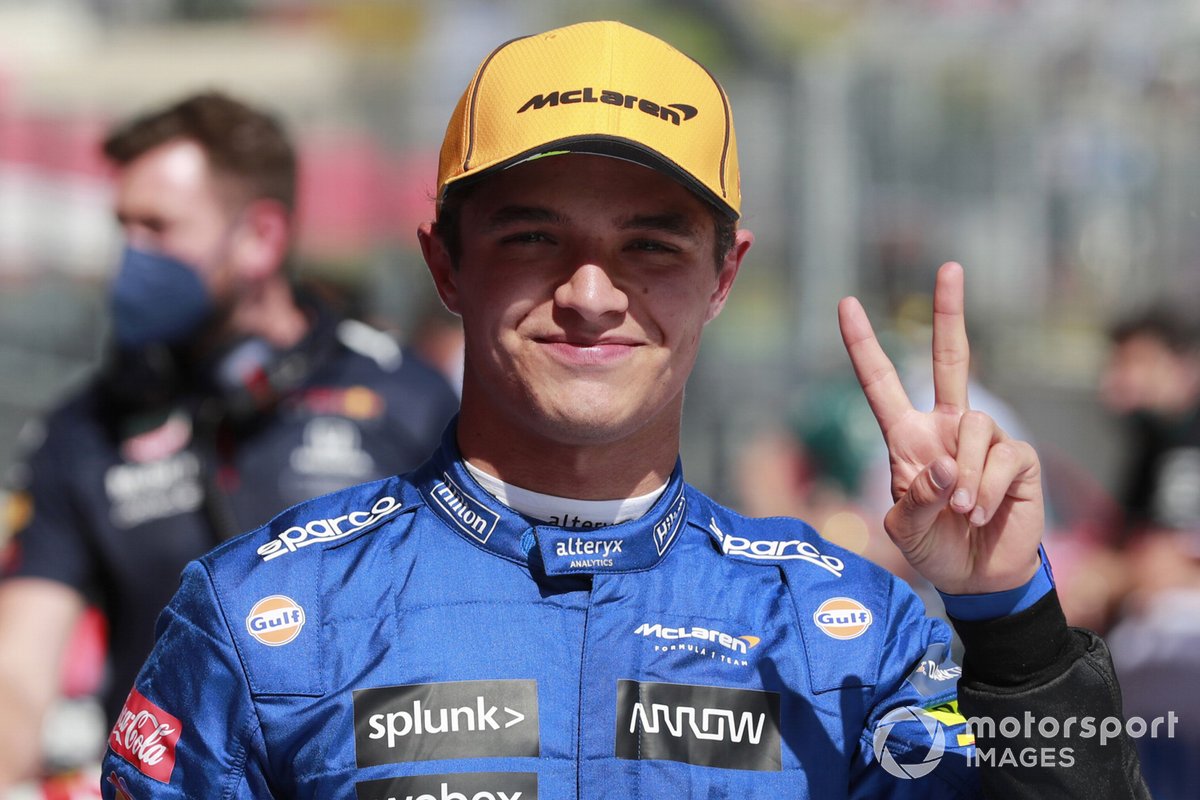 Lando Norris, McLaren, in parc ferme after qualifying on the front row

Norris beat Sergio Perez and both Mercedes drivers in qualifying on Saturday, which followed a final practice session where he was down in 15th and had a trip off the road at the final corner.

He said his practice difficulties were because he was "just trying things" and "pushing".

Norris added: "I'm sure everyone makes little mistakes here and there but we also know the car comes alive a bit more when you take the fuel out and when you turn the engine up.

"The main reason for my mistake in P3 was because I was just suddenly a lot closer to the car ahead in the final corner and I [had] less rear into the corner and I made the mistake because of that and, while I wasn't that close, everything was fine, so that caught me out a little bit.

"The car was good last weekend in qualifying and we knew what worked well and what didn't.

"You're just always trying to find the limits and you're pushing and it's not easy to always maximise the braking, because it's so easy to have a little lock-up or run wide and things like that.

"So you make those mistakes in practice but I didn't make them in qualifying. That's just the way of learning."

How Norris pulled off the toughest race drive of F1 2022

McLaren had "total lack of trust" before my arrival - Brown