Williams my only hope of staying in F1 - Ocon 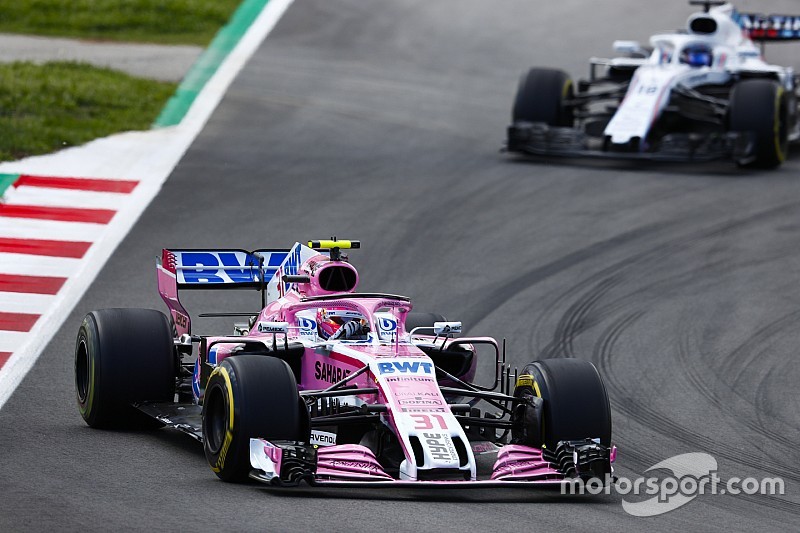 Esteban Ocon has admitted Williams is now his only hope of staying on the Formula 1 grid in 2019.

The Frenchman is battling to keep racing in F1 next year after a planned switch to Renault fell through at the last minute when the French car manufacturer opted to take Daniel Ricciardo.

Although Williams is facing competitive struggles, Ocon says discussions are ongoing about what he will do for next year – as he dismissed suggestions a move to the Grove-based outfit would be a step down for him.

"There are talks with Williams obviously," he said ahead of the Russian Grand Prix.

"The talks are there, but I cannot say it will be a downgrade. Williams is a great team, they have been world champion in the past and they have been fighting with us hard last year.

Pushed on Williams being his only option to remain in F1, he said: "I think so."

If a chance at Williams does not come off, then Ocon says he will sit out 2019 entirely – as he has ruled out racing in other categories like IndyCar or Formula E.

"For sure it could be an option to be on the bench next year," he said. "But even if that is the case, I will be back in 2020, and I will be back stronger and prepared."

Asked about IndyCar, he said: "I am not interested. I am interested in F1, and that is the only thing I want to do. That is my only focus.

"I like racing, I like cars and I think it is a great series. But the only thing I look at is F1, it is my only target and my only target is to be world champion one day, and there is nothing else that counts really.

"Looking at Robert [Wickens], it breaks you a bit from that, but even if that was not the case I would not look at IndyCar."

Ocon does not believe that he needs to race elsewhere because he would not gain anything that would make him better prepared for an F1 comeback.

"If I am told I am not racing in the next couple of years in F1, then I need to leave, I need to work.

Sirotkin clash "looked worse from the outside" - Perez