Ocon disqualified from US GP for fuel infringement 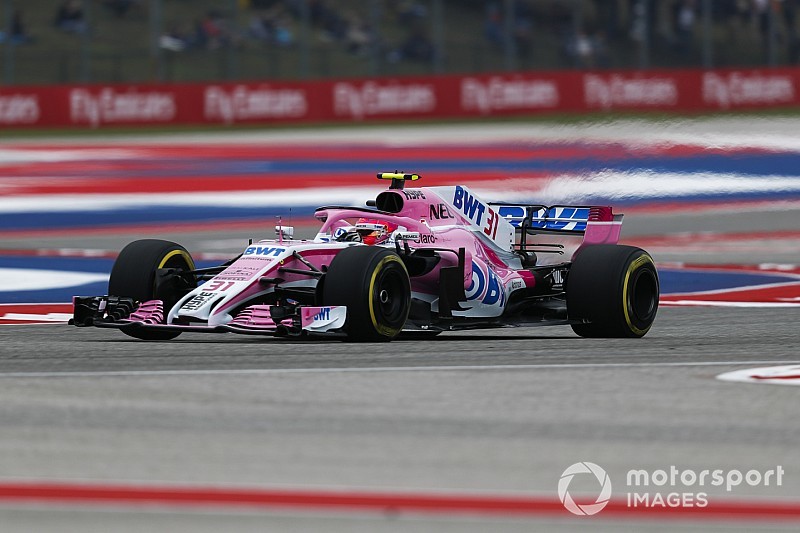 Esteban Ocon has been disqualified from his eighth-place finish in the United States Grand Prix after his car was found to have breached Formula 1's fuel flow limits.

Immediately after Ocon crossed the finish line in Austin, the FIA announced that his Force India car had been found to have broken the rules.

The FIA’s telemetry data had pointed to it breaching the 100kg/hr fuel flow limit during the opening lap of the race.

Following a stewards investigation, the rules breach was confirmed and Ocon was disqualified. His Force India team was reminded of its right to appeal.

Force India team principal Otmar Szafnauer explained that his team's data had shown that Ocon's car had briefly encountered an unprecedented surge of fuel, but had corrected itself before the lap was done.

"What happened was that there was a spike of flow and then a trough – so if you look at it over a lap it was neutral," he said, speaking before the stewards' decision.

"If you look at it over the lap there is no infringement, but it depends how you chop up the lap. This is the first time it has happened."

"This is another limit where we haven't gained an advantage. I think it is unprecedented."