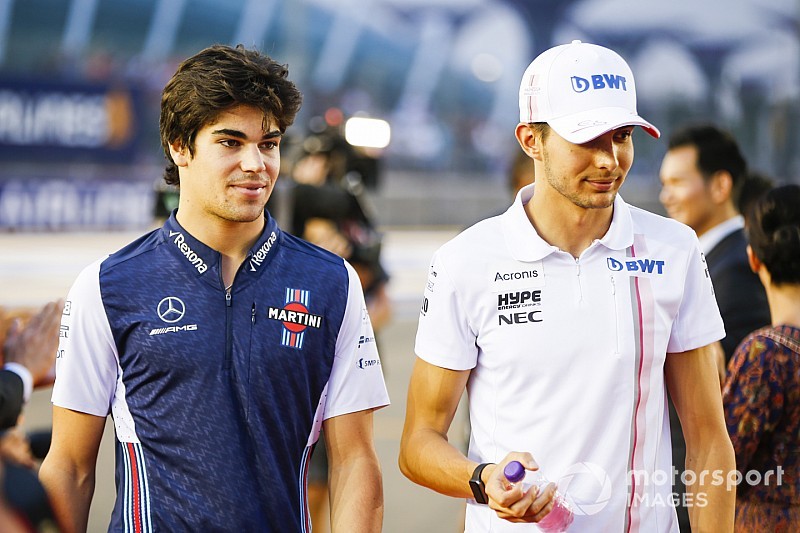 Esteban Ocon believes the “hate” targeted at Lance Stroll is “not normal”, amid the criticism Stroll has received during the saga that may leave Ocon without a Formula 1 drive.

Ocon is poised to lose his Racing Point Force India seat to the Canadian racer because Stroll’s father Lawrence led the consortium that is now in charge of the team.

With Sergio Perez likely to stay on at the team, deals at Renault and McLaren falling through and Ocon’s Mercedes ties restricting his options, the Frenchman faces the prospect of a year on the sidelines.

Stroll has been blamed for his role in Ocon’s plight, but Ocon took to social media ahead of this week’s Russian Grand Prix to stand up for his fellow driver and friend.

Asked by Motorsport.com if that was because he felt Stroll has been unfairly treated, Ocon said: “I think so. I did that because Lance is my best mate in the paddock and we have a great relationship since a long time.

“People are talking like it is his fault but it is not his fault or anything.”

He added: “So, I wanted to share that with everyone and to just see all the hate I saw on social media, it is not normal.

“I think it is better to show your support more than hate.”

While Stroll has enjoyed backing from his wealthy father on his way to F1 but Ocon has relied on support from young-driver programmes.

Ocon was part of the Lotus F1 junior programme when he won the European Formula 3 Championship in 2014 and was picked up by Mercedes early in 2015 ahead of his title-winning GP3 season.

However, Stroll replicated Ocon’s Euro F3 title-winning feat in 2016 before making his F1 debut last season and Ocon believes the two are not that different.

How a handshake sealed Ocon's fate

Williams my only hope of staying in F1 - Ocon