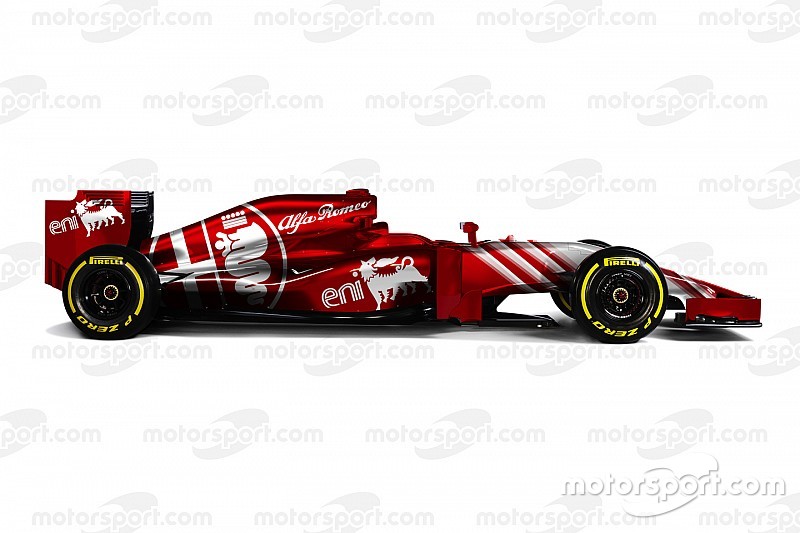 Our columnist David Addison is a self-confessed Alfa Romeo fan, but what does he think of the potential for a Formula 1 return for the ‘cloverleaf’ Italian brand?

Oh, what it must have been like in 1950 for an Alfa Romeo fan? When the Drivers' World Championship blasted into life at Silverstone, it was an Alfa-holics dream: the blood red 158s locked out the top three places, as Giuseppe Farina headed home Luigi Fagioli and Reg Parnell.

Indianapolis aside, and its quirky inclusion into the World Championship, Alfa Romeos won every race that season.

Now, Sergio Marchionne is talking about Alfa returning to Formula 1. Hooray, us Alfa fans say, but please, do it properly.

A long way from F1 dominance

First, let’s have a quick look at what Alfa has been up to since those heady days of F1 dominance. It carved a name for itself in sportscar racing in the 1970s and in touring car racing, thanks to its gorgeous GTAm followed by the wailing GTV6 and more recently great success with 155s and 156s in a variety of specifications.

Isn’t that where Alfa should be? Racing derivatives of road cars that you and I can actually buy? Well, yes. Maybe.

The trouble is that, however hard you market any form of the sport (with the possible exception of NASCAR), nothing comes close to F1 and its global reach and expansive coverage.

So, while you may be the dominant manufacturer in the World Touring Car Championship, for example, how many people really notice?

Instead, you could go into F1, but here is the reason I say it has to be done properly. Alfa Romeo is a brand with a proud heritage dating back over 100 years. Its fans care about it and the way it is treated.

On the road car side, we have endless promises of new models, which will be ‘The One’ that re-launches Alfa and will keep residual values high. My bank balance argues that this isn’t so… We don’t want the same to happen in F1.

When the brand returned in 1979, Autodelta ran large, cumbersome cars, and when the project was handed over to Euroracing, things didn’t improve much.

Drivers like Mario Andretti and Patrick Depailler, then Riccardo Patrese and Eddie Cheever handled the cars and with Marlboro and Benetton on board as sponsors – they didn’t lack ability behind the wheel or budget either. But results were hard to come by.

So, if Alfa Romeo comes back, it has to be a successful operation. If your way of marketing Alfa Romeo as a must-have car is to come home 10th – #epicfail.

If you start winning races, then the message is hitting home.

So what’s the plan?

But how to do it? Who runs the cars? Do you take people from Ferrari’s existing F1 squad to run them (and risk diluting both teams in the process), or do you go to a team in, say, GP2 to run them?

That is perhaps a better option, but then you run the risk of a team learning rather publicly and in turn affecting the progress of the operation: to turn Alfa into winners.

Or you buy an existing team and its personnel and make that into Alfa Romeo. Could Sauber be in line for a second pay-out after a large cheque from BMW a few years back?

And would you want Ferrari and Alfa Romeo fighting it out, two brands under one umbrella? OK, so it happens in WEC with Audi and Porsche for example, but F1 is different.

So, surely you would need to position the Alfa Romeo team as a Ferrari junior team. After all, the Scuderia has its Driver Academy programme so it could find decent young drivers and operate in the same style as Scuderia Toro Rosso does for Red Bull.

Rivals on track, separate entities, but one helping to feed the other.

But… STR and Red Bull both serve to drive sales of Red Bull. End of. The problems faced by our Italian friends is that car companies compete in order to drive sales. It is no value to Alfa Romeo to be beaten by Ferrari (or vice versa), so it would need to be in a position to race equally.

And walking straight into F1 and running at the front just doesn’t happen, does it BAR? Does it Toyota? Does it Jaguar?

Right now, F1 could do with more cars on the grid and some good news in a new team, a new constructor, coming into the championship. But the odds are stacked so high against Alfa Romeo that it surely is a non-starter?

But… but… but. Back aboard the Time Machine and let’s stop in 1979, when Alfa Romeo had a presence on the grid by dint of supplying engines to Brabham.

And Brabham was run by? Correct, Bernie Ecclestone. Don’t you think that Bernie would be delighted to have Alfa back on the grid, and that surely he would be able to assist that process in some way?

On the one hand, it all sounds a bit fanciful to have an Alfa Romeo Formula 1 team again, but with two powerful characters such as Ecclestone and Marchionne in the mix, it could just happen.

And many of us would be delighted. And just imagine the espresso in the paddock…