Opinion: Will there ever be another Grand Prix at Watkins Glen? 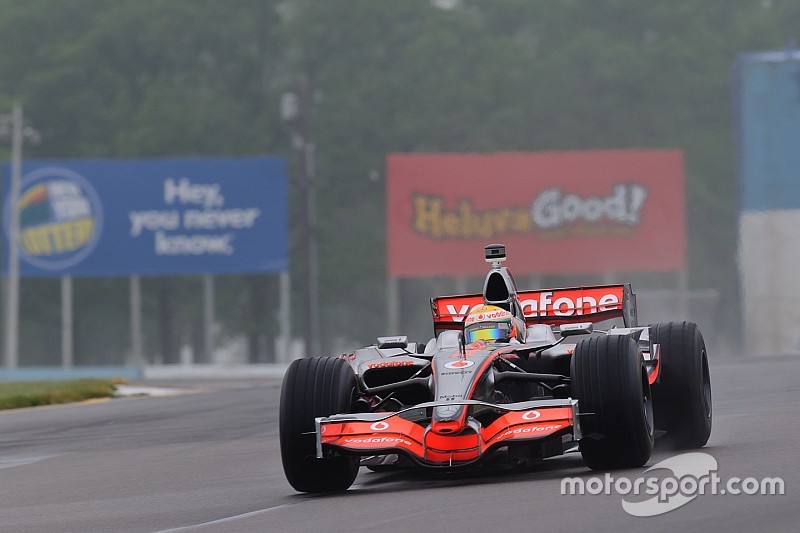 There have been 20 Formula 1 Grands Prix at Watkins Glen, one of America’s best road courses. But could F1 cars ever return? Charles Bradley investigates.

There’s something magical about Watkins Glen. It’s like you’re breathing the same air as other great road courses like Spa-Francorchamps, Suzuka or Brands Hatch.

Maybe it’s the rolling landscape and beautiful vistas, with the Finger Lakes just a short drive away. Mika Hakkinen once told me that he always felt at one with nature when driving at Spa, even in his F1 car, with the trees blurring past on either side of him.

I think he’d enjoy driving around The Glen too. Not quite as many trees as the Ardennes, but enough to give a true sense of speed and boasting some truly challenging sequences of corners.

Upon Formula 1 race director Charlie Whiting’s recent visit to the Upstate New York venue, which coincided with Watkins Glen International’s new asphalt being finished, he spoke of how “marvellous” and “charismatic” the circuit is.

He also said: “It is always a pleasure to come over and see how things are done over here, to see how well things can be done without going to the silly levels of some of the modern tracks that get built by very wealthy governments – what we see here is an absolute gem of a track. It has got heritage and that is what I like."

I totally agree: There’s certainly a simplicity to the way America does things that makes you wonder why other well-developed parts of the world go to such extremes. Maybe they're just showing off?

Surely, what makes Watkins Glen such a great track is that it was built to the contours of its original mid-1950s landscape. And it’s remarkable how little the track has changed – apart from the 1971 addition of ‘The Boot’ section – and too how the run-off areas have remained limited in their scope.

I spoke with Alex Brundle, who’d spent a lot of time in GP3 racing around many modern-day Tilkedrome’s, who said: “You find the limit quickly and easily on those by going over it, and using the asphalt run-off. Here, that’s not an option, you build to the limit. Go over it, you’re in a wall.”

My first visit to Watkins Glen was for the Six Hours IMSA race a couple of years ago. It was a track I’d really wanted to tick-off my list, and it was amazing to note just how many paddock notables were there for the first time too – even legendary PR queen Annie Bradshaw, one of the sport’s true globetrotters! I felt in good company as a ‘Glen virgin’.

Of course, one cannot visit this track without thinking of Francois Cevert’s untimely and grisly death in 1973 on the approach to the Esses, and also Helmuth Koinigg’s lesser-heralded – but equally tragic demise – a year later, further around the course.

Amazing to think too how close the circuit came to closing for good in the early ‘80s, with the lure of F1 having gone after 20 consecutive years that truly built its Stateside following. But from bankruptcy, the rise of NASCAR’s popularity has proved to be a saviour – alongside its always-strong tradition of well-attended sportscar events.

The expansive infield is the perfect place to hook-up your RV and chill out for the weekend as the racing zooms past just a few feet away. It’s simply a nice part of the world to be.

Could F1 ever return?

The uncertainty surrounding Circuit of the Americas in Austin beyond 2016 is a question mark to F1’s presence in the USA – we should find out more about this on Thursday.

So could a Grand Prix ever happen again at Watkins Glen? Sure, but not in its current state.

It’s a long, long way from the requisite Grade 1 status. Standing at the top of the Esses you get a real sense of drivers ‘earning their corn’, and the cars are clearly working hard with the various loads that are asked through this testing section.

Then a long, fast straight into the Bus Stop chicane (installed in 1992) ahead of the long Outer Loop right-hander. The ‘Chute’ leads into my favourite corner on the course, the plunging left-hander of Turn 10, then ‘The Boot’ itself, with ‘Toe’ followed by ‘Heel’ – lots of fast approaches into medium-speed or slow corners.

It rejoins the older section of circuit with a totally blind left-hand corner with almost zero run-off, before the final two turns. Walking around the place (spotting Bob Bondurant, a sportscar star and top-four finisher in the Monaco GP at the Bus Stop as I did so!) I counted at least 10 places where the run-off would have to be drastically extended. And goodbye powder-blue Armco too? Perish the thought!

COTA is a great track, check out this video of a couple of laps with Allan McNish (I’m hanging on in the passenger seat). It boasts the wonderful city of Austin nearby, well equipped to deal with the travelling circus of F1, unlike the small towns that circle Watkins Glen, such as Corning, Horseheads and Ithaca (Binghamton and Syracuse being the nearest cities quite a distance away).

COTA confirms 2016 US GP will go ahead