With almost all of the post-Canadian Grand Prix focus being on the decision to hand Sebastian Vettel a dubious five-second time penalty, has the call from the stewards disguised another error from the Ferrari driver? 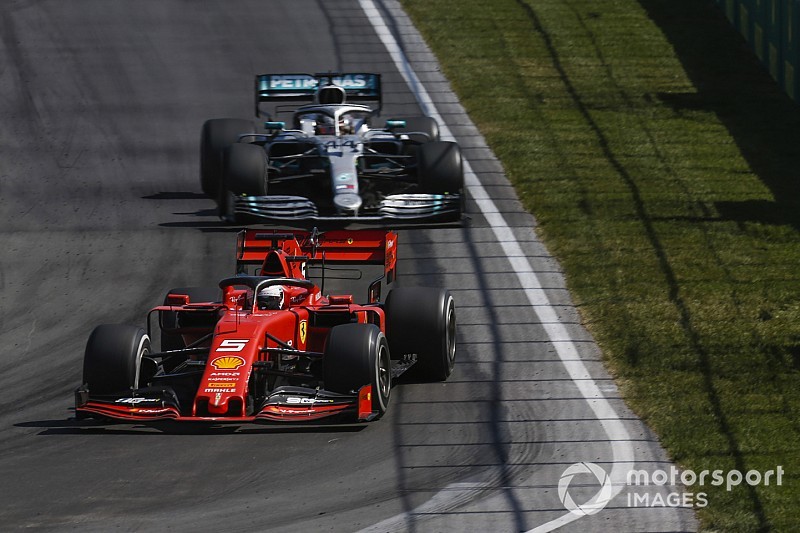 Having taken his first pole position since the 2018 German Grand Prix – a race that was memorable to Vettel for all the wrong reasons – the Canadian Grand Prix was an opportunity to ignite some hope of resurgence into the Ferrari fans, but the race-defining incident on lap 48 has threatened to douse the dreams of a championship fightback.

Vettel’s turn three incident was rightly the point of discussion but, few people have mentioned the fact that the incident itself exists in the first place, and the focus has been solely on the outcome.

If you put the penalty verdict to one side, Vettel did manage to hold off Hamilton for the entire race but, with the Mercedes man not needing to pass his rival in the final 15-or-so laps, we’ll never truly know if Vettel could’ve held on to take the win.

The mistake alone might not have been enough to let Hamilton past but, crucially, Vettel’s turn three error was another chink in his armour that allowed for something to go wrong. If the blunder didn’t exist in the first place, then no harm can come from it.

In the last twelve months, these errors have become slightly too common. For those interested in watching a championship battle go down to the wire, Vettel’s mistakes have had a two-fold effect. Along with harming his own points accumulation, his mistakes have often directly benefited Hamilton, who has gained a position on track as a result.

There have been two such incidents this season, in Bahrain and Canada, which have – directly or indirectly – cost Vettel victory.

If we assume that both incidents were the difference in Vettel taking first or second in both races, then these count for a 28-point swing when comparing his and Hamilton’s points totals. If Vettel had won both races, he’d have 14 more points, and Hamilton would have 14 fewer points for finishing second both times.

The 62-point gap would be down to 34 and, with a host of tracks coming up that on paper suit the Ferrari SF90, the championship lead would have looked much more surmountable.

The majority of Formula One fans around the world seem to be of the opinion that the penalty decision was incorrect, but is 100% of the frustration placed with the stewards, or can we apportion at least some of that annoyance to the harsh reality that, once again, an error from Vettel has resulted in another event going the way of Mercedes?

What do you think? Was the Canadian Grand Prix a must-win for Ferrari? Leave your thoughts in the section below.