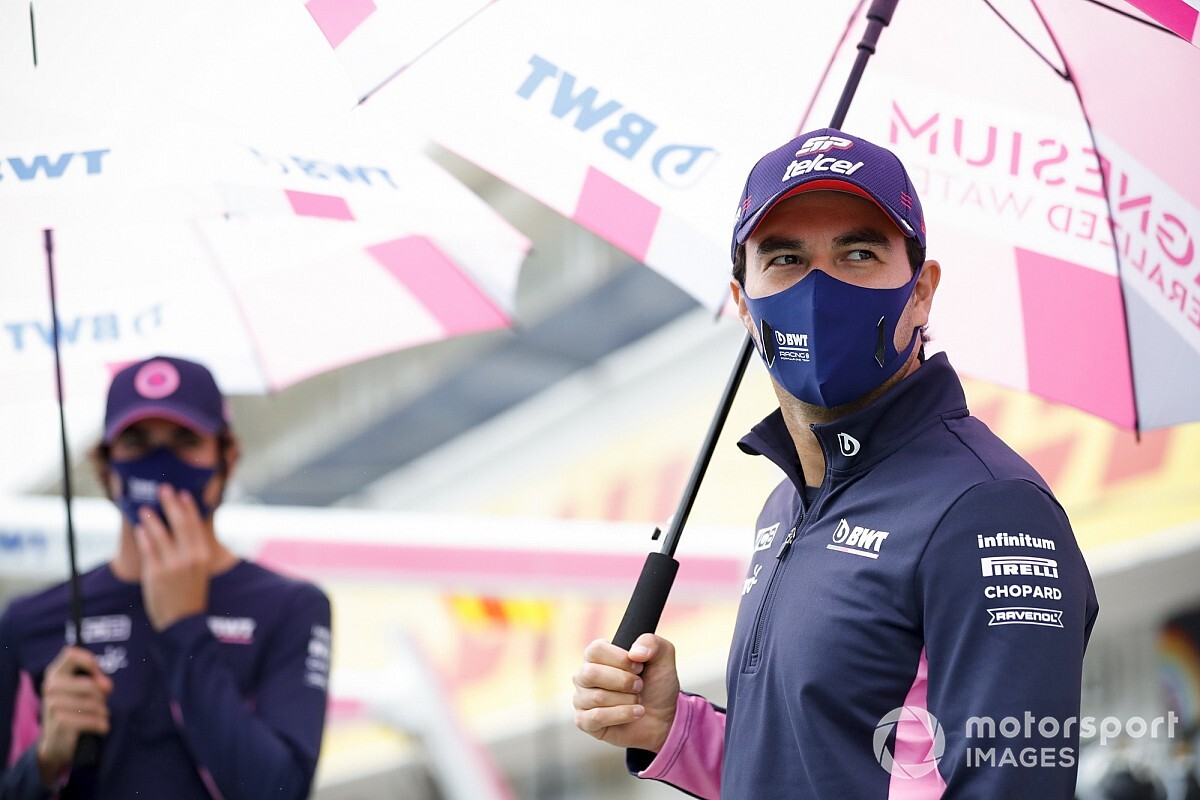 The FIA announced on Thursday that Perez had tested positive for COVID-19 following an inconclusive first result, ruling him out of the British Grand Prix race weekend.

It marked the first case of COVID-19 for an F1 driver, and is just the third positive result since F1 began its strict testing and tracing protocols in Austria earlier this month.

Teams have been working with reduced personnel on-site and enforcing 'bubbles' to reduce contact between crew members and reduce the risks in play.

But Red Bull chief Horner said Perez's positive test result proved that F1 still must be vigilant and aware of the risks of contracting COVID-19.

"It's a stark reminder," Horner said during Friday's FIA press conference at Silverstone.

"Sometimes in Formula 1, we feel we're a bit isolated and we all live in our own bubbles anyway.

"But I think that when it happens to somebody like Perez, a driver who is affected like that, it's a stark reminder that these procedures are here for a reason.

"The procedures we take as a team and collectively as Formula 1, we do everything that we can to ensure that as little unnecessary contact is made either at the race event, away from the race event, or within the factory.

"It is very difficult, but it's a stark reminder that this thing hasn't gone away yet. It's still out there. We're going to be travelling to countries where there are second waves and peaks that are still bubbling away.

"That's where as a group, as Formula 1, we do need to keep that discipline with the procedures that are in place.

"I think it was handled well, and it's been executed well by the FIA and by the team."

Perez remains asymptomatic despite his positive test, and has explained his decision to travel to Mexico on a private plane following the last race in Hungary, which was within the FIA's code of conduct.

Perez was not the only driver to travel overseas since the last race in Hungary, with Haas driver Romain Grosjean taking a holiday in Greece before coming to Silverstone.

Haas F1 chief Gunther Steiner said it was important for F1 to remain responsible, and that all of his team members had been instructed to follow the guidelines set out by the FIA.

"The FIA and the team handled it well, because we just allow people to keep to the guidelines and not to do anything different, but we know it can happen," Steiner said.

"As we found out, it can get everybody, but then again it's got a good reaction to it to limit it, to spread anymore, so we just have to be responsible each of us.

"We cannot follow each person to [see] what he is doing outside of the racetracks, so hopefully we can be all responsible and sooner or later this virus is going away.

"Our team is instructed to behave by the guidelines."