Daniel Ricciardo cites Sergio Perez as his inspiration in his quest for a podium finish in the Azerbaijan Grand Prix this weekend.

Renault led the chase of the established top three squads in both Bahrain and China, and on form the Enstone outfit potentially has the best chance of grabbing a podium in Baku on Sunday should there be some trouble for the quicker cars.

Ricciardo, who won the race for Red Bull in 2017 and crashed out while battling with teammate Max Verstappen last year, says that Perez’s third places with Force India in 2016 and 2018 show what is possible for a midfield team at Baku.

"Hats off to Perez, he’s the inspiration around here,” said Ricciardo when asked about the Mexican's Baku success by Motorsport.com. “I think I saw a stat, he’s had more podiums here than anyone else? What a legend! So that’s the best example.

"It’s one of those ones where you have to be in it, to win it, you really do. You’ve got to take the most of the opportunities. It’s just having that balance on Sunday where you’ve still got to be fired up and ruthless enough, but if it this is going to take your race away from you in the first 10 laps, maybe save it for later, because more shit’s going to happen.

“It’s a good one. I’m looking forward to it, well aware anything could happen, so hopefully things will happen.”

Asked if he felt the track owed him something after last year’s frustration he said: “I already got a bit from it in ‘17. We’ll see. Turn 1 has been interesting… Turn 1 has been very controversial for us last year.

“In 2017 it the move of the year, and that set up the win for me. I got a pretty good relationship with Turn 1, so let’s see what happens! Talking about it, I’m excited.” 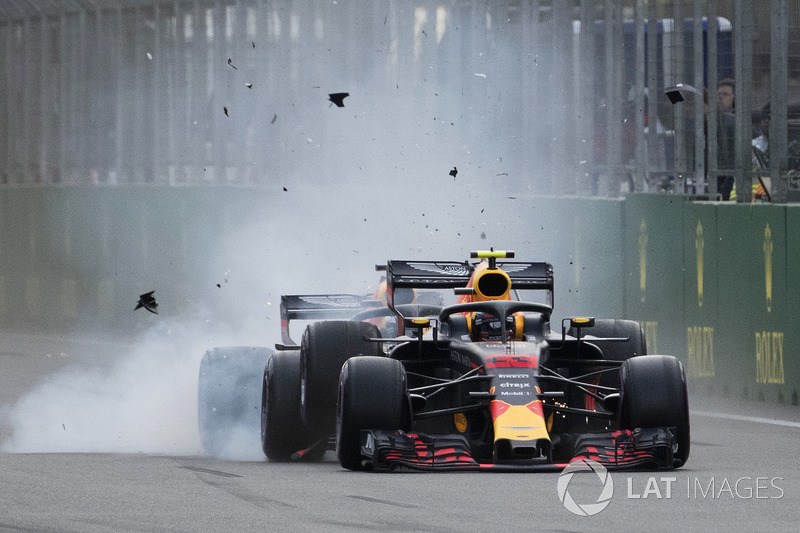 Ricciardo believes there is a clear explanation as to why Baku has produced dramatic races, suggesting that the drivers are more “jacked up” than usual.

"So you get massive slipstreams and tows, and that brings the racing close together. And a lot of the corners around the track are low speed, so you don’t get a big loss through the aero stuff, so you can kind of hang close through the whole lap, and then get massive tows on the straight.

“And then just the high speed at the end of the straight. When you’re going 340-350km/h that just creates a level of adrenaline that probably gets us jacked up more than we normally are.”

Perez, who missed out on another good result after contact with teammate Esteban Ocon in 2017, acknowledged that Baku has been happy hunting ground for him.

“I think the car has been performing well around here,” he said. “Also we've maximised our package and we had the crash the second year but should have been on the podium as well.

“I think generally it's a circuit where the driver can make a difference, staying off the wall, having a clear race, and maximising the strategy. I think it's something that we do quite well on Sunday and that has worked quite well for us.” 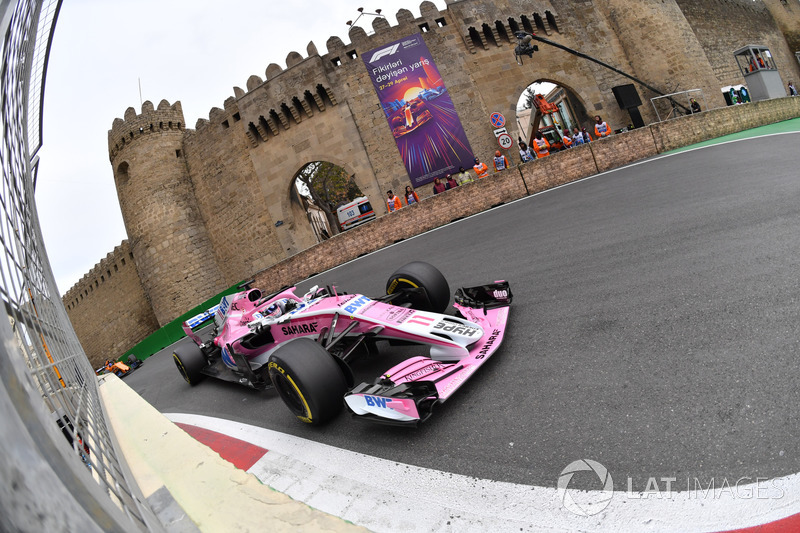