Racing Point Formula 1 driver Sergio Perez says his first day of practice running ahead of the season-opening Australian Grand Prix was “not good at all”.

“They [the sessions] haven't been great, not good at all,” the Mexican conceded after FP2 wrapped up.

“I think there's a lot of understanding that we need to go through, in detail, and try to come up with the best possible compromise for tomorrow.

“It's very tight, that midfield pack, so anything we can find will be very beneficial for us.

“I'm struggling a bit with balance. So I need to go through it, tyres as well - obviously tyres are a big thing, we have a very cold track in the morning, then a very hot one in the afternoon.

Asked about the Racing Point RP19's position in the pecking order in Melbourne, Perez said: “It's hard to know but I think where probably Lance finished is where we are.”

The RP19 was the eighth-quickest F1 car on outright pace on Friday as Stroll ended FP2 in 13th place, 1.4s behind the pace-setting Mercedes of Lewis Hamilton.

The team has brought a major update to its new car to Melbourne after running a more basic aero specification in testing.

“The nature of the [Melbourne] track is very different to Barcelona, it's bumpier, it's windy today, a bit warmer, so there are some differences,” Stroll said when asked whether the car had made a step forward since testing.

“But the car overall feels good, the ingredients are there, just got to make a few adjustments.

“I think we can be right there in the fight.” 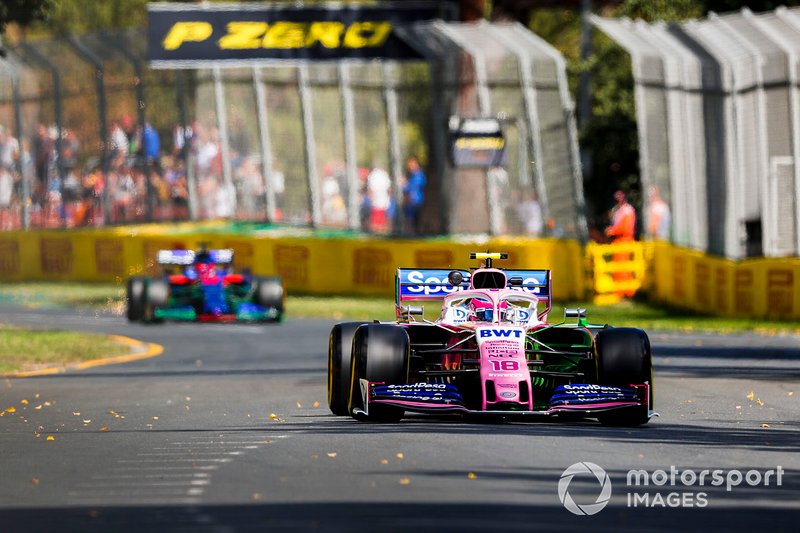