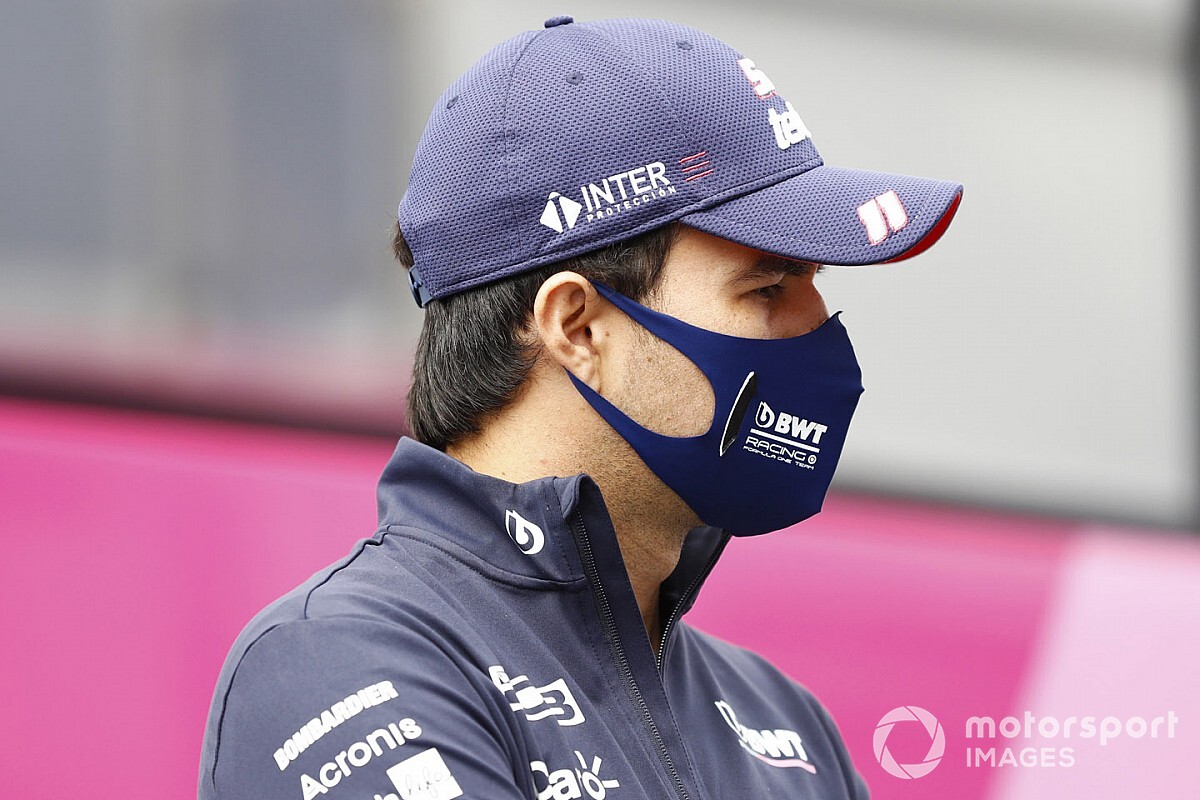 Sergio Perez could return for this weekend's 70th Anniversary Grand Prix after completing his required quarantine period following a positive test for COVID-19.

Perez was replaced by Nico Hulkenberg for the British Grand Prix while he isolated after his positive diagnosis last Friday, but Racing Point said it was possible the Mexican could return for the second race.

The team said it was awaiting clarification over UK quarantine rules after a change in guidance, which recently updated from seven to 10 days of isolation after a positive COVID-19 result.

Racing Point has now confirmed Perez has completed his required quarantine period after guidance from government officials, meaning he will be eligible to race this weekend.

However, Perez must test negative for COVID-19 before he is able to re-enter the F1 paddock, meaning the team will decide on the line-up for the weekend once it has the result back.

This is due to arrive either later today or on Friday morning ahead of first practice.

"Public Health England have confirmed that Sergio Perez's period of quarantine has been completed," a statement from Racing Point reads.

"In line with the FIA Code Of Conduct, Sergio requires a verified negative test result for COVID-19 before he can enter the paddock. The testing process is taking place today.

"The team expects to make a decision on who is driving alongside Lance later today or first thing tomorrow morning."

Hulkenberg qualified 13th at Silverstone last weekend, but was unable to take part in the race after a power unit issue prevented the car from firing up.

Perez was the only positive COVID-19 case in F1's latest round of testing, which covered 3,909 tests between 24-30 July.

Perez travelled to Mexico between the Hungarian and British Grands Prix to visit his mother in hospital, but said he remained within the guidelines and protocols set out by the FIA.

Racing Point confirmed last week that two other people who travelled with Perez had tested negative for COVID-19, although both had decided to isolate due to his positive result.