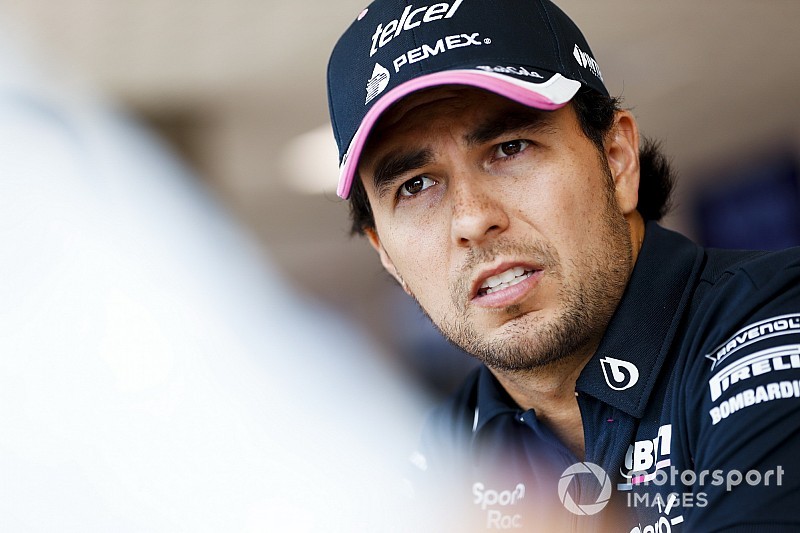 Sergio Perez is set to stay with the Racing Point Formula 1 in 2020 and beyond, but the Mexican insists that the deal is still being finalised.

Although Perez had been mentioned in connection with Haas, extending his stay with Racing Point has always been his main target.

Some sources have suggested that an announcement is imminent, possibly as early as this weekend in Hungary.

"I think things are settling down," said Perez. "My priority will be to continue with the team.

"No, it's not done yet. We are finalising it, but you know in F1 until it's done, it's never done. So as I've said, I see very good prospects for the future, so I look forward to it."

Traditionally, Perez's deals with the former Force India team have been complicated by the parallel but separate contracts with his Mexican sponsors.

"It takes a bit longer, my deals, due to that. I think it should be a matter of time," he said.

Asked by Motorsport.com if he wanted a multi-year deal rather than to be free to look elsewhere in 2021, he said that he saw his long-term future with the team.

"I think the prospect and the ambition of the team is very big. It will be good to get a long-term deal here because I see that the team is moving forward.

"I think it works well both ways, and we ideally would like to commit for a long-term deal, and hopefully we can work out the terms and everything."

Perez admitted that the prospect of staying with the team into 2021 appeals, especially given that new rules are being introduced to level the playing field.

"I think so. When you look around it's definitely a good place to be. I've been with this team very long.

"I actually remember coming here, what a weekend I had last year in terms of all the administration process and all that happened here.

"So to come back here after one year and to see where the team is I feel very proud of that. I definitely have unfinished business although I've been with the team for a very long time I see more to come."

Hulkenberg still not over "out of proportion" German GP crash