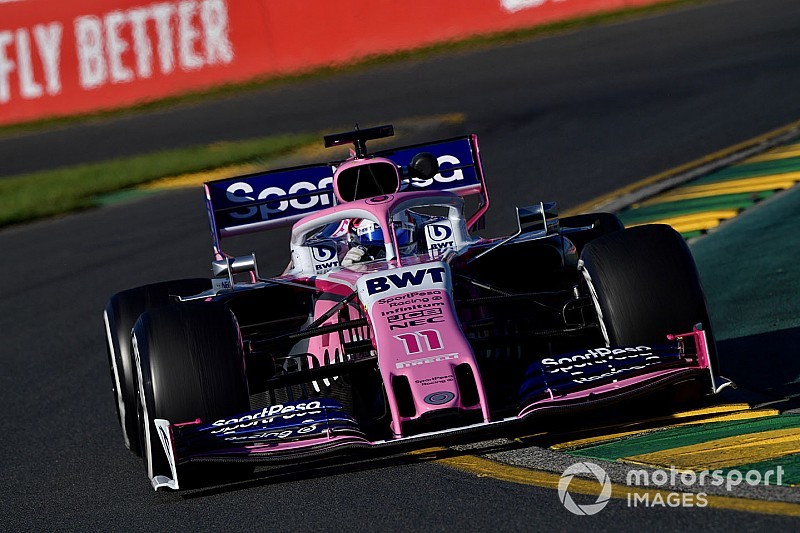 Perez pipped Renault driver Nico Hulkenberg for the final Q3 slot by three hundredths of a second, but ended the final segment of qualifying slowest of the 10 cars.

Racing Point introduced an upgrade package this weekend, including modified bargeboards, new wing mirror mountings, modified brake ducts and additional aero flicks on the engine cover and sidepods, which Perez believes the team still needs time to get on top of.

"I think the upgrade hasn't delivered what we were hoping," said Perez when asked by Motorsport.com about Racing Point's pace.

"Therefore we are in a similar position to where we were in Barcelona. So to be Q3 today is a massive team effort.

"It's the first time we're running it so there's a lot of learning we have to do with the package.

"We need to see what we're able to come up with for the next race.

"We've got some issues with the car. we know that we don't have the pace that we're hoping to. There's a lot of improvement that we have to do throughout the season."

Despite the performance of the car not being as hoped, Perez believes he and the team had a perfect run through qualifying.

But he's not confident about being able to retain his top 10 place in Sunday's race.

"Absolutely maximum, we executed a perfect qualifying" he said of the qualifying result.

"It's much higher than really expected the whole weekend, so we're pleased with that.

"Hopefully we can have a strong race and score some good points."

Teammate Lance Stroll was eliminated in Q1 and qualified 16th in his first race for the team, but believes he would have advanced but for traffic on his second run.

"I got traffic," said Stroll of the first segment of qualifying. "[Romain] Grosjean was in the way on my best lap in Turn 9.

"My nose was in his bumper in the corner and that cost me easily a couple of tenths, which was a real shame."

Australian GP 2019: What to look out for