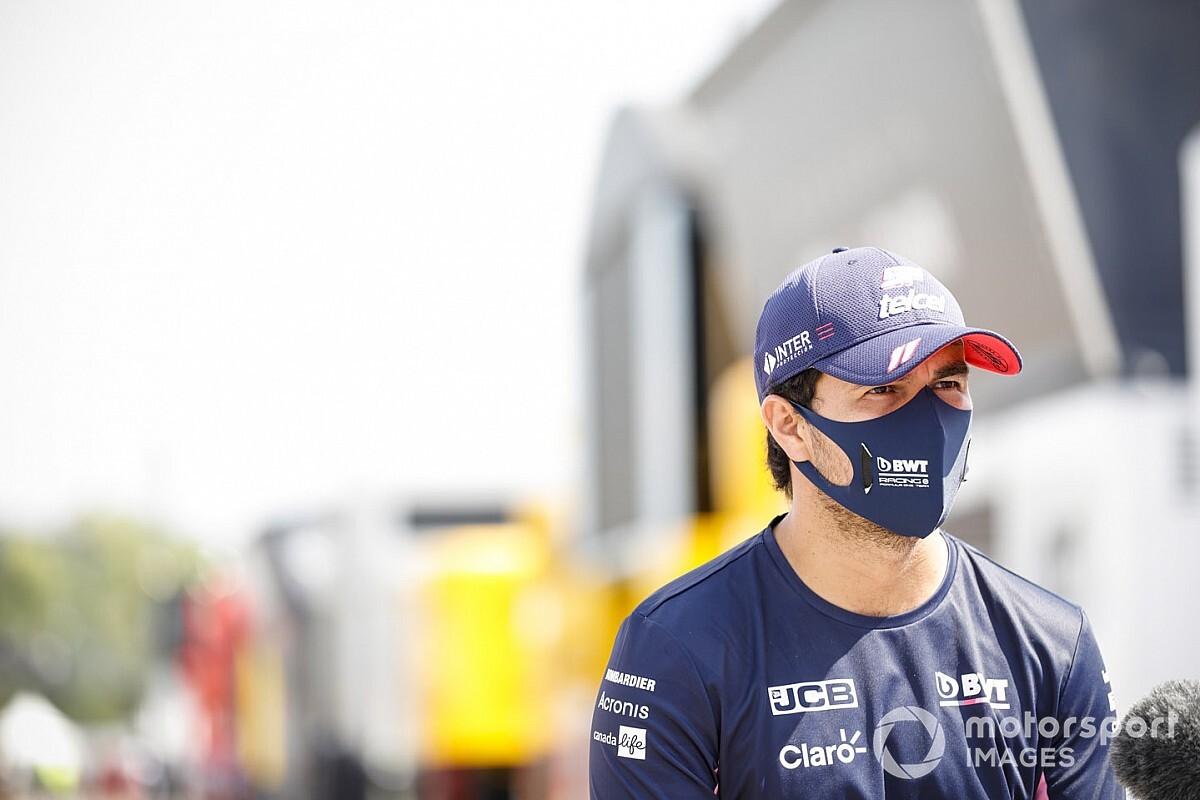 Sergio Perez believes it is just "a matter of time" until rumours linking Sebastian Vettel with his Racing Point Formula 1 seat go away, feeling "quite secure" about his future.

Four-time world champion Vettel is known to be in talks with Racing Point over a possible drive for the 2021 season, when it will rebrand as Aston Martin.

Racing Point currently has two drivers under contract for next year in Perez and Lance Stroll, and has repeatedly stated that both are locked in to long-term agreements.

Perez previously said it was "obvious" he would be the driver to leave the team if Vettel were signed - given Stroll's father, Lawrence, owns the team - and that he had already been contacted by another F1 team about his availability.

Speaking on Thursday ahead of the Spanish Grand Prix, Perez said he felt confident about his future with Racing Point, believing the Vettel rumours would eventually die down.

"With the rumours of Sebastian, I think there's nothing I can do," Perez said. "What I've heard from the team is that we all want to keep going, to continue. So I believe it's just a matter of time before those rumours can go away."

Asked if he had spoken to another team about a drive for 2021, Perez confirmed he had not.

"No, not really, given that my position with the team looks quite secure," Perez said.

"That's the feeling that I've been getting. We are fully on this package, and we want to continue as well."

Vettel was also seen sharing an elbow bump with Stroll Sr. in the paddock at the same race.

But Perez dismissed both instances, saying there was not much to read into.

"I think Otmar, he's a very proud Ferrari owner!" Perez said. "What do I make of it? Nothing. I think everyone is free to do what they want, especially outside the racing.

"Between the elbow with Lawrence, nothing really to say. I don't make anything of it."