Sergio Perez felt he was in "survival mode" after struggling with illness through Sunday's Formula 1 United States Grand Prix, calling it "the longest race of my life".

Perez scored back-to-back podiums for the second time this season by finishing third at the Circuit of The Americas on Sunday, helping Red Bull make inroads on Mercedes at the top of the constructors' championship.

Perez started well and was side-by-side with teammate Max Verstappen on the opening lap, and sat close enough to race leader Lewis Hamilton in the opening stages to prevent Mercedes from extending his first stint.

But the Mexican driver fell away from the leading duo in the second stint, and eventually finished the race more than 40 seconds behind in P3.

Red Bull team boss Christian Horner revealed after the chequered flag that Perez had been battling illness all day, and was without his drinks system for the majority of the race after reporting an issue en route to the grid.

"I wasn't feeling well this morning, and yeah, from lap one onwards I had no drink at all," Perez explained after the race.

"It was extremely tough. Already from lap 20, I was completely gone. I had no strength, I was losing strength on my hands, strength on my feet. The vision as well, it was getting quite uncomfortable.

"It was just survival mode, you know, trying to keep up. It was a time that if I had a bad moment, I wouldn't be able to control the car.

"It was the longest race of my life, no doubt about that." 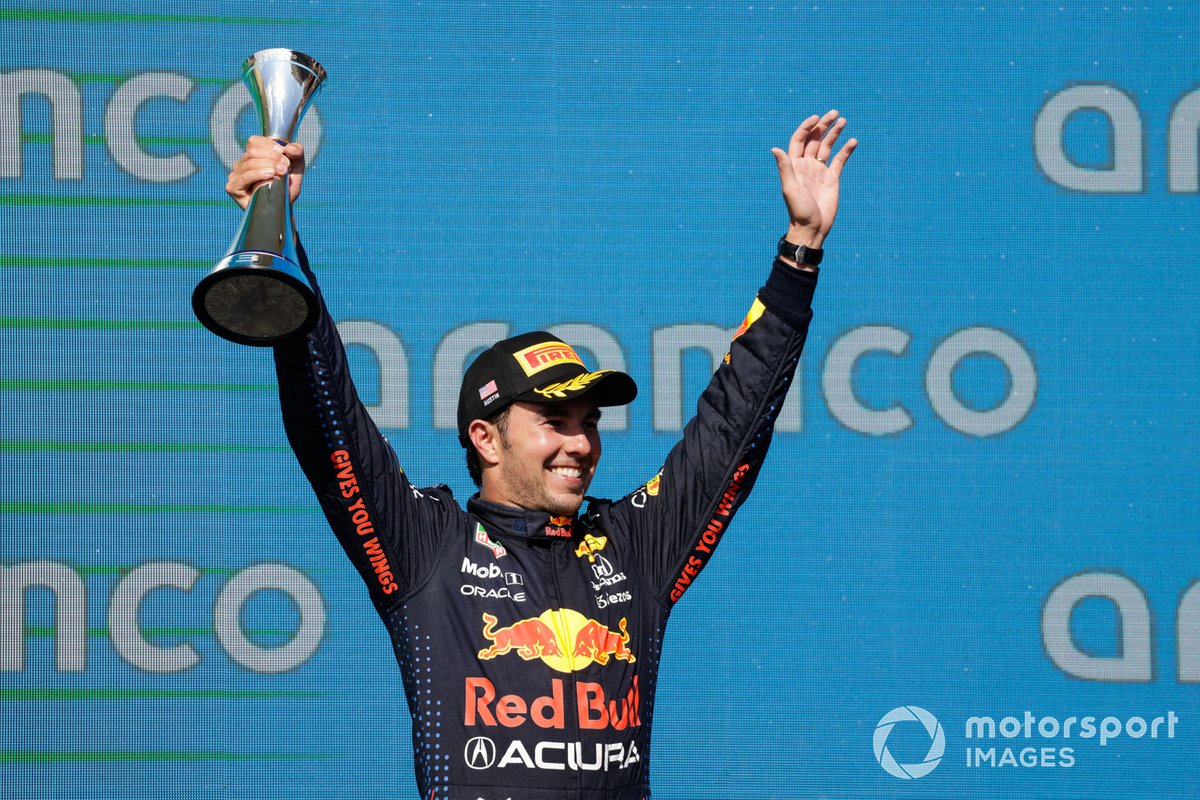 Perez had focused on hydrating himself well after "suffering" through Sunday morning before the race, only to find that he had ran out of drink after the opening lap.

"Already from the first stint I was really, really struggling massively to do things properly," Perez said.

"I was really losing strength. And it was really difficult, especially I think the last 30-40 laps were extremely tough."

Third place saw Perez rise to fourth in the drivers' standings ahead of Lando Norris, and helped Red Bull take 13 points out of Mercedes' constructors' championship advantage, reducing the gap to 23 points.

Perez said the weekend had been a "nice boost" for Red Bull, particularly going into his home race in Mexico in two weeks' time.

"I'm looking so much forward to Mexico," Perez said.

"Today was just a shame I couldn't keep up with a Max and Lewis. I was so physically limited today.

"But I look forward to Mexico. I think Mexico should be another good track for us."