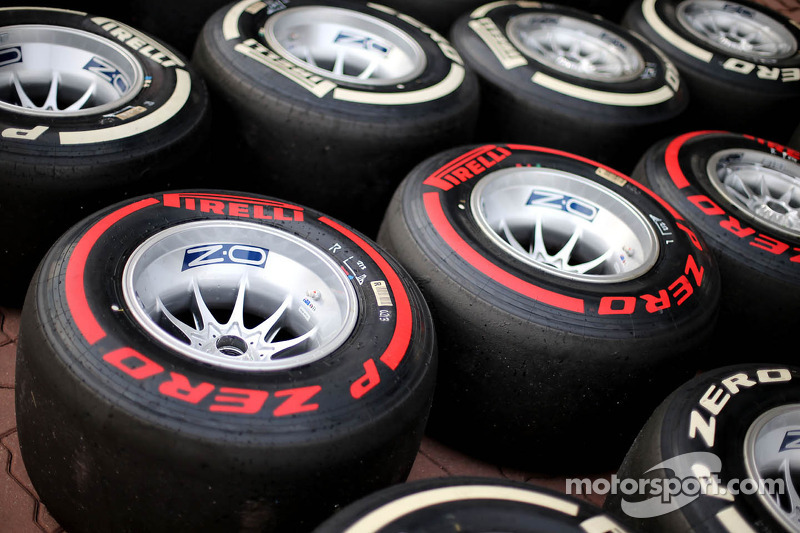 Tyres provide all the mechanical grip on the slowest circuit of the year.

Milan – Pirelli’s P Zero Red supersoft tyres make their 2014 debut at Monaco, alongside the soft tyres that have already been seen in three of the five races that have been held so far. With Monaco having the lowest average lap speed of the year, as well as the slowest corners of the season, the cars rely almost entirely on mechanical rather than aerodynamic grip – which is generated only by the tyres.

A quick tyre warm-up is essential, to allow the compounds to deliver maximum adhesion as quickly as possible. A slippery surface, with the usual street furniture found on a street circuit – such as painted lines, manhole covers and bumps – only adds to the challenge for the tyres. Part of the circuit has been resurfaced this year, after the exit from the tunnel.

Paul Hembery, Pirelli motorsport director: “Monaco is obviously a showcase event for everyone involved in Formula One, with a unique atmosphere and a special challenge that you just don’t see anywhere else. The supersoft tyres make their debut in Monaco, which like all our 2014 slick tyres have new compounds and constructions this year, designed to improve their durability. Wear and degradation is traditionally very low in Monaco, so it’s possible to do the race with just one pit stop.

However, that’s not always the quickest way, therefore strategy will as always play an important part: particularly with Monaco being such a difficult track to overtake on. This also increases the importance of qualifying. Any race strategy has to be flexible as there is a high probability of safety cars on the narrow circuit, so reading the race to make use of any potential opportunities exactly as they happen will once more be key to success.”

Jean Alesi, Pirelli consultant: “I’ve raced in Monte Carlo 12 times and I understood straight away how much of a difference the driver can make there. I’ll always remember my first race there in 1990 with the Tyrrell-Ford on Pirelli tyres, which meant that I had really good pace and was able to finish just one second behind Ayrton Senna, who won the race. The following year I had another fantastic podium: third with Ferrari, just behind Senna and Nigel Mansell. Monaco is a circuit that rewards car set-up and skill rather than outright engine power.

You run as much downforce as possible through the corners, which make up pretty much the entire 3.3 kilometres of the circuit. The tyres are obviously really important, with the arrival of the supersoft meaning that the cars will be able to make the most of their performance. There’s quite a big degree of track evolution in Monaco, with a dirty surface on Thursday, so you really have to wait until the track is more rubbered in on Saturday before you see any significant times. Strategy is going to be interesting: I reckon a set of fresh supersofts at the end of the race could make a massive difference.”

The circuit from a tyre point of view:


Monaco has a unique format, with free practice taking place on Thursday and then no Formula One action until Saturday, as on Friday afternoon the track is open to general traffic. This affects the usual pattern of track evolution, with much of the rubber laid down on Thursday disappearing during Friday, while normal road traffic also drags dirt and debris onto the surface.

The exit to all the slow corners that characterise Monaco means that wheelspin is a constant risk. That risk is increased this year due to the extra torque from the turbocharged engines, so looking after the tyres by avoiding wheelspin will become all the more important.

With mechanical grip being a more significant influence than aerodynamic grip, getting the tyres into the ideal operating window and keeping them there is essential. A consistent and smooth driving style, with a proper tyre warm-up, is vital to achieve this.

Monaco is rarely won from beyond the front row of the grid, putting the emphasis on qualifying. However, even the quickest cars can be caught out by traffic on the tight confines of the track, meaning that finding a clear window to run in during the session is as important as ultimate pace.

Nico Rosberg won for Mercedes last year, having qualified on pole. He claimed victory with a two-stop strategy (supersoft-soft-supersoft) but the race was also affected by two safety car periods, which effectively handed drivers a ‘free’ stop.