Pirelli plans to introduce a new Formula 1 tyre construction from next month’s British GP at Silverstone in the wake of the failures in Baku.

The teams will be asked to test the new construction on the Friday of next weekend's Austrian GP, before final approval is given.

Pirelli's tyres suffered two high-profile failures during the Azerbaijan Grand Prix, as Lance Stroll and Max Verstappen both retired from the race after high-speed crashes on the main straight. In response, Pirelli increased its monitoring of the starting pressures that teams began the race with, following accusations that some teams were allowing them to fall during the race.

The change of construction was discussed on Friday afternoon at the Styrian GP at a meeting of team bosses chaired by Ross Brawn, with Pirelli's Mario Isola explaining the thinking behind the change.

It is understood that the C4 will be used at the Red Bull Ring, as the stock of the harder C1, C2 and C3 tyres will be required for Silverstone.

The Italian company asked the FIA and F1 if it could use a more robust construction, which features the same profile as the current tyres, but a stiffer sidewall. The change can be mandated by the FIA on safety grounds.

Silverstone is traditionally a hard circuit on tyres thanks to the high speeds and high loadings, and there have been instances of failures in the past. 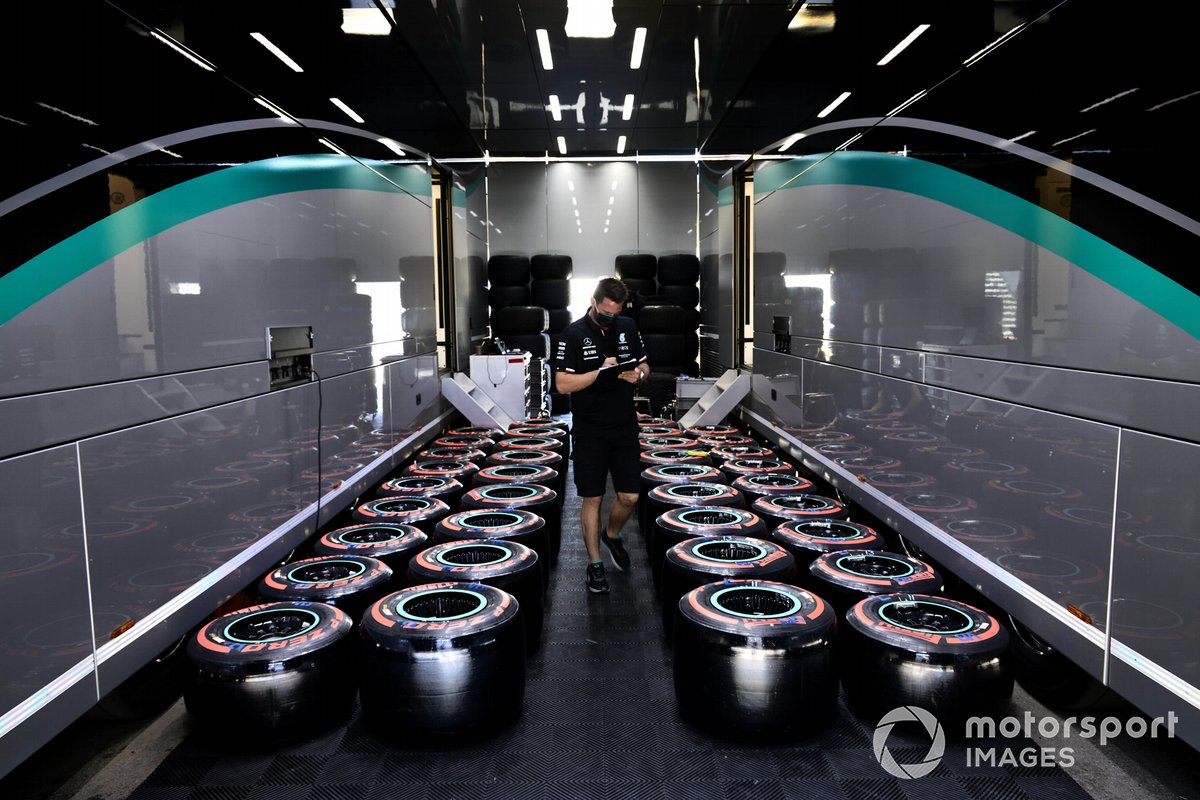 The tyre company explained: "Pirelli, in agreement with the FIA, Formula 1 and the teams, will test a new rear construction of tyre in free practice at the Austrian Grand Prix on Friday 2 July to evaluate its effectiveness to further improve robustness of the tyres.

"This decision has been taken in addition to the recently issued technical directive and the latest starting parameters prescribed by Pirelli, in light of the fact that it is not currently possible to monitor running conditions in real time.

"This will remain the case until next year, when standard Tyre Pressure Monitoring System (TPMS) sensors will be introduced across all teams.

"Next Friday, each driver will have two sets of these new tyres available for use during either free practice session.

"If the test is successful, the new rear specification will be introduced from the British Grand Prix onwards, replacing the current specification. The new rear construction incorporates some elements that have been developed for use in the latest 18-inch Formula 1 tyres from 2022.

"With this new structure Pirelli provides a tyre that can guarantee even greater levels of integrity under the extreme conditions that can be generated by the current cars."