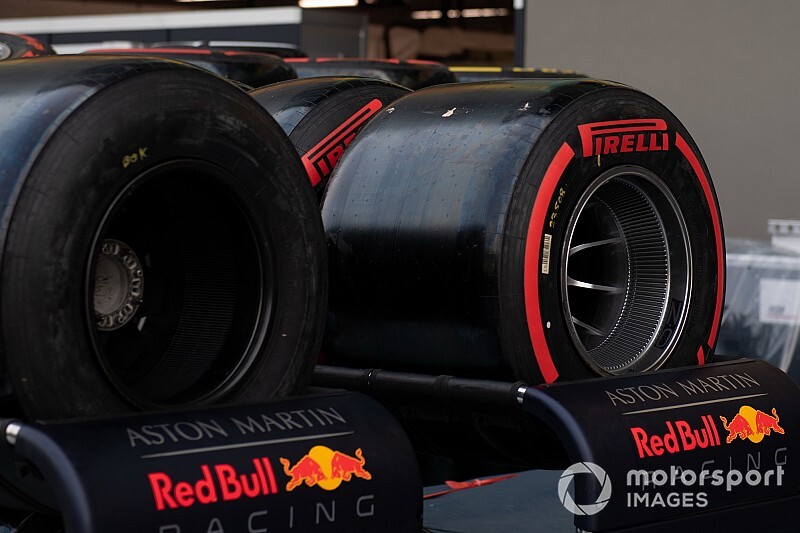 Pirelli is using new secret testing procedures pioneered at its Milan factory to ensure that next year's Formula 1 tyres can deliver the wider working range hoped for.

On the back of concerns voiced by teams that the 2019 generation of tyres have too narrow an operating window, Pirelli has agreed to try to expand it for next year.

Development of the 2020 rubber is well advanced, but one of the key issues for Pirelli was finding a way to test that the compounds it wants to use will work over a wider variety of temperatures.

Pirelli's head of car racing Mario Isola has revealed that techniques have now been developed for indoor testing to help Pirelli hit that target.

"What we are doing for next season is to redesign the construction in order to modify the footprint, and this is mainly to reduce overheating," explained Isola when asked by Motorsport.com about the plans for 2020 tyres.

"And to design new compounds with new ingredients we are exploring new directions in order to have a wider working range.

"If you measure the working range of the same tyres and same compound on track, on two different cars, or two different tracks with different asphalt, it is different because it is affected by a lot of different parameters.

"So to identify the working range, we need an indoor test that is repeatable. And this is giving us the opportunity to compare compounds and to understand if we are going in the right direction to have a wider working range or not.

Pushed on revealing more about the tests, Isola said that he could not elaborate further because Pirelli wanted to keep what it was doing to itself.

"You are trying to discover confidential information that I cannot really say," he said. "It is quite an important achievement and it was a hard job for the people there. We would like to protect it and not give our competitors the information.

"But it is something that is a new system, a new process. It was a way of finding a new methodology."

The move to widen the operating window for the tyres has been prompted by the difficulties that some teams have had this year keeping their tyres at the right temperature.

For Haas in particular, its struggles to keep its tyres working has hampered its ability to score points, so any change for 2020 that makes things easier will be welcome.

But Haas team boss Gunther Steiner says his outfit cannot rely on a 'magic' tyre to transform its hopes in F1.

"I don't rely on Pirelli because we haven't seen a solution yet," he said. "Even with a different tyre we would not drop off this brutally but we would still not be fast enough. We need to work on ourselves as well.

"This tyre just needs loads of downforce to make it work and that is what we haven't got. So it is pretty obvious when you see it.

"I am not relying on Pirelli to come up with a magic tyre because even with a magic tyre on this car we would not be fast as the other ones would still go faster. The drop off wouldn't be as brutal but the rest would be pretty similar.

"So we need to work on ourselves as well and see what Pirelli comes up with and hopefully the tyre will not be worse than this one."

The missing answer that reversed grids could bring to F1