The "stupid" F1 conspiracy theory that can finally die 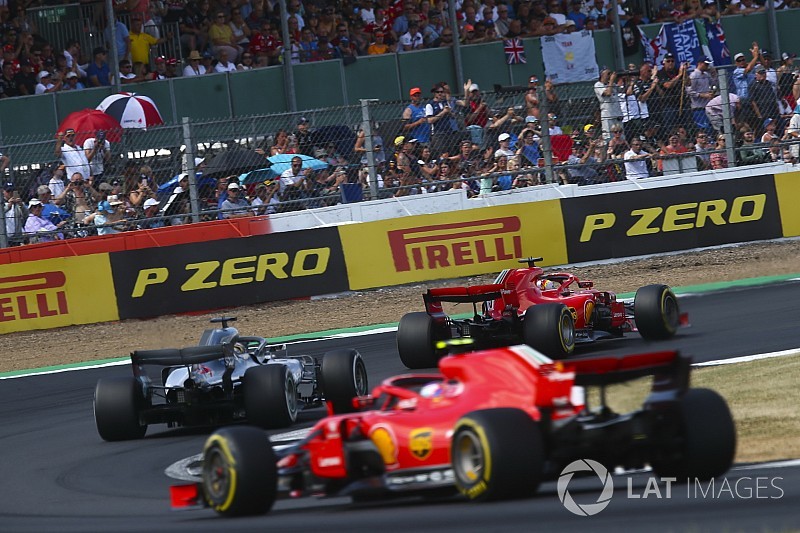 The completion of Formula 1’s triple-header last weekend should kill off a “stupid” conspiracy theory that was surviving despite mounting evidence it was nonsense.

When Pirelli announced it would make tyres with a 0.4mm thinner tread for the races in Spain, France and Britain to avoid blistering, some considered it a move to help Mercedes after the champion team experienced problems during pre-season testing.

Suggestions of favouritism emerged particularly prominently during the Spanish GP weekend and returned in France and Britain, with Mercedes’ Lewis Hamilton on pole for all three races and winning two of them.

But Pirelli’s modified tyre was introduced after “all the teams” were affected during pre-season, according to its F1 boss Mario Isola.

Barcelona and Silverstone were resurfaced over the winter, and those tracks would now generate a lot of grip that put a lot of energy through the tyres.

This would not wear the tyres physically but would drive surface temperature up, causing blistering, and Pirelli considered that Paul Ricard’s smooth, high-speed circuit would also leave it subject to the same problem.

“I’m sure we were not far from blistering at Silverstone,” says Isola of last weekend’s British Grand Prix. “With standard tread we probably had blistering.

“With this reduced gauge, it was possible to have a real race, looking at the real performance of the car, without any external effect that was changing the balance.”

Sebastian Vettel tried the normal Pirelli tyres in the post-Spanish GP test in May and admitted Ferrari would have been worse off in the race without the modified rubber.

While France was not a problematic race for tyres, in Britain Vettel struggled with his front-left and fell vulnerable to Mercedes’ Valtteri Bottas at the end of the first stint and again as the second wore on.

Ferrari’s vulnerability at Silverstone could be linked to its car’s upgrade floor and diffuser, which boosted overall performance but may have also stressed the tyres more.

Car set-up has a significant impact on how teams prevent or trigger blistering and Vettel experiencing some difficulty at Silverstone is similar to Barcelona, where Ferrari trialled its new rear suspension for the first time.

“In Barcelona it was very important to have the test after the race to show that we didn’t make this [change] to give an advantage to anybody,” Isola says.

“Sorry to say, it’s stupid. We are supplying everybody, any team that is winning a race is on a Pirelli tyre.

“There is no real advantage for us to give support to one or another.”

The bottom line is teams that are supposedly kinder on the tyres than Mercedes should not have suffered problems when the tyres were tweaked to handle that better. Evidently, this was not the case.

Pirelli’s modified tyres were only planned to be used for those three races, so the non-issue should finally be over.

If they do return, this year or next, the conspiracy theory should not re-emerge with them.