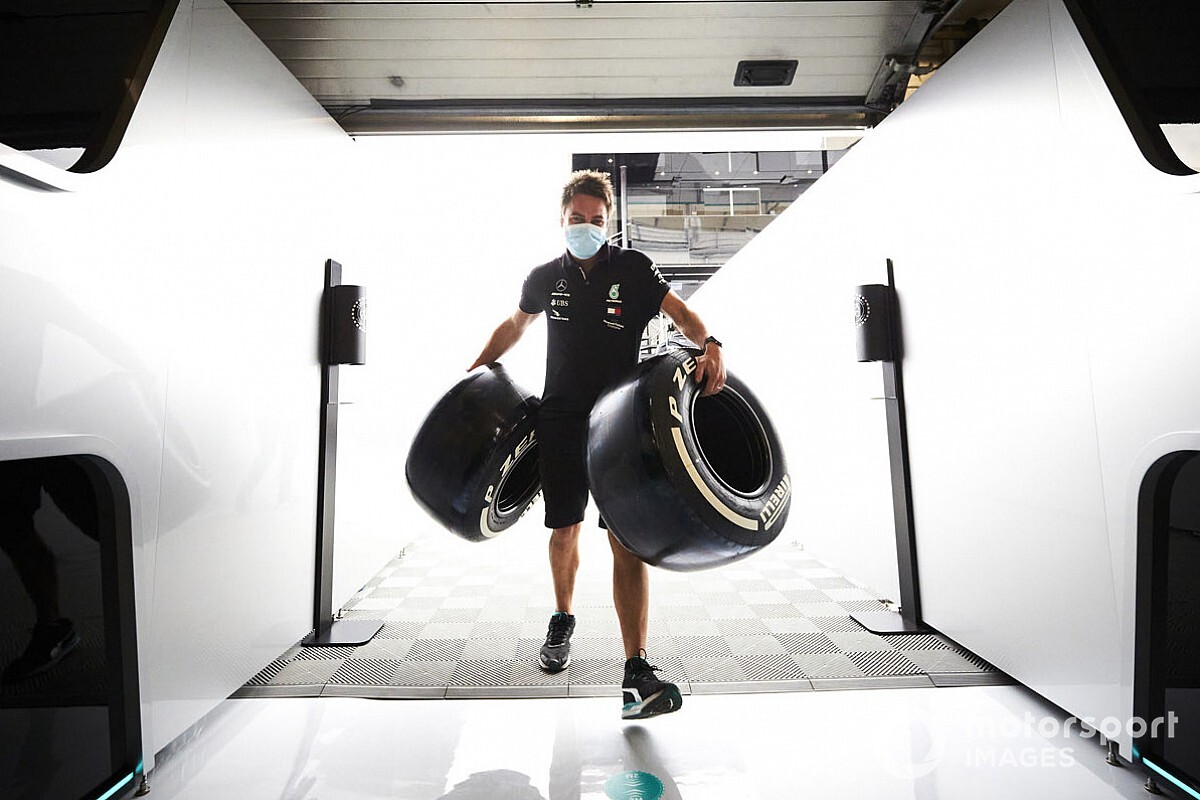 All 10 Formula 1 teams will test 2021 Pirelli prototype tyres on the Friday of the second Silverstone race and the Barcelona event the following weekend.

The FIA sporting regulations have been changed for this season to give Pirelli the option of some extra testing time, as there is no separate dedicated programme.

All teams are obliged to run the prototypes on both their cars in the first 30 minutes of FP2 on the two race weekends. The rules state that only reason they can be excused is if a car "has suffered irreparable damage".

At the moment Pirelli is committed to running the same tyres for the 2019, 2020 and 2021 seasons, and for that reason the FIA has introduced a change to the floor regulations for next year in order to keep a lid on downforce.

However, the Italian company still wants to make some tweaks to the 2021 spec to build in an extra margin.

"We've sent to the teams the information that we intend to use the option of having the first 30 minutes of FP2 available for tyre development testing during the second race in Silverstone and during the race in Barcelona," said Pirelli F1 boss Mario Isola.

"The idea is to test different solutions with an improved integrity, which means these tyres can work at a lower pressure, and a few other solutions, with a target to reduce overheating.

"These prototypes are for 2021, and if we collect enough information the target is to freeze the construction and compounds for 2021 with these two validations.

"It is not a new tyre, it is not a complete new construction. It is impossible for us to have proper development during the season, it is not in our plans. But obviously we would like to test a few ideas to improve the integrity considering that the teams are going to develop their cars and add downforce to the cars for next year.

"The technical regulations will be modified to reduce downforce at the beginning of the season, but it is possible that we have at the end of 2021 an increased level of downforce, and therefore we would like to test these prototypes."