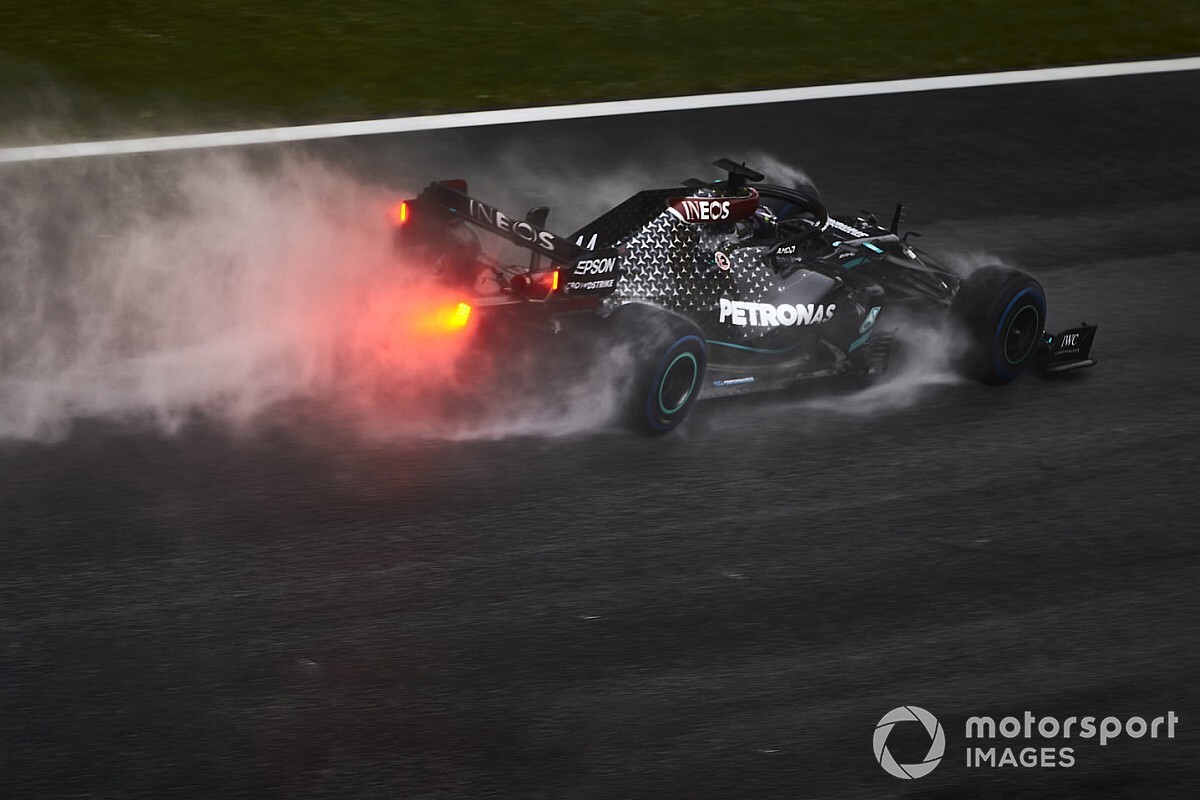 On a soaking wet Saturday at the Red Bull Ring, Lewis Hamilton’s pole position lap for the Styrian Grand Prix demonstrated his superhuman talents on a day Formula 1 needed patience with the weather.

After the final practice session washout, fears grew within the paddock that qualifying could be called off on Saturday afternoon as the forecasted storm delivered torrential rain which soaked the Austrian circuit. But after a 45-minute delay from its scheduled start time, qualifying for the first Styrian GP got underway in wet conditions which truly tested the skills of the F1 drivers.

In a thrilling session, Lewis Hamilton confirmed his superiority in the wet with a phenomenal lap which provided memories of his 2008 British GP win in similar conditions.

Autosport Grand Prix editor Alex Kalinauckas is joined by F1 reporter Luke Smith to go through the exceptional performances and the major disappointments from qualifying for the Styrian GP in the latest edition of the Autosport podcast.