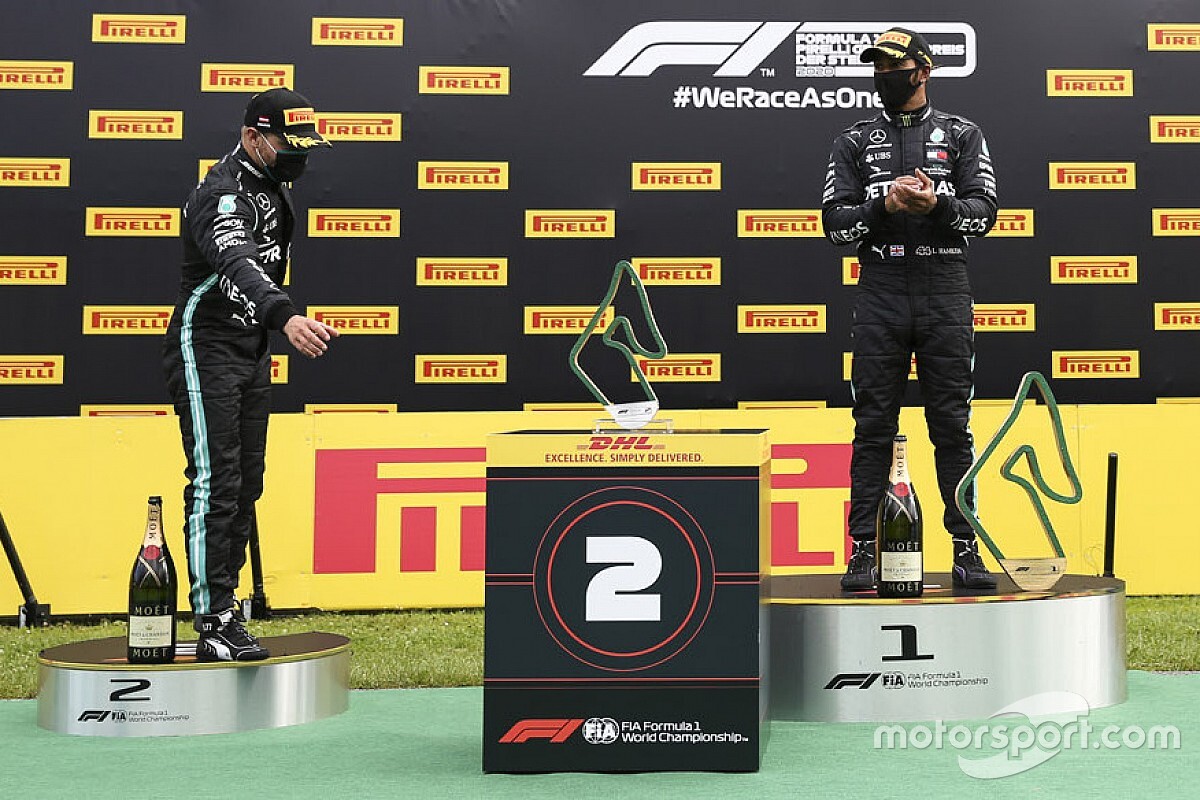 As a social distancing measure, no VIPs are currently allowed to hand over trophies, and for the Styrian GP F1 introduced a system that used large remote controlled boxes to deliver them to the top three drivers and the representative of the constructor.

It was trialled for the first time after Saturday's F2 race, before being used for Sunday's Grand Prix, where Hamilton was joined by runner-up Valtteri Bottas and third-placed Max Verstappen.

The world champion, who didn't make the podium at the previous weekend's race, says that the lack of spectators and low-key atmosphere really hit home.

"I thought it was weird," said Hamilton. "It definitely seemed weird. I'd have preferred them just to throw it to me or something. In all honesty, it's a really, really weird time.

"Whilst you're in the work zone, everything seems normal, and when you're driving and you're racing, at this particular track, there's quite a big distance between the grandstands, the fans, so it's not as easy to see them, particularly on the infield section. On the pit straight you can.

"It really, really hit me, when I came out at the end there, when you get out of the car, and no atmosphere. You miss the fans. It just shows how the fans make a big difference. I really, really missed it for that moment.

"Definitely a bit OTT (over the top) in my view, since everyone here has been tested, and wear gloves and all that kind of stuff."

Bottas, in contrast, was less critical of the new system: "I think it's pretty cool. I saw them already in the F3 or F2 race, I saw that you know drivers have to go and pick it up from the robots. Standard podium, it just comes to your hand, so it's pretty cool."