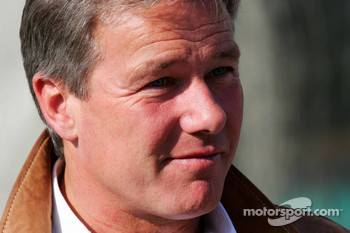 He said Propulsion Universelle et Recuperation d'Energie, to be known as Pure, is already designing an engine for the new 2013 turbo regulations.

There are at present only four engine suppliers in F1: Ferrari, Mercedes, Renault and Cosworth.

Pollock said he has not yet spoken to the teams about his plans but has scheduled talks for the Spanish grand prix later this month.

"Our design and development is already way down the road and we are now ready to approach the teams," said the 55-year-old Scot, who brought Villeneuve into Formula One and then founded Brackley based British American Racing.

Our design and development is already way down the road

Villeneuve is apparently not involved with Pure, with Pollock confirming that he is funding the project whilst finalising contacts with partners.

The Renault-linked Mecachrome is reportedly involved, and Pollock revealed he has the "very clear backing" of the FIA and Bernie Ecclestone's "support".

"We wish Pure every success in developing powertrains compliant with the new FIA regulations," a Pure media statement quoted Jean Todt as saying.

Derek Warwick to be steward in Turkey