The winner of the Canadian edition of the INFINITI Engineering Academy wins a one-year placement at both Renault F1® Team and INFINITI. 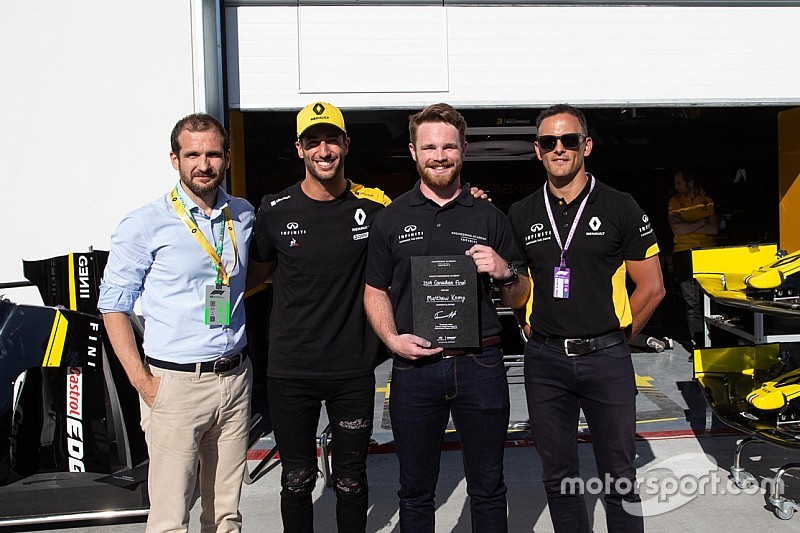 An engineering student from Canada is hoping to follow in the footsteps of his compatriot by securing a full-time job working in Formula 1. In the pitlane of the Canadian Grand Prix, Matthew Kemp was announced as the winner of the Canadian edition of the 2019 INFINITI Engineering Academy.

Kemp, 20, has won a one-year work placement at both Renault F1® Team in Enstone and INFINITI’s Technical Centre in Cranfield. After studying at Mechanical Engineering at the University of Calgary, he will commence his work placement for six months at each location in the UK from next January 2020.

“I’m delighted, it’s been a long journey with some tough challenges, but to come out on top is an incredible feeling,” said Kemp about his success. “I’m really looking forward to moving to the UK and working with some of the best engineers in the world. I’m so thankful for this opportunity.” 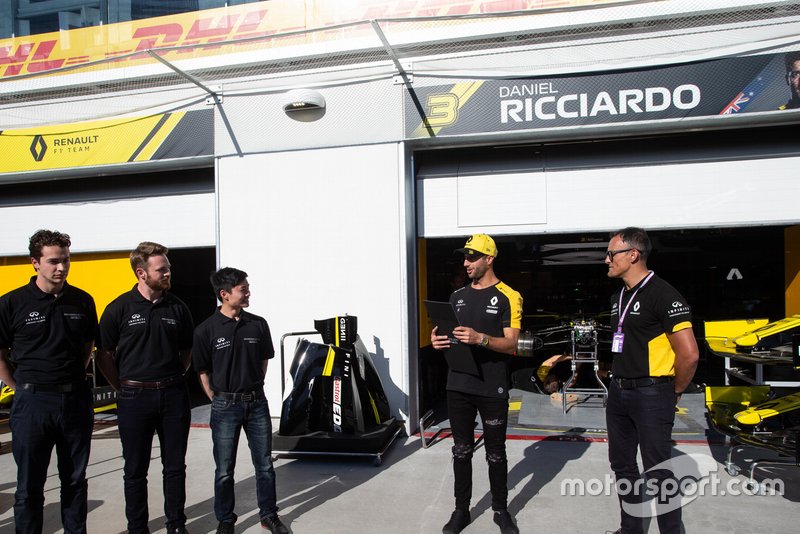 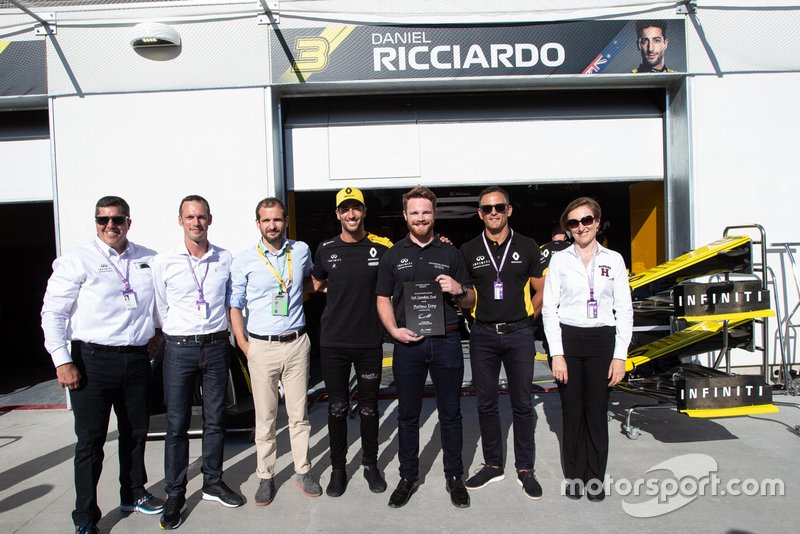 Kemp will follow in the footsteps of fellow Canadians, such as Matthew Crossan who won the 2017 Canadian INFINITI Engineering Academy, the competition developed by the premium automotive manufacturer to find the brightest young engineering minds across seven regional locations around the world.

After he’d finished his prize of work experience, Crossan was offered a job at Renault F1® Team. He now works full-time as a Simulation Development Engineer in the team’s Vehicle Performance Group and started his new position at Enstone in December, 2018.

“We are thrilled to see Matthew Crossan realize his dream; this is what INFINITI is looking to achieve with the INFINITI Engineering Academy – providing a career launch point to talented, young student engineers by empowering them with a one-year internship at the pinnacle of motorsport and automotive technologies.” said Adam Paterson, managing director of INFINITI Canada.

“Matthew’s full-time placement evokes a sense of national pride – the Canadian presence on the global motorsport scene is steadily increasing thanks to the INFINITI Engineering Academy.”

With a passion for motorsport, Crossan began his post-secondary schooling at Western University in Ontario studying mechanical and materials engineering. He was clearly a standout talent and his success in the INFINITI Engineering Academy has led him to fulfil his dream job.

Crossan was selected from thousands of entries after he had applied online at https://academy.infiniti.com and beat nine other finalists to scoop the prize.

Pelletier had always held a passion for motorsports, after an early career racing behind the wheel, the Canadian become an automotive/motorsport engineer, by obtaining a degree in Automotive Engineering at the University of Ontario Institute of Technology.

Last year Pelletier demonstrated his engineering talents across a number of challenges, where he and rival candidates competed both with and against each other.

“The last few days have been filled with a variety of emotions,” Pelletier admitted when he won the 2018 Canadian INFINITI Engineering Academy last June.

“This is an amazing opportunity. Excitement is the best word to describe how I feel right now; excited about the win and to be part of the Renault F1® Team and to get my career started with INFINITI.

He added: “I would recommend all engineering students to follow suit and enter the 2019 edition of the INFINITI Engineering Academy.”

There is still time for students to apply for this year’s competition in five global regions: China, Asia & Oceania, Mexico, USA and the Middle East. To secure this unique work placement integrated into a training and mentoring programme with world-leading engineers, then you must be fluent in English and studying an engineering or science degree (or have graduated in the last 12 months) and be a permanent resident in one of the eligible regions.