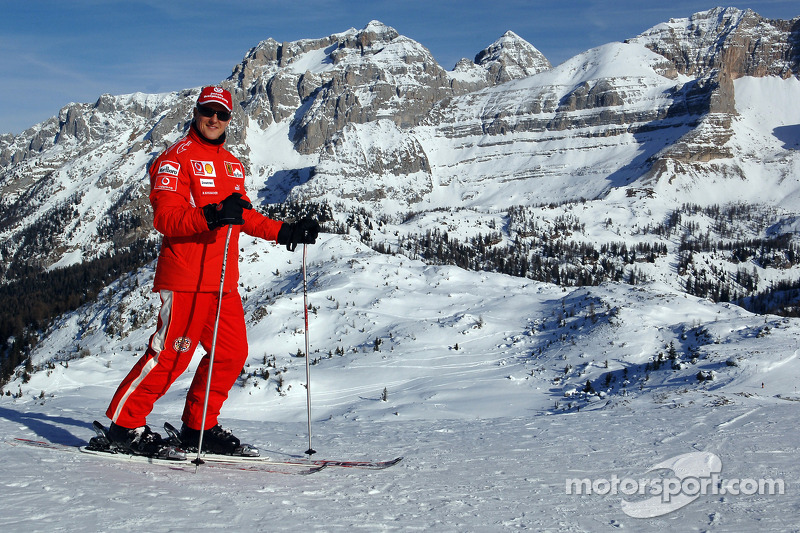 Investigators are still examining about two minutes of footage from Schumacher's helmet camera.

Albertville prosecutor Patrick Quincy was very cautious during a Wednesday morning press conference to give details about the ongoing investigation of Michael Schumacher's skiing accident on the slopes of Méribel in the French Alps on Dec. 29.

In front of the world's media, Quincy confirmed that his investigators are in possession of a helmet camera video worn by Schumacher during the crash, saying it is currently being reviewed "frame by frame" by technicians in order to determine more details about the accident such as the seven-time World Champion's speed at the time of impact.

"The footage is perfectly visible," he said.

Quincy said Schumacher crossed markers delineating a skiing trail, and was indeed traveling out of bounds at the time of his accident.

He said the seven-time champion's skis struck an exposed rock causing him to lose his balance, while traveling at a speed consistent with a "good skier" on a gradual slope.

"He fell forward and hit his head on a rock lying a few metres from the edge of the marked piste," said the prosecutor.

Stéphane Bozon, with the Gendarmerie of Savoie, said the skis were found in good condition and were not the cause of the accident.

Quincy said that the slope borders were properly indicated, confirming what was originally stated on the day of the accident by officials.

The prosecutor said the investigation has not evolved enough in order to determine whether any charges will be made, stating it may take weeks before any conclusions can be drawn.

"I'm currently in the evidence-gathering phase of the investigation," he said. "This is the classic investigation process here in France."

Quincy also addressed reports of an amateur video made by an onlooker who then turned over the footage to German media Der Spiegel saying his investigators have not received any information or video from the newspaper, adding that he highly doubts the video's existence.