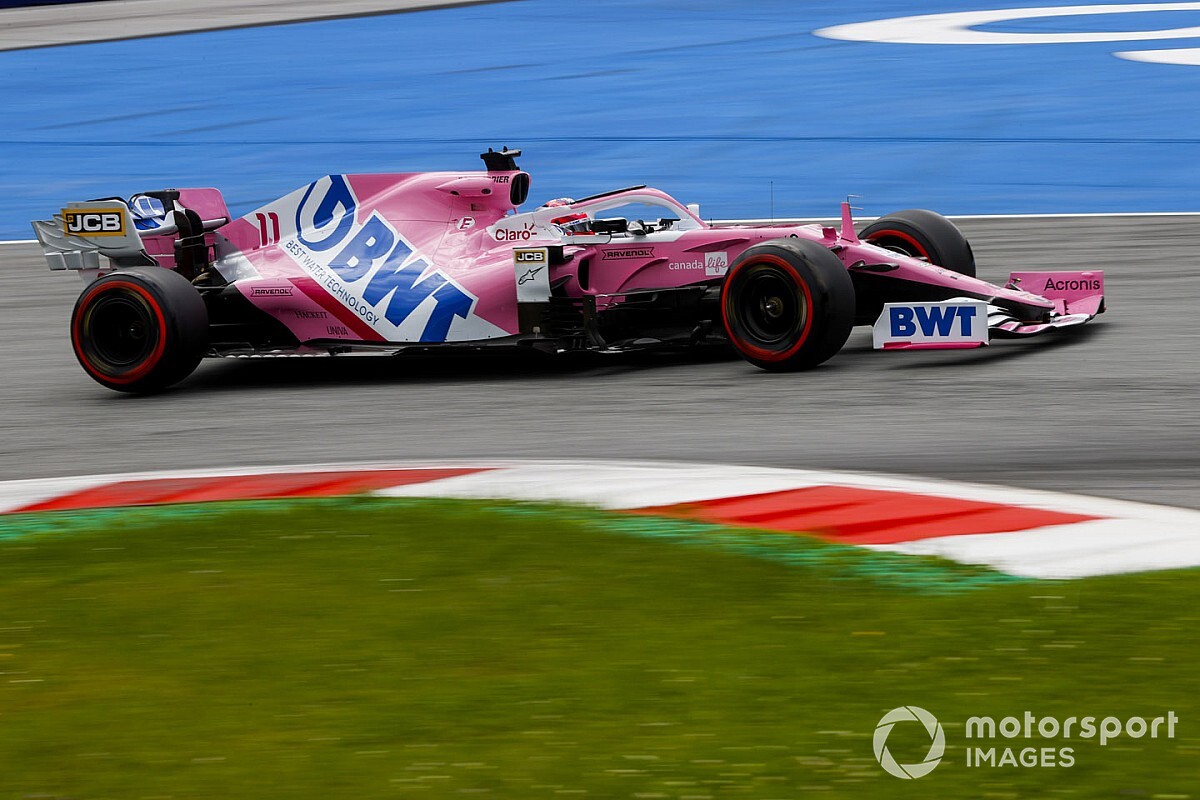 Racing Point’s rivals say the team is as fast as they feared in Formula 1 pre-season testing, and could even be a genuine top three contender this year.

The Silverstone-based outfit had played down its expectations after a strong two weeks at Barcelona in February, but it proved its strength on the opening day of practice in Austria as Sergio Perez emerged as the closest challenger to Mercedes.

The car’s form on both short and long runs has impressed the team’s competitors, amid expectations it will keep up its pace in qualifying.

Haas’ Kevin Magnussen said that while nobody could have been certain about Racing Point’s true pace after testing, now it was clear where it stood.

“I would say that's as fast as we feared they would be,” said the Dane, when asked by Motorsport.com for his thoughts on the team’s performance.

“They look very fast, but you never know in testing whether they gun for a glory run with zero fuel and soft tyres. But they seem to live up to the expectation.”

McLaren’s Carlos Sainz reckoned that Racing Point was out of touch for his team.

“Racing Point were particularly quick today,” said the Spaniard. “We were expecting them to be quick, but on such a short circuit, to have the advantage they had over the rest of the midfield was particularly impressive.

“My opinion is that they are way too far away to try and mount a fight to them, but at least Renault, we look to be in the ballpark with them. It’s going to be good fun.”

Romain Grosjean said that long run analysis of Perez’s pace had suggested that the team wasn’t just top three material – it could also be a match for Valtteri Bottas.

“What I heard, I didn't get the time to see the timing in details, but I heard that they were matching Bottas – or Sergio was matching Bottas' on the long run,” he said.

“Obviously they have that partnership with Mercedes and their car is very similar to the Mercedes one, which is the best one out there, so you know, good on them.

“We have a partnership with Ferrari. Maybe we work a little bit differently. But I think is a great model. And it's going to be good to see a little bit of diversity and change of colour fighting for good positions.”

Looking at the overall formbook, Grosjean added: “We can set the field in to three trenches. Mercedes, Red Bull and Racing Point. Then I would say Ferrari, McLaren and Renault. And then AlphaTauri, Sauber and ourselves, with Williams just behind.”