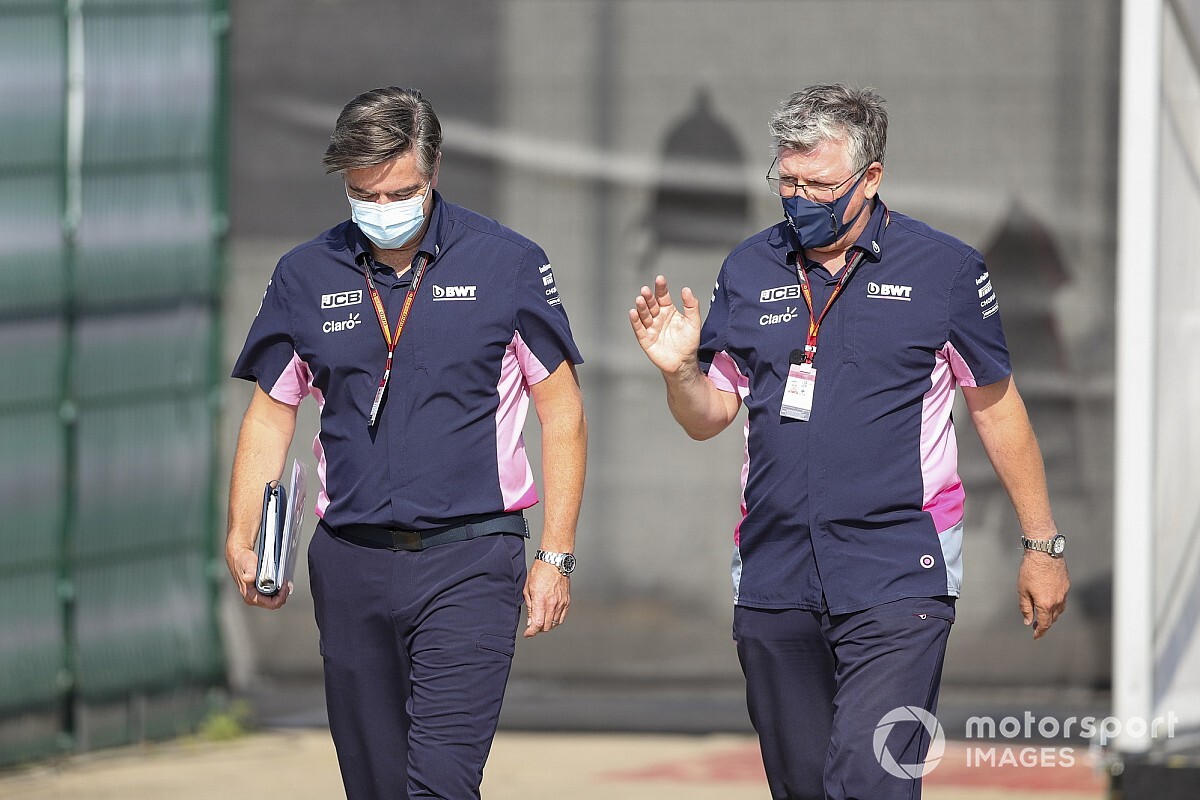 F1 is currently finalising the updated set of commercial terms with all 10 teams that will come into force for 2021, with the existing Concorde Agreement expiring this year.

The new commercial agreements are aimed to introduce a fairer distribution of revenue between all 10 teams, as well as tweaking the governance structures.

Mercedes F1 boss Toto Wolff said on Friday that the team was not yet ready to sign despite a deadline of 12 August set for the agreements to be finalised, prompting F1 to respond by saying it would "not be delayed any longer" in pushing the deal through.

Wolff also said that most teams were unwilling to talk against commercial rights holder Liberty Media publicly about negotiations, and that most were still looking for some modifications to be made.

Racing Point team principal Szafnauer said he was still looking for some modifications to be made to the commercial proposals before committing to sign.

"The majority of the Concorde to us is fine," Szafnauer said. "But around the edges, there is still a lot of stuff around the periphery that we aren't fine with.

"If we were to decide today, or asked to sign today, we would want more work on the 10% or the 5% around the edges."

Mercedes is understood to have reservations over its treatment in Concorde talks, believing it deserves greater recognition for its recent success in F1 and contribution to the sport.

Szafnauer confirmed that Racing Point was still looking for tweaks on both the proposals for F1's "more in the governance area, but a little bit in the money too."

He added: "There's some money things, but more in the governance."

Following the publication of Racing Point's financial results for its first year in F1, Szafnauer told Motorsport.com the financial plans were "getting close to what we want, but it could be better."

Szafnauer also stressed he was not in the group of team principals Wolff had suggested was "up the arse" of Liberty Media, and changing stance when talking in public.

"I'm not really good at that kind of stuff."

Racing Point is only the second team to openly confirm it still wants revisions to the proposals for the Concorde Agreement, with the likes of Haas, Ferrari, Williams and McLaren all saying they are close to being ready to sign.