Racing Point not ruling out fighting Ferrari early on 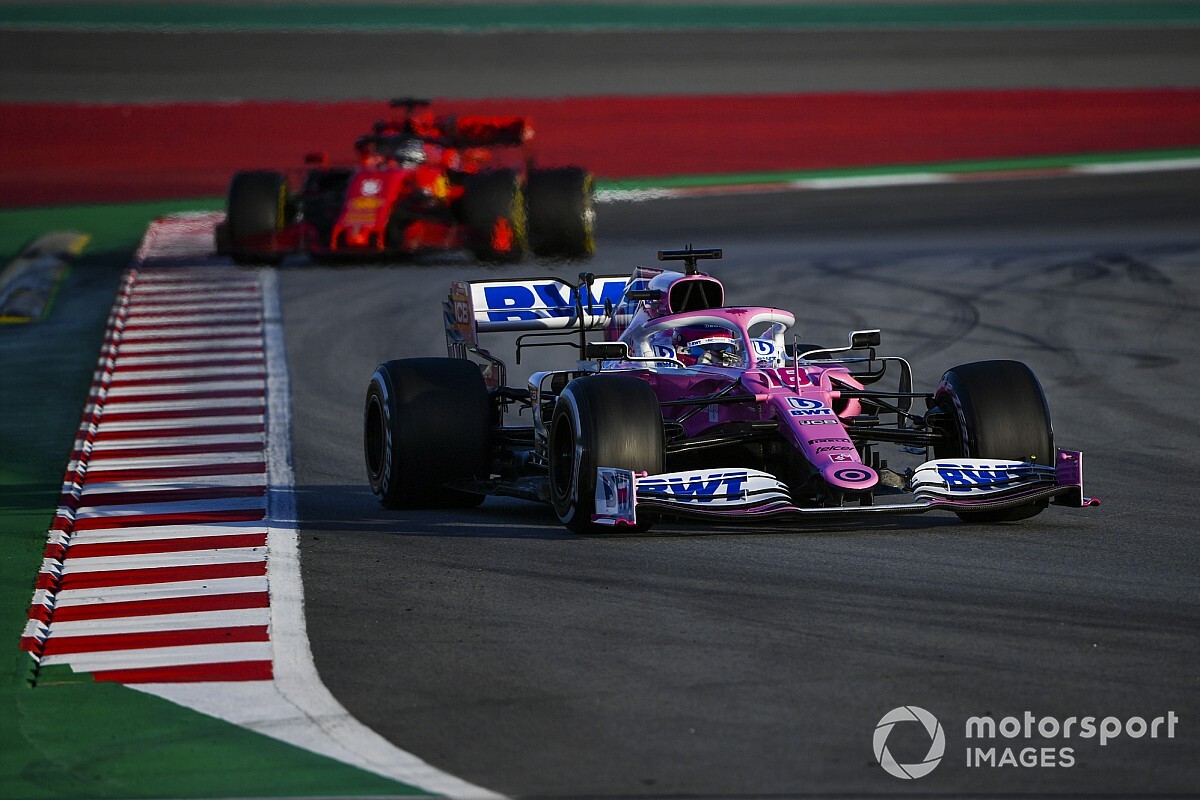 Racing Point technical director Andy Green has not dismissed the idea of his team being a threat to Ferrari at the start of the season.

The Silverstone-based outfit has made a strong start to pre-season testing with its all-new RP20, which has taken inspiration from last year's Mercedes design.

Its form has been such that Ferrari team principal Mattia Binotto, whose own team has admitted it is behind where it wants to be, believes Racing Point could be a thorn in its side.

"They are certainly very close," Binotto told Sky. "I think it's not surprising if you look at the shape of their car. Certainly yes, they are a threat.

"But I am convinced as well that Ferrari as a team is strong enough to develop the car from now onwards, and to make sure that in the future we'll be strong enough not to be threatened."

Asked by Motorsport.com whether he felt Binotto's comments echoed Racing Point's own confidence about its car, Green said: "Let's see. We're just trying to get the best we can out of the package we've got.

"And then I think we'll see where we are in the first few races. It's very promising, that is for sure."

Sergio Perez said this week that the RP20 was the best F1 car he had had in his career, and Green said that although there remained a lot of work for his team to do, he was bullish about the package they had.

"The level of performance that we see from the car, it's sort of as we expected after we got the data out of the tunnel and put it in the simulator.

"The drivers drove the car a couple weeks ago and they were massively enthusiastic about it. So they were prepared for what was to come.

"We were just unsure whether we were going to realize the full potential of what we've seen in the simulation work. Everything that we see so far suggests that we have transferred across from the model side to the full side."