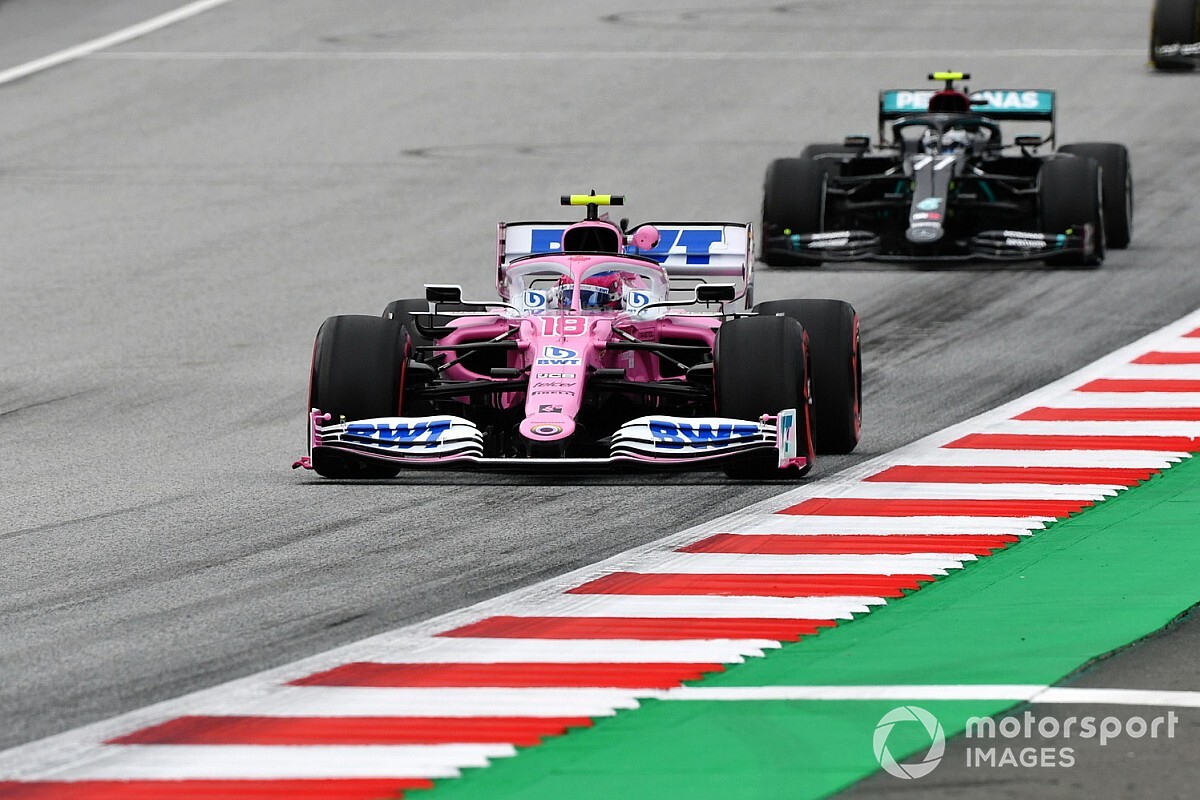 Racing Point CEO Otmar Szafnauer has no concerns about any possible protest from the team’s rivals over the legality of its RP20 car, which has been dubbed a “pink Mercedes”.

Racing Point opted to follow the design lead of Mercedes’ 2019 title-winning W10 car with the design of its 2020 model, much to the frustration of its rivals who were left unhappy by the ‘cloning’ approaching.

The move appeared to pay off in testing as Racing Point ran as one of the fastest midfield teams, a feat it repeated on Friday in practice ahead of this weekend’s Austrian Grand Prix. Sergio Perez ended the day third-fastest, only trailing the two Mercedes drivers, with teammate Lance Stroll seventh overall.

Renault F1 boss Cyril Abiteboul said in April he was “still wondering” about the Racing Point chassis amid speculation a formal protest could have been lodged at the planned season-opener in Melbourne prior to its cancellation. But Racing Point remains relaxed about any potential action that could be taken by rival teams in Austria over the car.

“No, not at all,” Szafnauer said when asked if he concerned about a possible post-race protest. “It shouldn’t be a surprise that the car is quick, we’re using the Mercedes windtunnel which is probably the best tool in the business, they’ve got great correlation, which means the efficiency of the tunnel is quite high.

“We took the opportunity this year because of our stronger financial situation to depart from a high-rake concept that we got inspiration from Red Bull on. We were always compromised when we’re buying the powertrain from Mercedes, including the gearbox. They design their powertrain and gearbox to run a different aerodynamic concept than what we were running, and therefore that high-rake concept that was so well developed by Red Bull would only work so much for us.

“We took the opportunity this year to get rid of that compromise. It would only make sense to have a look at what Mercedes were doing if that’s the kind of concept we’re going to, and it worked out.”

McLaren will not lodge protest

McLaren has reiterated it would not support any action against Racing Point, saying there are no grounds upon which to do so.

“On our side, there is absolutely no intention to launch any protest because I think also there’s no grounds for that,” said McLaren team principal Andreas Seidl. “In the end, Mercedes and Racing Point have chosen to go down this route, which to be honest I think there is also room in the regulations to do what they did.

“Do I like it? Of course I don’t like it. But at the same time it’s possible within the regulations to do something like that and have this co-operation in terms of sharing wind tunnel technology and so on. There’s no reason to complain.”

Asked by Motorsport.com if there was consideration from Renault to lodge a protest in Austria, Abiteboul linked back to the debate about customer cars in F1, a practice that has long been outlawed.

“It’s an old debate, the debate about customer cars. Racing Point has been able to push that to an extreme this year,” said Abiteboul. “I think it will be interesting to see the lap time, because there has been lots of speculation based on winter testing. And as we all know that is very difficult to say anything from winter tests.

“This week is back to racing. We will finally have an idea of the respective competitiveness. If Racing Point complies with the regulations, then they have nothing to worry about obviously. But again, back to racing is the priority number one for this weekend.”

Seidl said that while McLaren was not considering a protest, he was eager for the FIA to clarify how far the envelope could be pushed for such collaborations.

“It’s important for F1 to put out further clarifications towards to the future to make sure that there are certain limitations on what they can do,” said Seidl. “We also have a lot of respect for what Racing Point is doing. We’ve seen in the past that they are a great team, which is always quite successful with restricted resources.

“I prefer to focus on ourselves. We know exactly what we have to do on our side, the McLaren side, in order to make the next steps. And that’s where I use my energy, together with the team.”