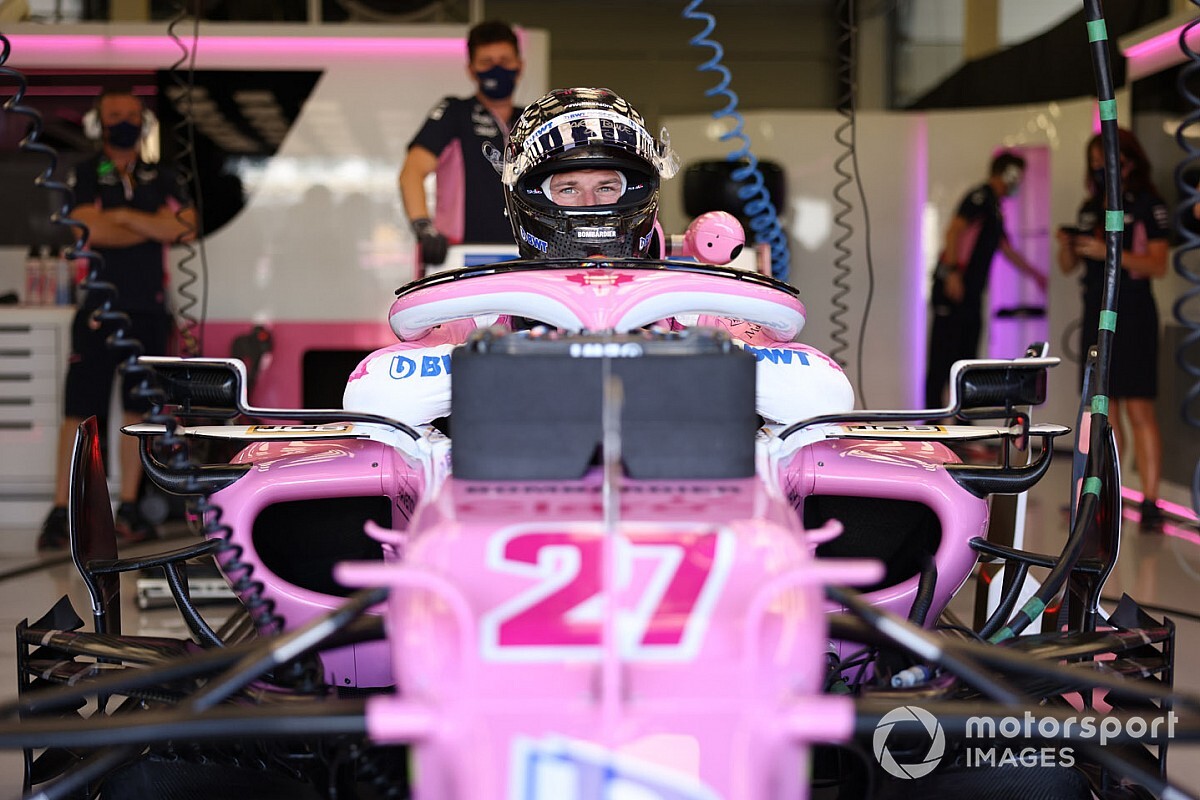 Nico Hulkenberg has been confirmed as Sergio Perez's replacement at Racing Point for the British Grand Prix after receiving a negative COVID-19 test result.

Racing Point announced on Thursday that Perez would be missing the British Grand Prix after testing positive for COVID-19, forcing him to enter quarantine.

The team quickly set the wheels in motion to draft in recent Renault F1 driver Hulkenberg as Perez's replacement, as revealed by Motorsport.com.

Hulkenberg flew to the UK on Thursday in preparation for his shock F1 return, having made his last start at the end of the 2019 season in Abu Dhabi.

But Hulkenberg was unable to enter the paddock at Silverstone until he had a negative test result for COVID-19, as per the FIA's protocols for the closed event.

Hulkenberg is understood to have undergone a test on Thursday evening before a second test at the Silverstone testing base on the outside of the circuit on Friday morning. The results tend to take several hours to be processed and verified.

Hulkenberg was able to get into the paddock just 10 minutes before the start of opening practice at Silverstone, seen in shorts and Racing Point team gear before joining the team in the garage.

"I was on my way to the Nurburgring for another racing project when the call from Otmar [Szafnauer] came," said Hulkenberg.

"That was less than 24 hours ago, so it feels a bit surreal for me right now, but I like a good challenge and this is certainly one.

"It's obviously a difficult situation for Racing Point and Checo. He's a buddy of mine, an old team-mate and I wish him a speedy recovery. I'll step in and try do the best I can for the team."

Team principal Szafnauer added: "Having to find a replacement for Sergio at short notice is no easy task, but in Nico we've got a fantastic supersub who the team knows very well.

"He's certainly being thrown in at the deep end, but he's a fast learner and I'm sure he will get up to speed quickly."

Hulkenberg has not taken part in any officially racing events since then, but was due to appear in the ADAC GT Masters at the Nurburgring next month in a Lamborghini Huracan GT3 Evo.

The 32-year-old spent the majority of his career racing for the current Racing Point squad under its previous Force India guise.

Hulkenberg first linked up with Force India in 2011 as a test driver before stepping up to a full-time seat in 2012, and also spent three years from 2014 to 2016 racing for the team.

Sergio Perez coronavirus: When will he return to Formula 1?